World’s most expensive bikini + Get fit for less

❚ Fashion designer Marc Jacobs was spotted at the beach carrying not one of his own creations, but a huge Hermes Birkin bag, which cost £6,500.
❚ Coleen Rooney wore a grand total of £1,500 worth of swimwear on a week-long holiday in Barbados with hubby Wayne – and spent £800 on a Missoni kaftan and matching bikini alone.
❚ American model and actress Molly Sims recently sported the most expensive bikini (worth £19 million) made with 150 carats of diamonds and platinum. Let’s hope she doesn’t lose it in the pool.
❚ Kate Beckinsale was spotted wearing some £350 Louboutin wedges on the beach – surely they just made her sink into the sand.

MAP YOU DEALS
It’s annoying when you go out for dinner, then discover a restaurant down the road is offering pretty much the same meal for half the price. Well, not any more. Deals on the Dealmap app are  updated daily, with offers from more than 400,000 shops, restaurants and attractions and a service that tells you what’s available in the area you’re in. thedealmap.com

KEEP FIT FOR LESS
If paying extortionate monthly rates for a gym contract is putting you off your January exercise kick, payasUgym is worth a punt. Buy credit and you can visit gyms all over the city (and country) and only pay for the sessions you use. With one-day passes in London costing from £3.20, there’s no excuse. payasugym.com

MONTH OF THE TIGER
Every evening in January, TigerTiger is offering 50 per cent off all food and drink from 5-10pm. Just print the voucher on tigertiger.co.uk and you’re ready to go.

HOW YOU SPEND IT 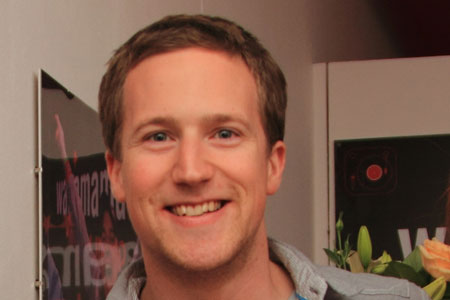 How do you budget?
Limiting dining out in favour of a home-cooked meal, pre-drinks before nights out or going earlier to bars for two-for-one cocktails.

Any money-saving tips?
Catching the night bus instead of a cab after a night out, flying with budget airlines while travelling around Europe and,
where accepted, using Tastecard discounts.

Last big blow-out?
Oktoberfest. It hurt the back pocket bad, but great German food and plenty of steins made it worth it.

What non-essential items do you spend money on?
Gigs, alcohol, Aussie confectionary, bets at the Ascot races and several holidays in one year – Portugal, France, Germany and Belgium, all at different times.

Matt Cardle to star in Memphis The Musical

British Paralympic cyclist ‘critical’ after in hit hit and run