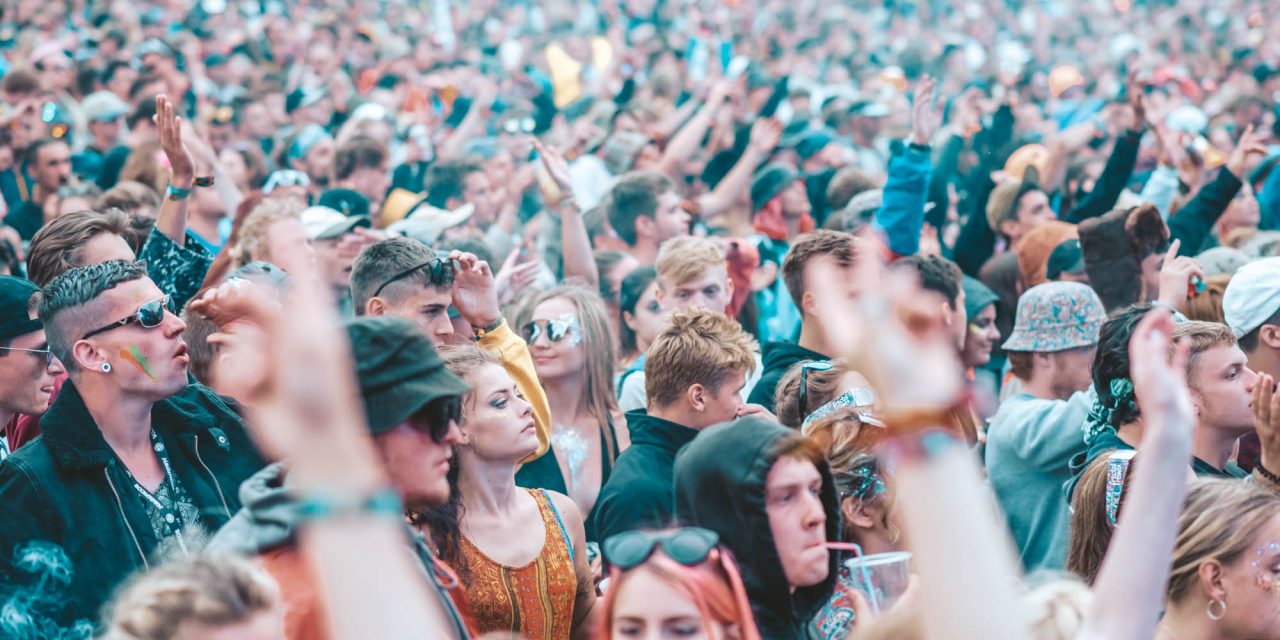 Lion’s Den pays homage to the greats in reggae music, old and new. For that reason, among many others, Fat Freddy’s Drop are perfect for Boomtown 2016.

Internationally regarded as one of the world’s finest live draws, seven-piece band Fat Freddy’s Drop has a sound that has developed over the years. The most modern of institutions, they have sold in excess of three quarters of a million albums independently since the Noughties with a sound that demands to be heard live.

A potent mixture of jazz virtuosity and diaphragm‐wrecking digital sonics, their music is intense with feeling and promises to leave the audience with goose bumps.

Firstly, thank you so much for taking the time to speak to us today. How does it feel nearing your 1000​th​ show? Was that a landmark you always had in mind as a band?

To be honest, I wouldn’t know how many shows we’ve done but 1000 does sound impressive.

I don’t think any of us has been counting but every year we manage to write new music and get out on the road and tour, we consider to be a blessing & a privilege.

You have a substantial fan‐base in the UK (sold‐out 10,000 capacities at London’s Alexandra Palace) ‐ was Europe a deliberate target audience?

Looking at rest of world from a very distant New Zealand, the obvious targets are the U.S and Europe.    As soon as i had made some music I thought was any good … I always felt Europe was the place. I thought Europe was a little more progressive & probably more friendly than the U.S, I also knew more people in Europe.

It’s hard to say exactly which songs and how many were actually conceived on stage but many of them were certainly started there.

Probably more of earlier work, in the earlier years the shows were smaller and lent themselves more to longer jams & more self-indulgent performances.

Independently controlled music is a rare thing in this day and age ~ in what ways has this independence affected how you make and distribute your music?

Been independent means we are our own label. We have 2 record distributors Rhythmethod ‐ NZ & Australia and K7 for the rest of the world.

From the beginning it’s always made sense to us run our own business. We backed ourselves, amongst our crew we felt we enough smarts to take it on & make it work. Of course you make mistakes but you also enjoy the triumphs.

We have 8 core members in Freddy’s and each individual has their own family to fend for, so we’ve always ensured that we are fully involved and in control of our future.

Our UK fans are amazing, they get into it, they don’t hold back. That’s very reassuring for us, it usually encourages us as performers to dig in & deliver strong performances. Our 2 shows at the Brixton Academy earlier this year were off the hook, especially the second night. Possibly one of the best gigs of our career in my opinion.

The audience were locked in and fizzing, something special in the air that night. We also responded and played really good with energetic arrangements & solid playing by all on stage. I’m really looking forward to Boomtown, it feels like a freaky indie festival but with scale.

Their website is a hoot; it looks fresh with plenty of flavour.

Boomtown’s known for being an immersive, theatrical and engaging experience that leaves punters with lasting memories ‐ what has been your most memorable festival experience so far and why?

We really enjoyed playing at the Secret Garden Party a couple years ago. We played on the last day & the line‐up had been very cool. The highlight was David Rodigan’s set in the afternoon, he smashed it. A tasty eclectic selection put together strong & for the dance floor. What I also notice about Secret Garden, there was very exciting visual activity constantly in play. Aside from the main stages there was lots of eye candy, much of it didn’t make sense but it just looked cool and was cool and enjoyed.

A lot of thought had gone into keeping people amused & engaged I thought.

Which artists have influenced you most over the years? Are any of them playing at Boomtown?

Hard to list all my influences, so many … However, there are some artists performing at Boomtown that have given me much musical pleasure & inspired moments.

Right up there is Roni Size and Krust rocking the Full Cycle Sound. I also have some good buddys playing, I look forward to catching up with George Evelyn aka Nightmares on Wax & also having a laugh & a pint with Brad and Dom ‐ The Nextmen.

What should new fans look forward to at your Boomtown performance? Will there be songs from Bays as well as some Fat Freddy classics?

New fans showing up to check Freddy’s at Boomtown should expect 8 very excited musicians doing their damnedest to excite all those in front of them! … and yes we will be playing new tunes from our new album “B A Y S” but we will also drop some old favourites as well. Can’t wait for BOOM TOWN.

Interview with The War on Drugs