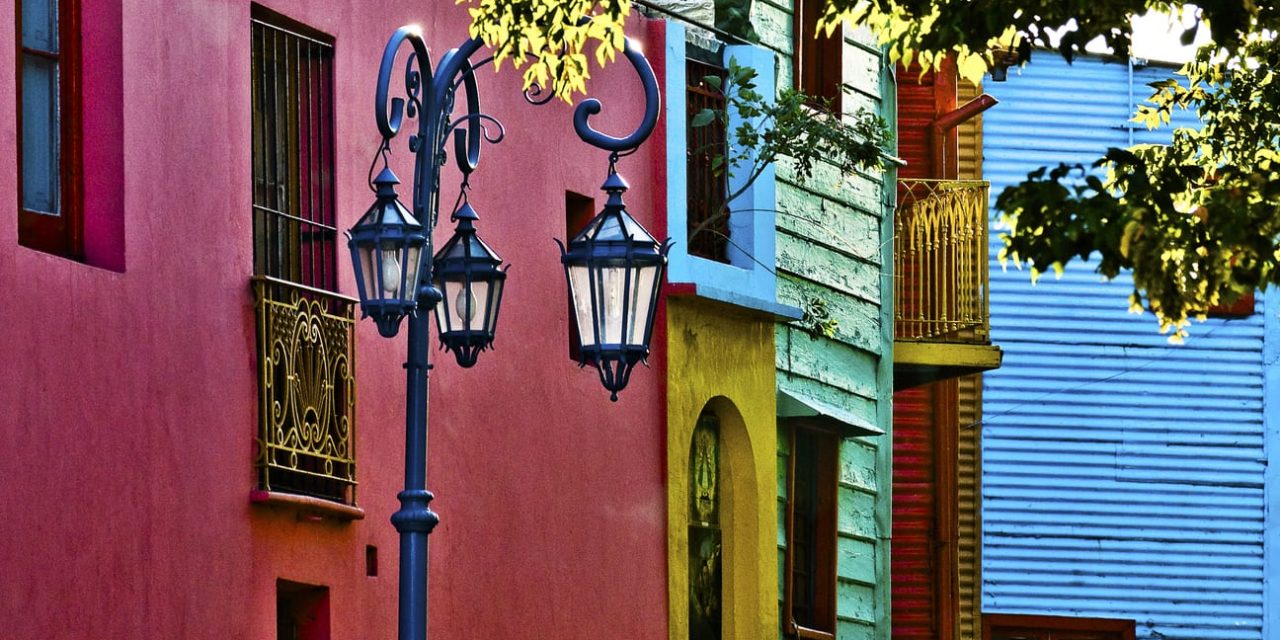 The first long-haul, low cost flight between Britain and Buenos Aires is scheduled to start early next year. The Norwegian Airlines service will link London’s Gatwick airport with Buenos Aires, with flights talking about 14 hours and fares starting from £299. Planning on booking a flight to Argentina’s charismatic capital? Check out TNT’s tips on how to make the most of Buenos Aires on a budget…

Make a beeline for La Boca

Working class La Boca – arguably Buenos Aires’ most iconic neighbourhood – is loaded with charm and colourful corrugated metal buildings (the ones that you see on the cover of every guide book). It doesn’t cost a penny to stroll El Caminito – the barrio’s most famous street and browse the crafts and watch the tango dancers strut their stuff.

Close by lies the legendary La Bombonera stadium where Argentina’s favourite football team play in their famous la azul y oro (blue and gold) strip. Tickets to a Boca Juniors game are notoriously expensive not to mention almost nigh-on impossible to obtain, but you can be content to just take photos outside….Don’t be too showy though for while Buenos Aires is much safer than other Latin American destinations, in barrios like La Boca you do need to exercise caution and common sense. (Google “daylight robbery” in La Boca to see what we’re talking about.) 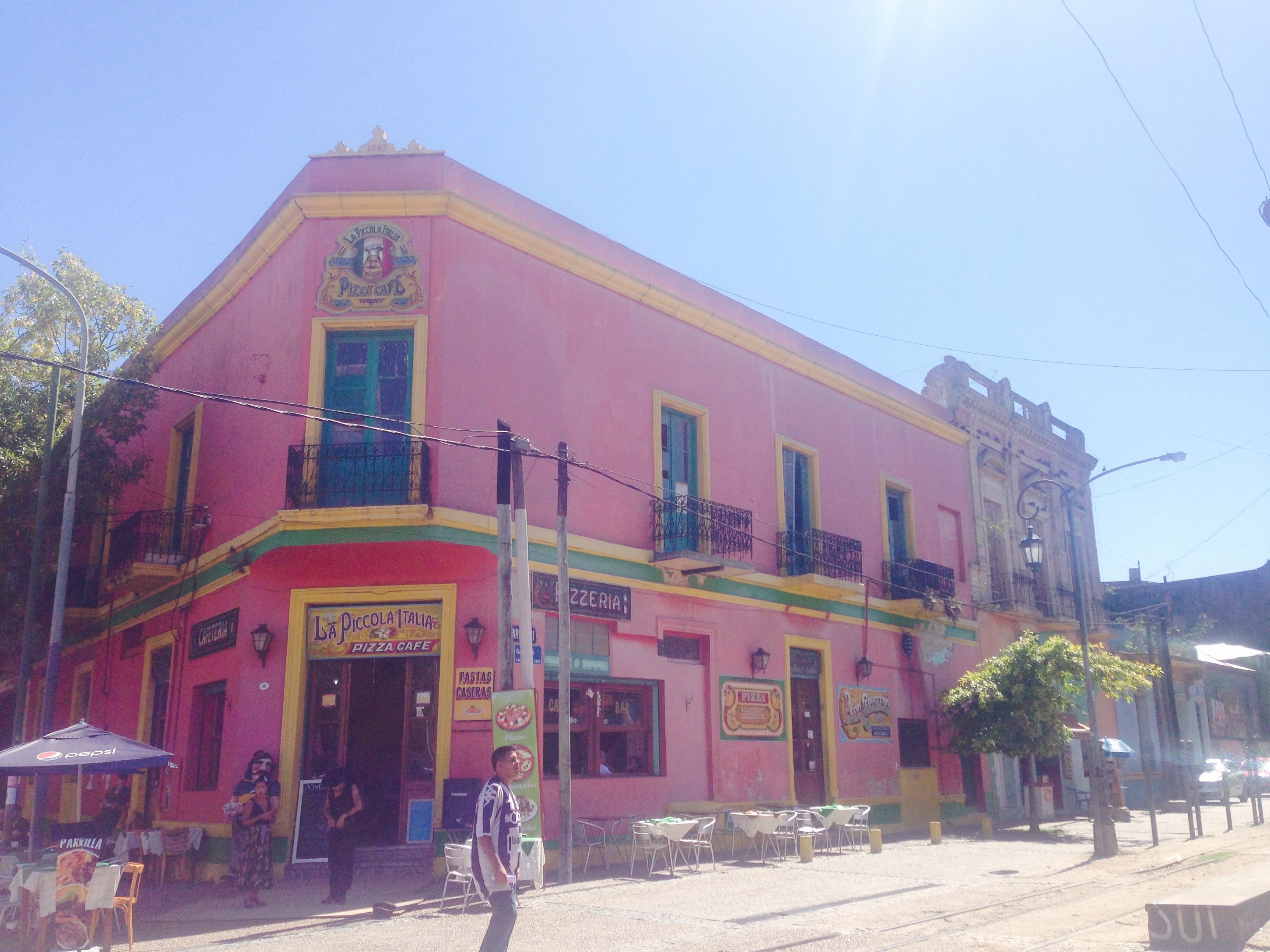 Book lovers rejoice! Book shops may be shutting down left, right and centre in every other city but Buenos Aires is brimming with brilliant bookshops. So much so, that choosing the best is like trying to select the spottiest dog in a kennel full of Dalmatians. Since you ask however, TNT’s pick would be El Ateneo Grand Splendid – voted the world’s second best bookshop by The Guardian. El Ateneo Grand Splendid was once a theatre – as the balconies, white and gold-leaf boxes, crimson stage curtains and high painted ceilings bear testimony to. It’s a must see – regardless of whether you’re in the market for a book or not.

Buenos Aires’ number one tourist attraction? Take a bow Recoleta Cemetery (Junin 1760; 8am-6pm). This city of the dead is where generations of Argentina’s great and good – including Evita – were buried. Even better? It’s absolutely free to see Evita’s final resting place.

Don’t panic about not being able to find Eva Duarte’s mausoleum – simply follow the crowds or join a complimentary tour that’s offered in English at 11am every Tuesday and Thursday. Further more, if you’re visiting on weekends, check out Feria Artsenal. Located just outside the cemetery, this hugely popular fair is the place to put your haggling skills to the test and snap up a fantastic range of homemade goods for a snip. 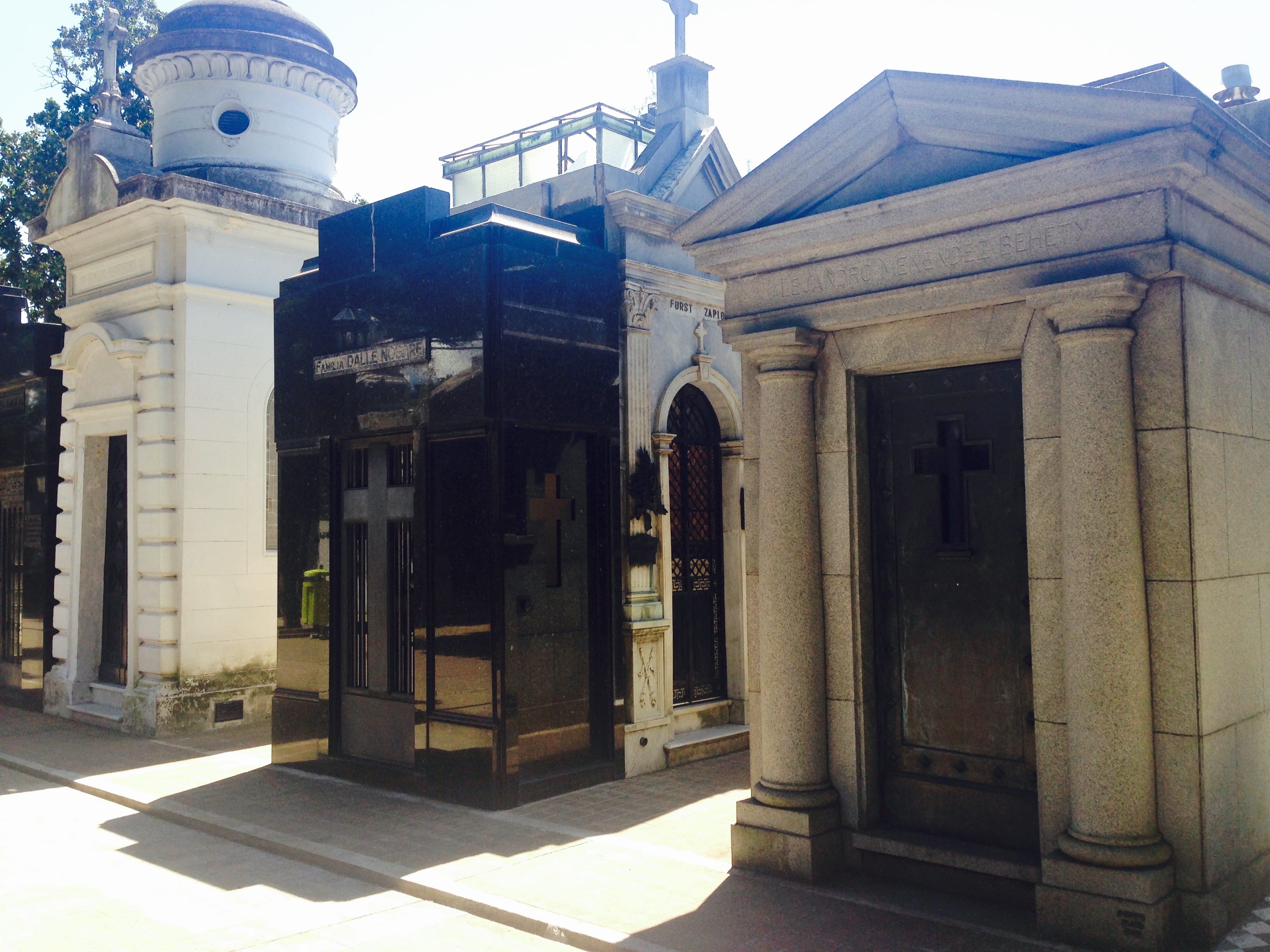 Make for a milonga

One essential is to experience a milonga (traditional tango dance night.) Argentina is synonymous with sultry tango – a passionate dance that has seduced the world – and nowhere more so than Buenos Aires, where the spirit of tango oozes on every street corner. Confiteria Ideal (the grand dame of BA’s tango scene; www.facebook.com/Confiter%C3%ADa-Ideal-114137994827/) and La Cathedral (quite possibly BA’s coolest tango club) are mentioned in every guide book and for good reason. However if money is too tight to mention, go to La Glorieta – a free outdoor milonga which takes place every Saturday and Sunday evening at the Barrancas de Belgrano bandstand.

Window shop ’til you drop in San Telmo

The barrio (neighbourhood) of San Telmo is famous for its narrow cobbled streets, crumbling villas and, crucially, the Feria de San Telmo (from 10am). This unmissable Sunday market sells some of BA’s best arts, crafts and souvenirs including bombilla, the metal straw used to drink Argentina’s beloved mate (a bitter herb drink). Even if shopping isn’t your bag, the San Telmo street market is worth visiting for the atmosphere alone: expect to see colourful street performances plus vendors loudly peddling freshly squeezed orange juice and empanadas (super South American pies). 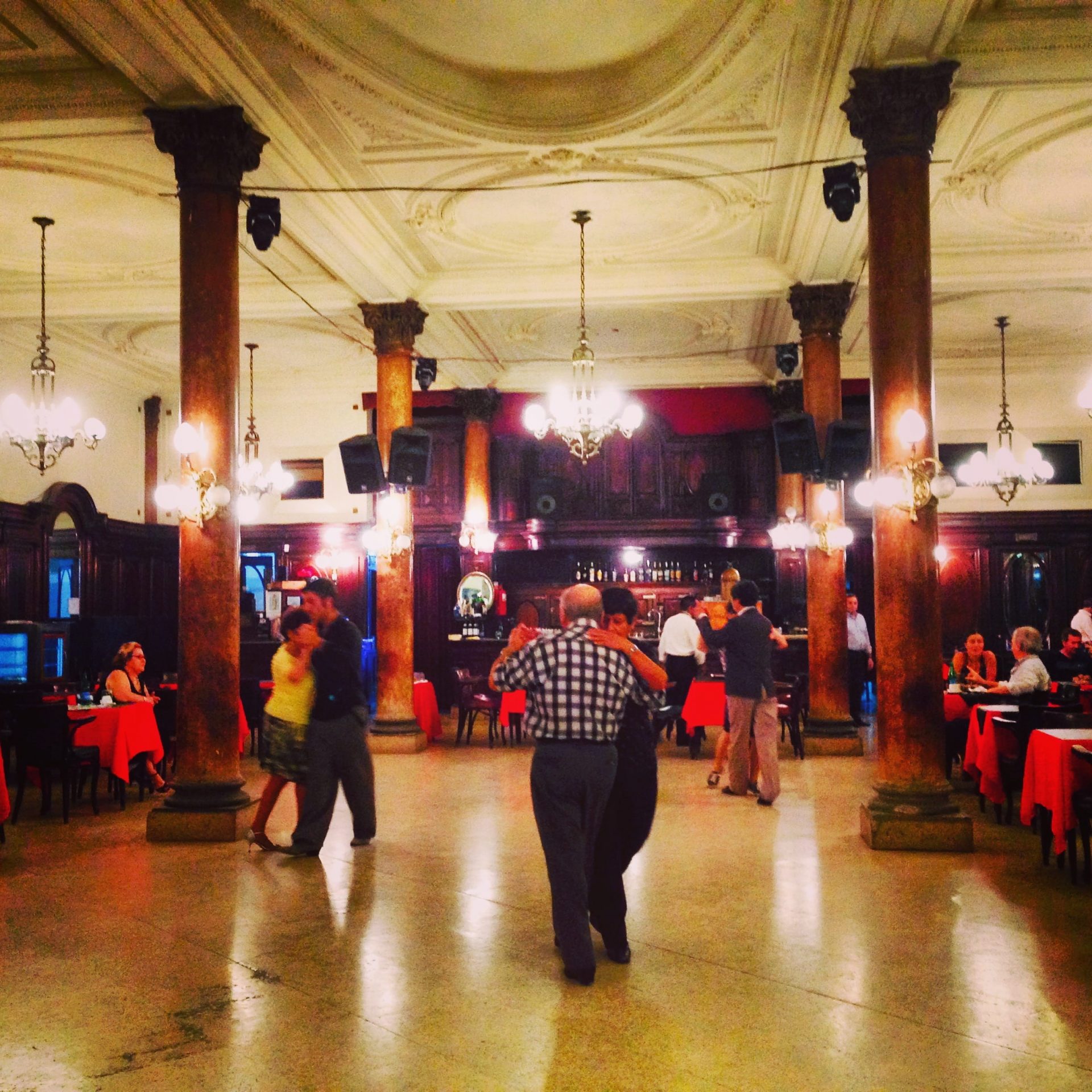 Pass on Palermo and stay downtown

Most people will tell you to stay in a hotel in Palermo but the budget conscious would do well to check into a downtown – think glamour meets grit – Airbnb abode, where you’ll get character and local charm rather than inflated prices. There are lasting memories to be gained from staying at 133 Libertad – a gorgeous courtyard apartment that will have you checking house prices before you leave.

Many of the rooms boast patios and all are tastefully furnished – proof that sophistication is possible on a shoestring budget. The atmosphere is instantly relaxing and the hosts, Matias and Cande – a friendly and unfeasibly good-looking young Porteno couple – will go out of their way to make sure you fall under the spell of their city.

The Presidential palace – whose pretty pink hue demonstrates what happens when pigs blood is mixed with white paint – is home to the balcony where Argentina’s most famous son, Diego Maradona (a footballing god who made an enormous amount noise both on and off the pitch) greeted crowds from the balcony after winning the 1986 World Cup for Argentina. The iconic pink palace is also where Evita – the country’s beloved First Lady – used to address her legion of fans often called the descamisados (shirtless ones) owing to their impoverished status.

You can tour the building, the focal point of Plaza 25 de Mayo (named after the date of the first successful revolution in South America that eventually led to independence), for free on a Saturday or Sunday upon presentation of your passport. 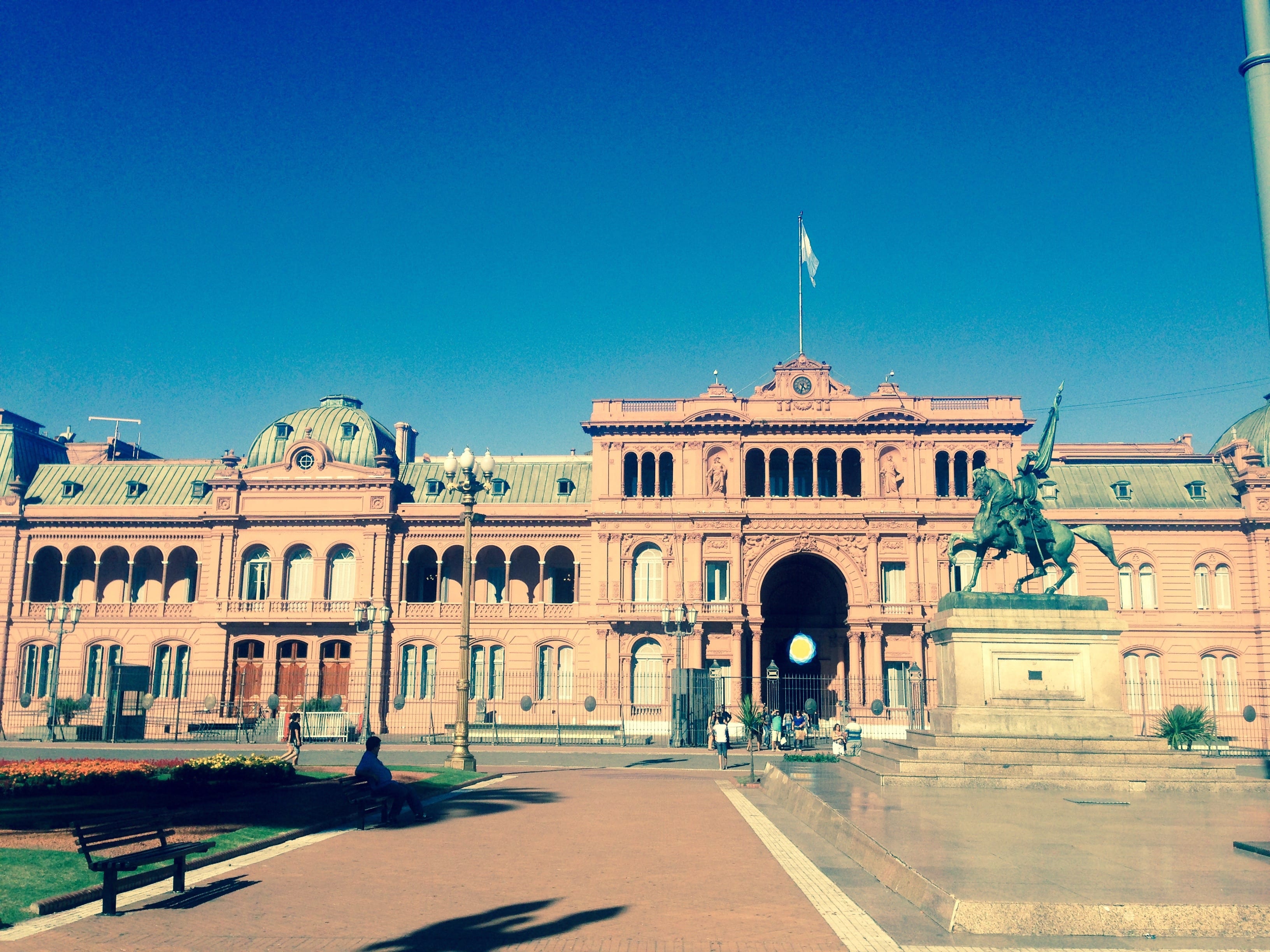 Chill out at a café

The Argentine capital is a city of coffee connoisseurs. Caffeine runs in the blood of Portenos bringing them out of their homes and onto the streets, in search of a coffee house. Life happens here in these historic cafes so expect to see Portenos eating, drinking, posing, people watching, fighting, kissing and laughing until late into the night. Las Violetas, declared a heritage site back in 1998, is a favourite haunt of the TNT team. Here the cortado is served on silver platters by waiters in white jackets, against a backdrop of black-and-white tiled floors, stained glass windows and marble columns. What’s more you’re positively encouraged to linger all afternoon without ever feeling pressurised to order more. Result. 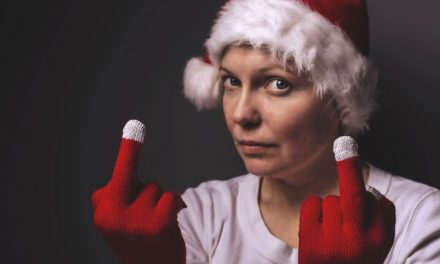 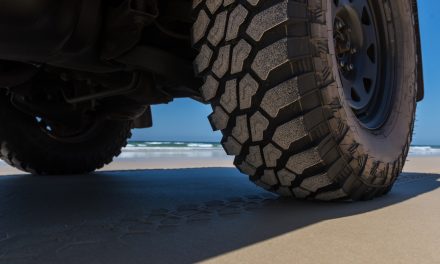 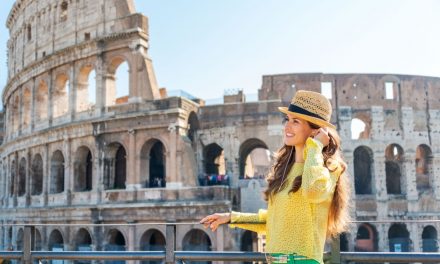 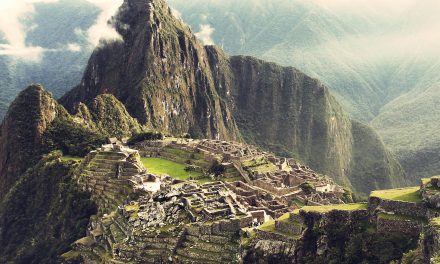