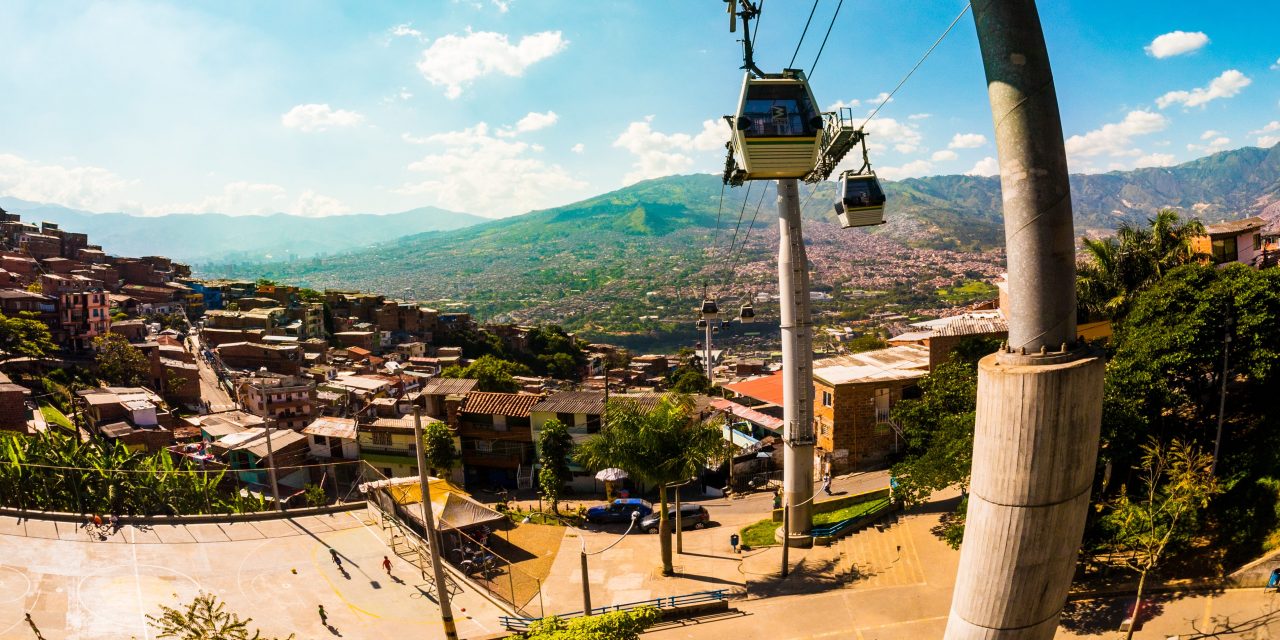 Once considered the world’s most dangerous city, Medellin might just be Latin America’s best comeback story

With Narcos – the hit Netflix series that dramatises the rise and demise of Medellin drug lord, Pablo Escobar, back on our screens – TNT explores Colombia’s second city.

Almost 23 years after notorious Colombian drug baron, Pablo Escobar, was gunned down on a rooftop in December 1993, Medellin is once again making the headlines – but this time for all the right reasons.

For while the ‘City of Eternal Spring’ (so called owing to its year round mild climate) may have once been associated with cocaine and kidnapping, fast forward to 2016 and it’s as safe as any other South American city – and accessible too: Colombia’s national carrier, Avianca (www.avianca.com,) is launching a new weekly flight to Medellin via Madrid as of 18 November 2016. Better still, your budget will go a long way here – if you’re arriving from London you’ll find prices to be very reasonable, if not remarkably cheap…

Make no mistake: Escobar’s hometown may have been off limits to even the most intrepid of travellers back in the nineties but, today, Medellin is most definitely having a moment. Bogota (the capital) may have more history and Cartagena more romance, but no Colombian city delivers as much fun as Medellin. The only danger (that was then, this is now) is wanting to stay… 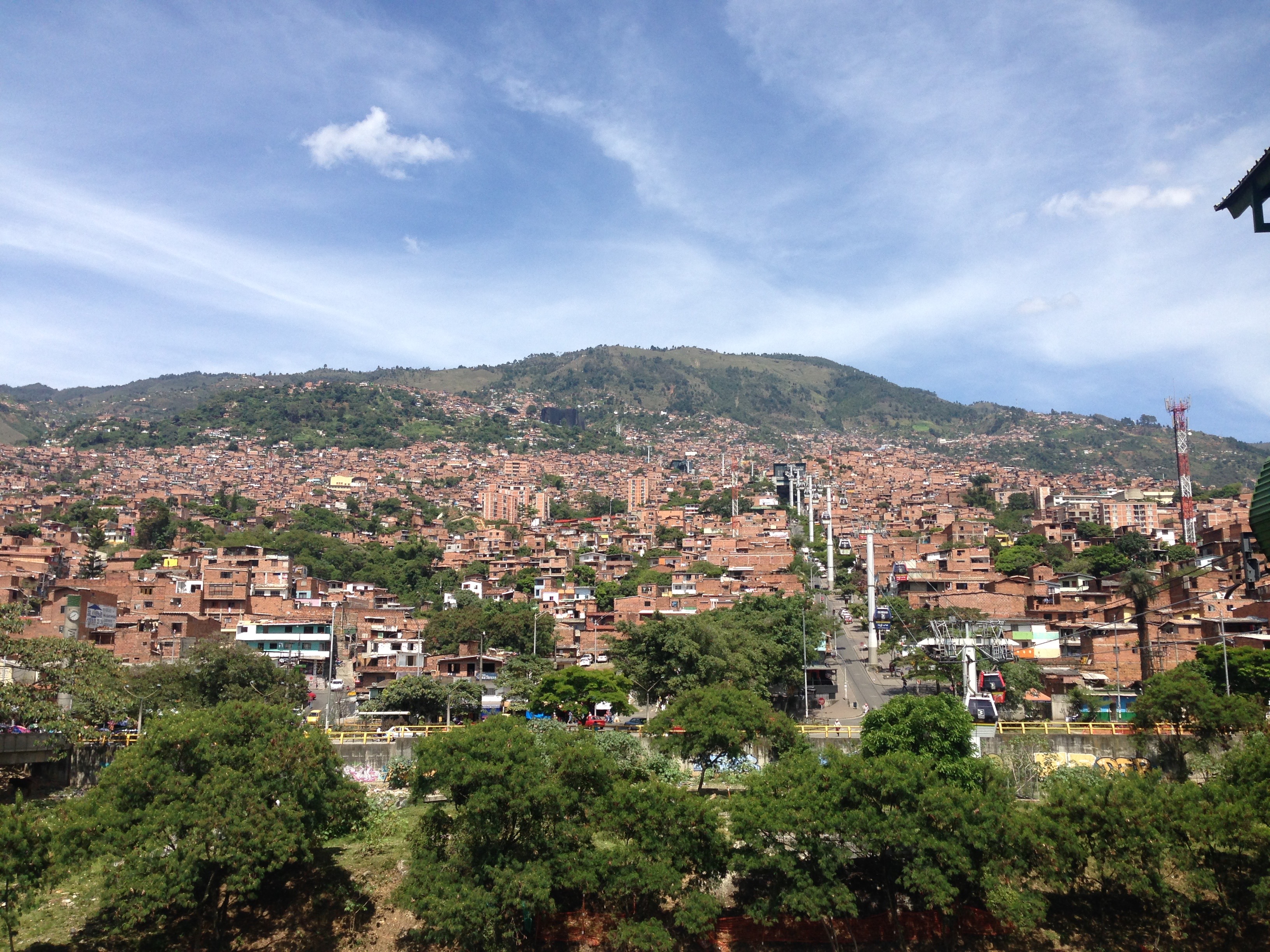 Must see and do

If you’re a fan of slick Netflix series, Narcos, you’ll want to take a Pablo Escobar tour. The one offered by Medellin City tours (www.medellincitytours.com) includes a visit to Comuna 13 – a working class suburb on the north-eastern edge of the city, that served as a recruiting ground for the cocaine kingpin, the apartment where Pablo’s wife, Maria Victoria, and bodyguards lived, the roof where Escobar was famously shot down in a hail of police bullets, and the salubrious cemetery where he is buried. Don’t be surprised to see flowers adorning the drug lord’s grave: Pablo remains popular in certain circles owing to his benevolence to the poor.

Next up, make for the Museo Casa de la Memoria (free entry; www.museocasadelamemoria.org) where you can listen to first-hand accounts of what it was like to live in Medellin during the decades of drug violence – and get a sense of just how far Medellín has come.

Staying downtown, potter along to Plaza Botero filled as it is with 23 of Medellin-born artist Fernando Botero’s bulbous bronze sculptures. (If, like TNT, you’re a fan of Fernando, you can find more of his work at Parque San Antonio – the site of the Pájaro de Paz (Bird of Peace) sculpture.)

Then soak up the street-life: Medellin’s crammed, chaotic streets are alive with the vibrant smells of food stalls and English is most definitely a foreign language. 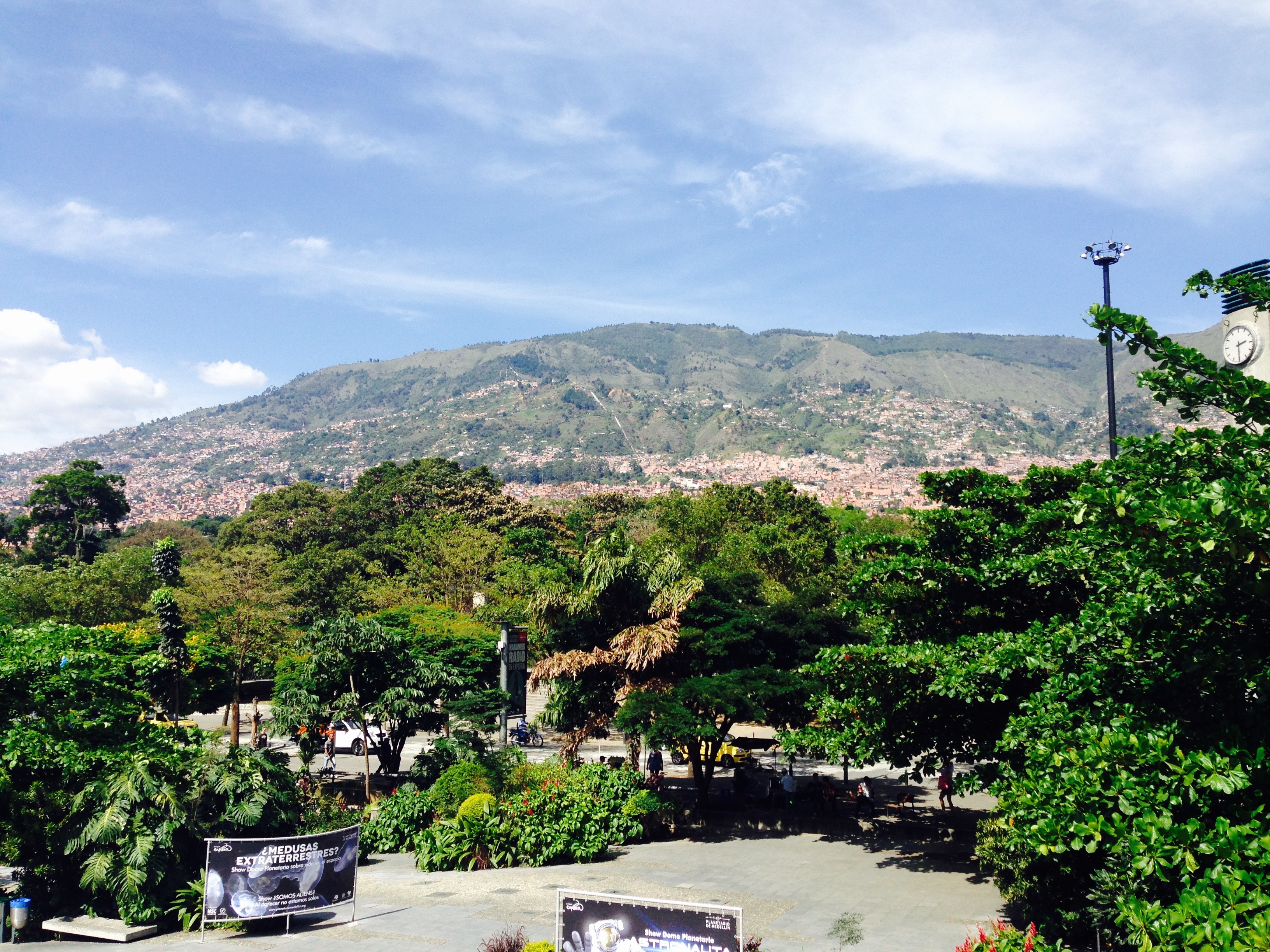 When you’ve had enough of downtown’s grit, take a ride on a gleaming gondola over the green mountains of the Aburrá Valley. Alternatively lose yourself in one of Medellin’s gorgeous gardens and parks. For what it’s worth, Parque Arví (www.parquearvi.org) – arguably the paisas’ favourite public park – and Jardín Botánico (www.botanicomedellin.org) – expect to see exotic birds and beautiful orchid displays – get our vote.

When hunger strikes, seek out a set meal (called almuerzo at lunchtime and comida at dinner) – basically soup, meat, rice or beans and a side of potatoes for peanut prices.

If you can’t stomach so much food, grab an empanada (super South American pies, arepas – Colombia’s answer to the tortilla – or Papas rellenas (potato balls stuffed with cheese) which can be picked up at any street food stall. Whatever you order, wash it down with a freshly brewed cup of Joe for, while Colombia might be more readily associated with cocaine, the country is actually the world’s third biggest exporter of coffee. 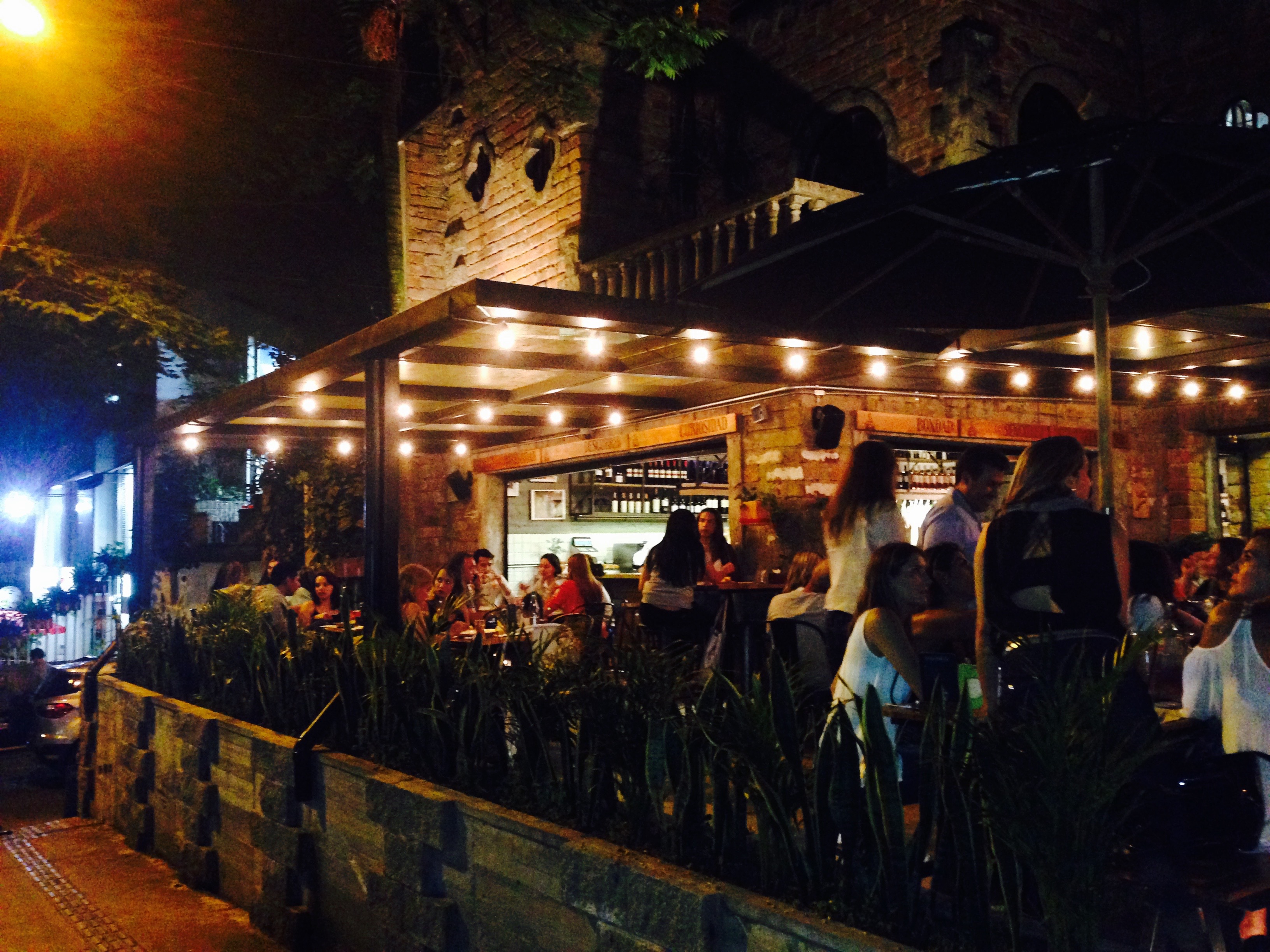 Medellín’s biggest draw is arguably its people – the paisas – for whom partying is paramount: they play hard here. If you want to party with the paisas (well, when in Rome…), head to El Poblado – a buzzing barrio packed full of hedonistic bars and clubs that are mentioned in the same breath as Berlin and Ibiza.

Even if you’re not a night owl, hot spots on streets such as Parque Lleras are worth visiting for the phenomenal people watching (paisas love to dress up) opportunities alone. And trust TNT when we say that after a few shots of aguardiente (meaning ‘fire water’) – a throat burning, anise-flavoured local liqueur – you’ll soon find yourself shimmying like Shakira in a high-energy salsa establishment.

Got an extra day to kill? Go to Guatapé – a lovely Instagram-worthy lakeside town that’s within easy day tripping distance of Medellin. A popular weekend getaway for paisas, this quaint corner of Colombia is chock full of pretty, pastel-hued houses. Close by lies La Piedra, a rock formation – often called the ‘Hamptons of Medellin’ – that affords views of the ruins of the Escobar’s holiday home. 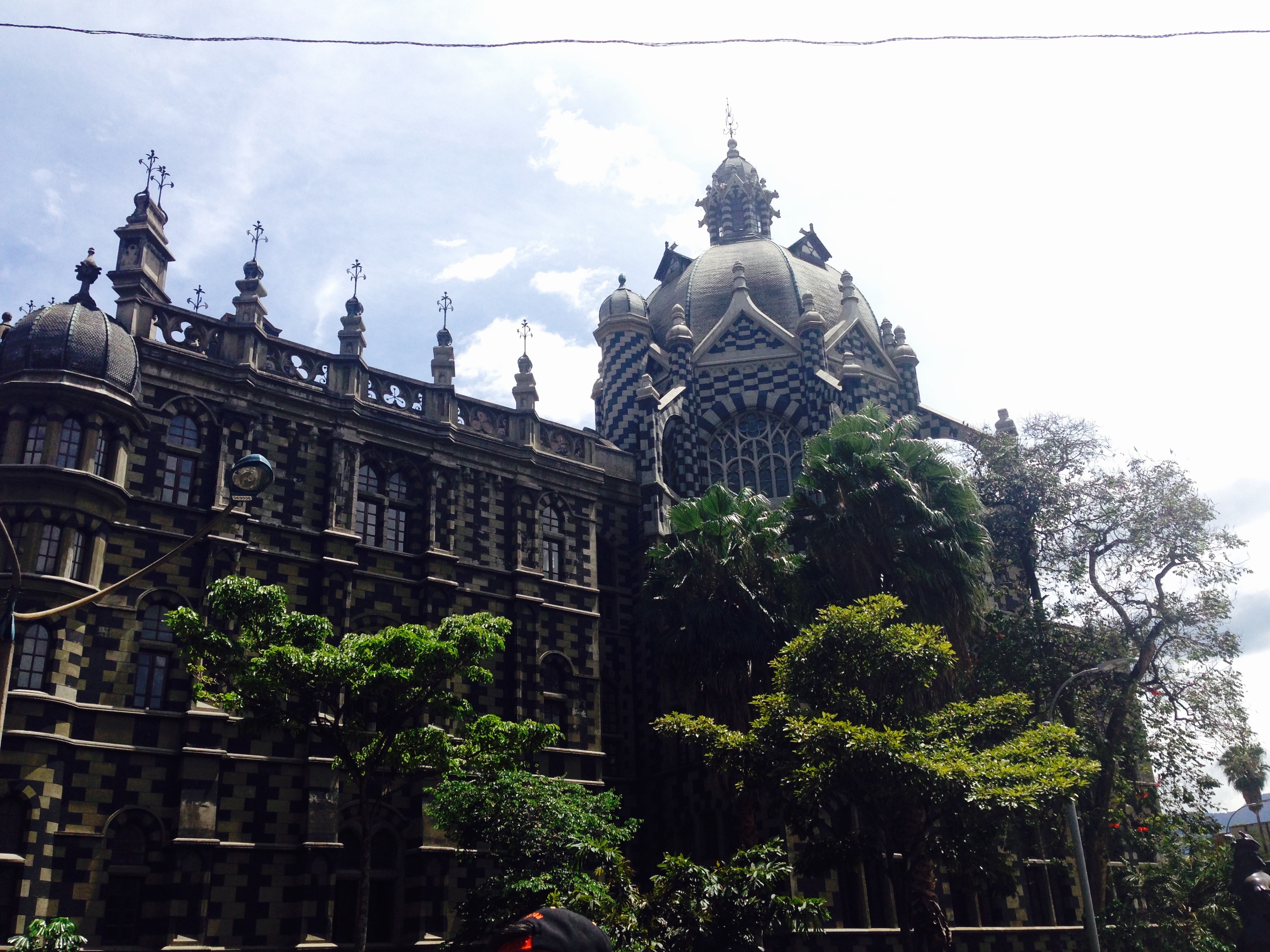 Medellin boasts Colombia’s only metro system (www.metrodemedellin.gov.co) of which the paisas are incredibly proud and go to great lengths to keep spotlessly clean. Cheap, efficient (Transport for London would do well to take note), it’s also environmentally friendly as it’s powered by electricity from renewable resources, as opposed to fossil fuels.When night falls, take a taxi. Drivers don’t speak English, which can prove problematic if your Spanish isn’t up-to scratch, but they are inexpensive and in plentiful supply. 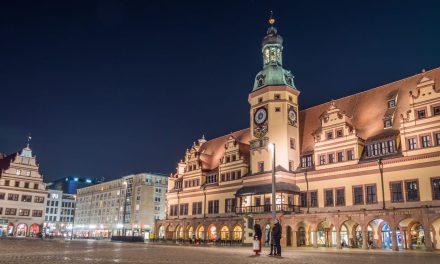 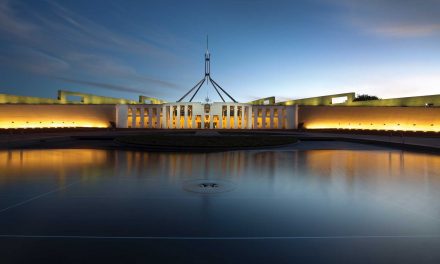 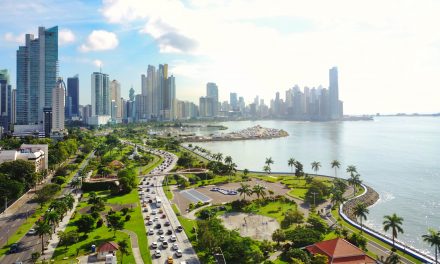 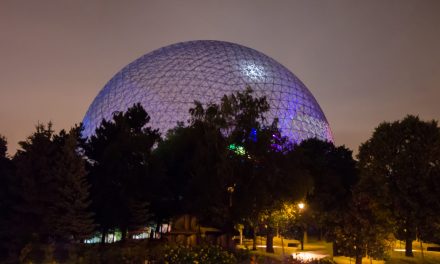