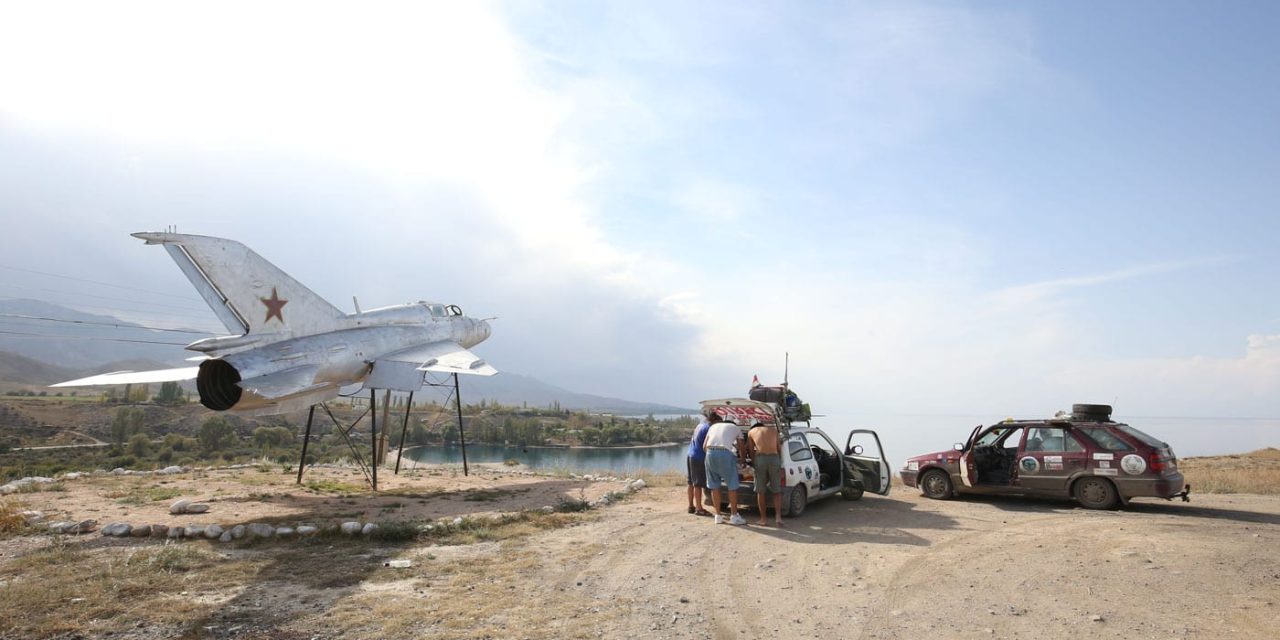 Rebecca Marsh gives us a personal insight into the epic journey around the world and shows what’s truly possible with a few beaten up old cars, some determination and greatfriendships.

The project began in early 2016 with the idea to travel around the world as cheaply as possible through overlanding. The group; Max, Becca, Joel and Rich, created the concept of attempting to complete a full loop of the globe with no planning and with a tiny budget. We knew this would entail many challenging situations that would require serious teamwork. Shortly after sharing this idea on Facebook, we were overwhelmed by the number of people who wanted to get involved and the team began to grow, so much that we had to recruit more vehicles to accommodate the interest. We looked for the cheapest cars available on Gumtree, the first being a Skoda Felica for £75 and the second being a Nissan Micra for just £150. After purchasing these and getting more people involved this created a solid team for the convoy.

Then we set off East. Travelling across 4 continents and a total of 46 countries, we found ourselves in all sorts of situations both good and bad. Being an optimistic and slightly crazy team from the start, we were ready to face all challenges ahead of us and only hope for the best of situations. Our first continent, Europe showed us the possibilities of collecting hitch hikers and at one point we had a total of 5 cars with 26 people. This experience exposed us to the large hitch hiking community within Europe and got likeminded people involved in the project. We were lucky enough to have met some amazing people on this leg of the journey who later on returned to the convoy and have continued to help us since our return. The ability to make these connections really built the trip and kick started the project to become what it is now. Over the past year we have built a solid community from which we made some lifelong friendships and relationships.

Entering Russia and Central Asia on the other hand, was another story. Unfortunately due to Visas the group rapidly dropped down to 5 as we entered Russia which changed the tone for the group. Things became a lot more serious and challenging. Due to the roads in this part of the world being in some cases ‘non-existent’ we had some of our biggest break downs on the trip. The first, being in Kazakhstan, when we hit the oil sump on the diesel Skoda and were stranded in the desert. A twelve hour journey turned into 3 days, but we were rescued by the amazing workers at a nearby oil refinery. We didn’t have much luck in Kazakhstan as to follow we had a speeding bribe followed by snapping the accelerator cable on the Skoda. But we worked together to make the best of a situation and because of that mind set we visited some of the most wonderful places in both Uzbekistan and Kyrgyzstan. 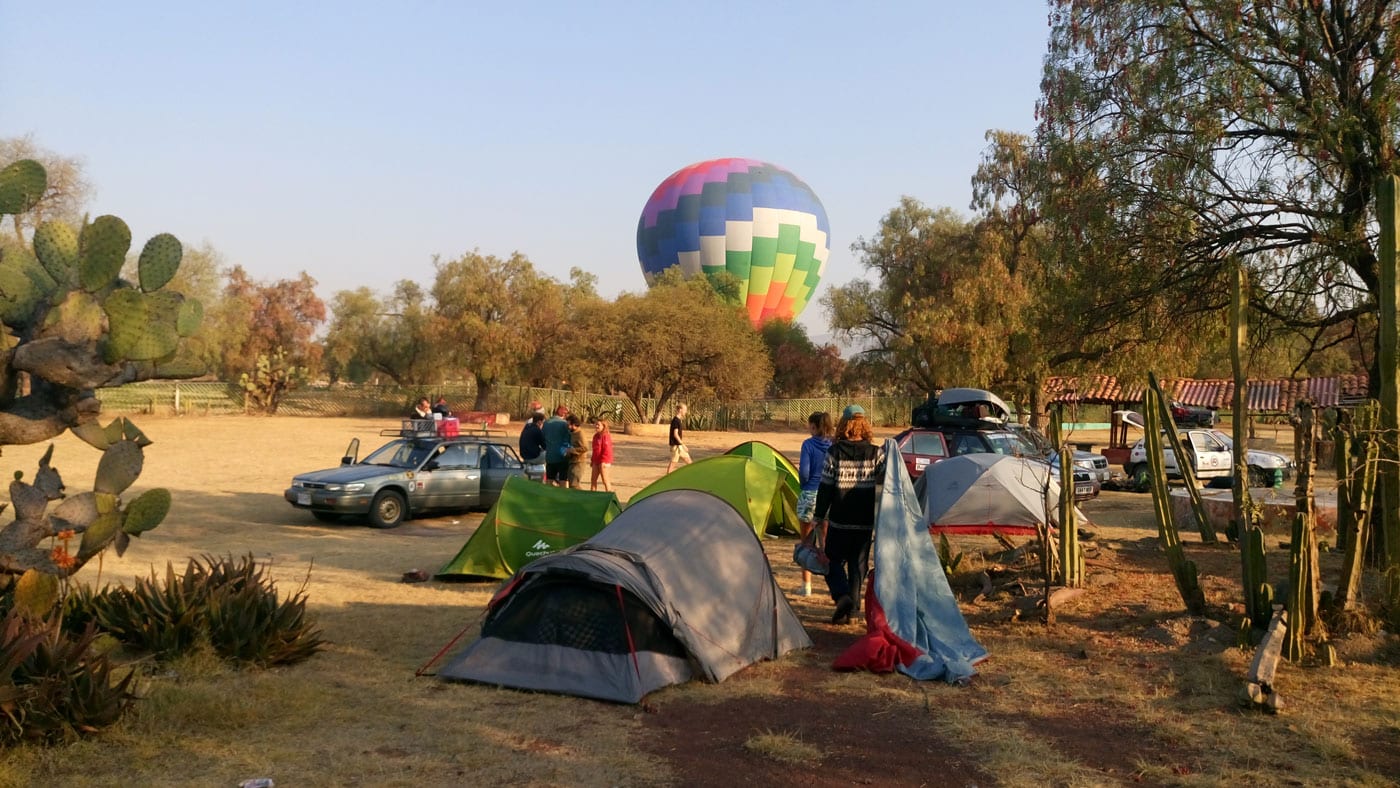 After our final sprint to Vladivostok just in time for our visas expiring, we flew to Japan. Japan was a breath of fresh air after the challenges faced in Central Asia. This was the first time the Convoy as a whole were without the cars and to embrace Japans hospitality and quirky culture we decided to hitch hike our way to Korea where we would later fly on to Canada to collect the cars. Japan gave us some of the most in depth cultural experiences from wedding parties to drifting down Mountain ranges near Mount Fuji and Samurai sword making. Japan was so rich in culture that there were endless good times and it was difficult to motivate ourselves to leave. We made our way separately to Korea, some of us had flights bought for us and others took the boat across to Busan. We all met in Seoul where we delved into the food culture, learning about Kimchi and exploring the never ending markets.

Canada was the first of our shipping nightmares! After having spent a month exploring Japan and Korea whilst the cars should arrive, we were faced with a month long delay. On the positive side this allowed us to venture out into British Columbia and explore the beautiful nature that Canada has to offer. But this caused a knock on effect to our rough time scale of returning home within a year. As always we embraced what we were faced with and once the cars had been collected we were well on our way to fixing them up and preparing for the states. The cars were covered in mould and we had a broken shock from the Trans-Siberian highway, so we grouped together to fix them up and by this point we had 2 Canadian cars join us so the team was back up to 10. We ventured south passing down the west coast of the States. 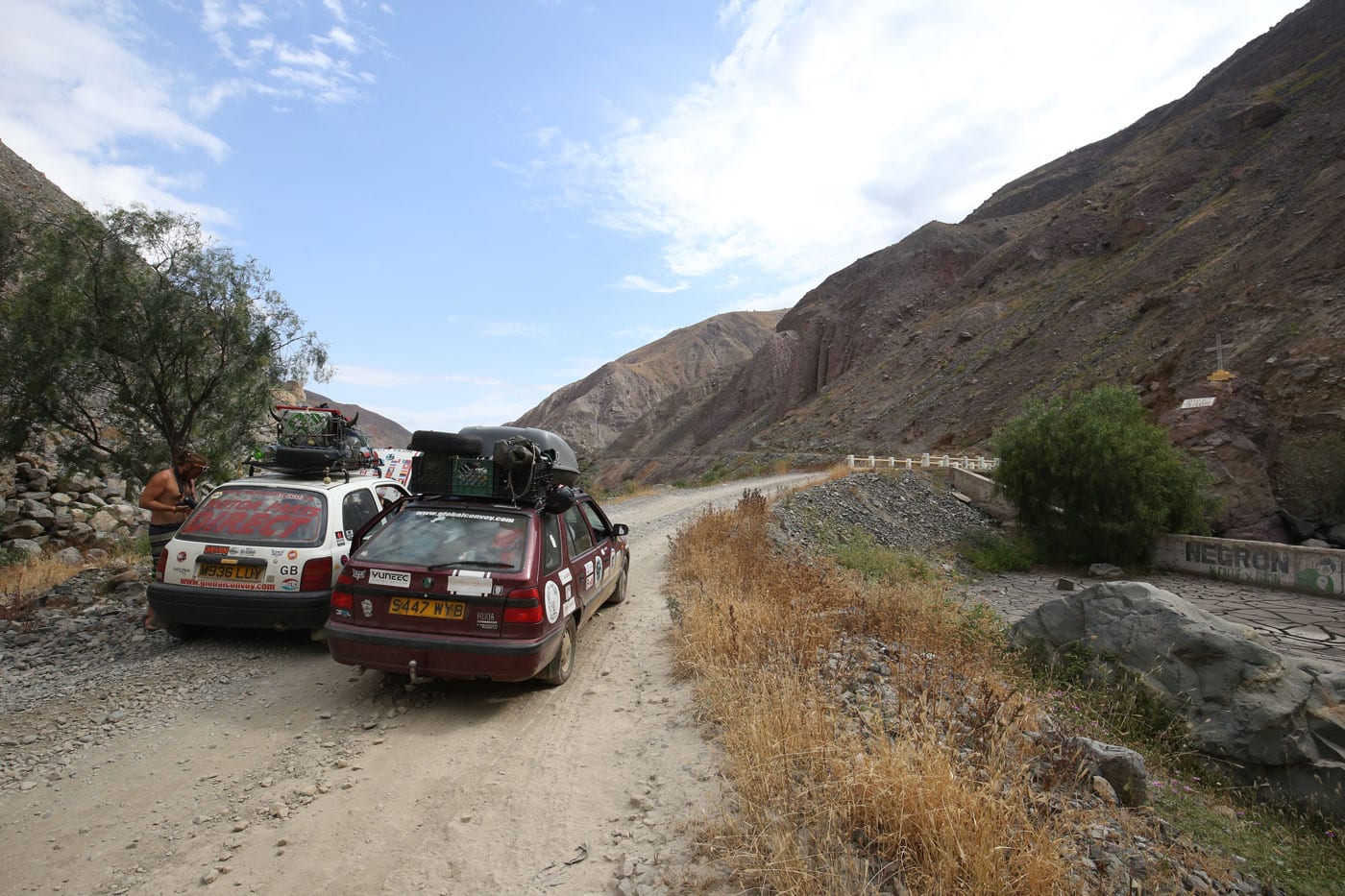 Then, we entered Mexico. Our pre conceptions and thoughts were very different to our experiences. We had been warned as Overlanders to stick to toll roads and don’t drive at night, which we stuck to religiously, until we experienced the community based culture it had to offer. This dramatically changed our thoughts and we had some of the most unique experience’s eating with locals after being invited into their homes and welcomed to their communities.

This warmth continued through both Central and South America where we continued to be accepted in communities across Belize, Guatemala and Honduras. This part of the world was very much new territory for the majority of us and we found ourselves captivated by its temples and Mayan history. After shipping from Honduras we were soon reunited with the cars in Colombia we were ready to complete our last leg of the journey; South America.

Unfortunately due to money running low and time slipping through our fingers the trip came to an abrupt end. After shipping from Uruguay to Germany we were faced with the dreaded issues at customs and legalities of the cars by this point, we had to bring the cars home on trucks to get them fixed up and ready to go. Since then we have been touring Europe sharing our storing at various Adventure shows and we hope to continue sharing.

We wanted to create a project where everyone and anyone could be involved and we would work with what people had to offer. The project demonstrates how little equipment or modification to your car you need in order to survive and at times we wish we were more prepared but our team work and optimism got us through the journey and from this we have created some strong friendships with people all over the world.

The convoy as a whole has been a rollercoaster ride of ups and downs but one thing that has got us through these times is each other’s team spirit. Most people would choose to have the comfort and security when overlanding by taking 4×4 vehicles, which to be fair, is a more sensible option but doesn’t always create the rarest experiences as we discovered. When the cars have broken down or failed us we have relied on locals to help us get them back into shape and this faith that we put into humanity got us around the world! We found that this optimism allowed us to have life changing interactions with people all over the world, from remote villages in Kyrgyzstan to the Sacred Valley in Peru, where locals did what they could to help us fix the cars.

Not only were we optimistic for ourselves, but by creating a project for all to be involved, created optimism in others and gave opportunities to likeminded people. 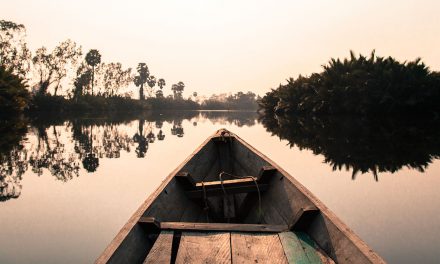 Lost and found in Kampot 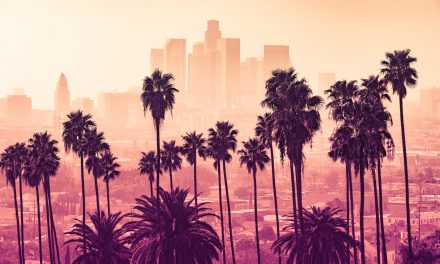 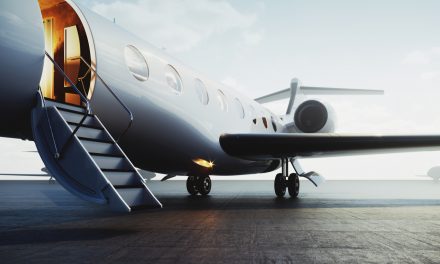 What to Expect When Flying on a Private Jet? 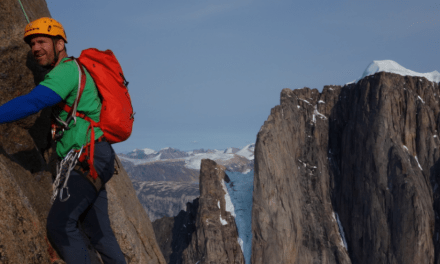