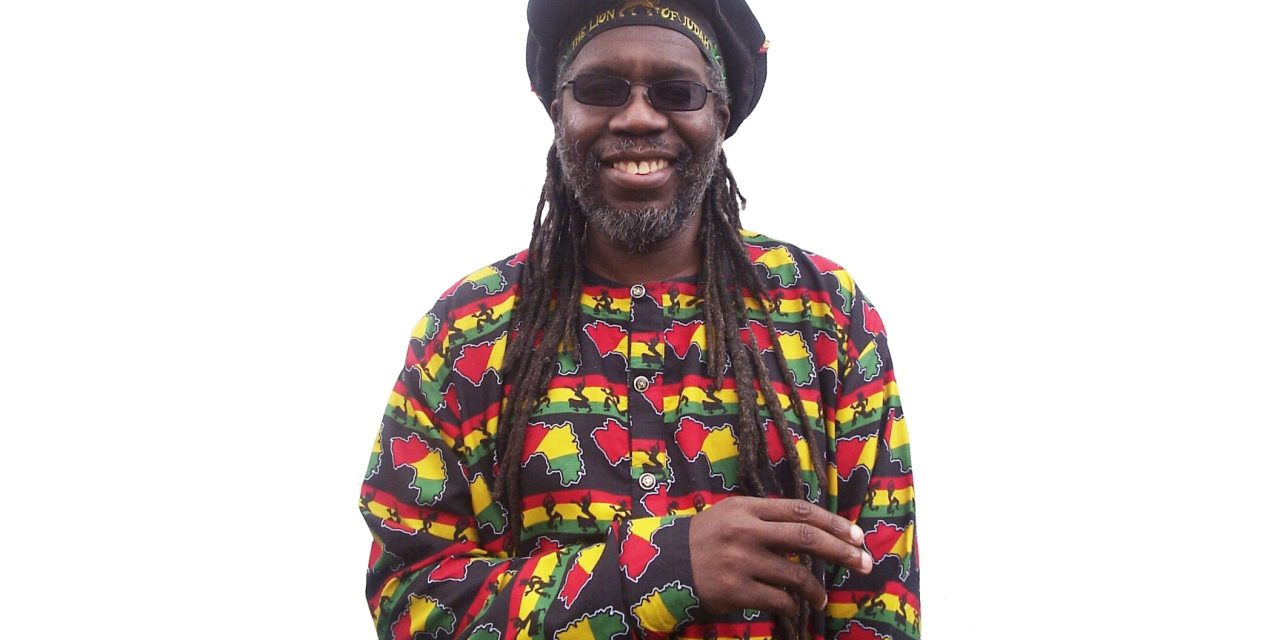 Macka B has been a big part of UK reggae culture for many years, but it’s more likely that you will know him for his social media activity and his lyrical insights into the world of fruit and veg.

Macka B; his name originating from the Judean Rebels fighting against the Greeks: the Maccabees. He produced his first album in the mid-eighties with Mad Professor’s production support and record label. He’s performed around the world and alongside the likes of Burning Spear, U-Roy, The Wailers, Kool and the Gang, Lee Perry, Culture and Gladiators.

Most recently alongside his latest album Health is Wealth, Macka has been producing two YouTube videos every week in the shape of Medical Mondays promoting the medicinal benefits of certain herbs, fruit or vegetables and Wha Me Eat Wednesdays which have taken the internet by storm.

Let’s find out more from the man himself! 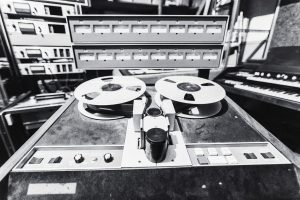 Some of the album is promoting healthy eating and the vegan lifestyle. It’s explaining to people who get confused about what vegan is and helping people understand more. They think it’s very limiting and there isn’t really very much choice of what you can eat. So I decided to write a song tell the people the vast things vegans can eat. There’s one song Wha Me Eat which I first did about 7 years ago which became very popular, a lot of internet people started to make lots of memes out of it. Especially the part of it where I describe different types of foods which went around social media a lot.

Your YouTube videos have also really blown up on the internet and reached a lot of people who I wouldn’t associate with reggae music generally!

Yeah I’ve even been in things like Vogue. One of the videos I did about cucumber has received over 100 million views. Naomi Cambell shared it on her Instagram Tracy Ellis Ross (Diana Ross’s Daughter), Beyonce’s Mum…lots of people reacted to it which was great because it was just me being myself!

Has that had a positive impact on record sales as well, bringing more people to hear your music?

Yeah the album is doing well, and we did a UK tour which sold out, which brought new people to hear me.

One of my favourite tracks on the album is Nah Go Back There which has a more serious message than some of the fruit related messages reflecting on the changes in Jamaica and looking past the negatives and more at the positives going on out there. Many of your songs have a political or social commentary, that’s something that’s close to your heart. Anything else going on?

Yeah there’s a lot of things on the album. I call it social, educational, cultural and nutritional. There’s a track called Our Story which was a reaction to a lot of films recently about slavery coming out making a lot of money and I was saying that that’s all very well but it’s time to tell the whole story as back history goes back way before slavery. We want some more films about black history and Africa and how black people have contributed positively to society and civilisation. That’s something that is dear to my heart. Then there’s another track called Lyrical Chef which is less about food and more about how I cook the lyrics. I just have to give thanks that people are responding well to all the things I’m doing, and talking about the subjects I raise. As you say, from the start I’ve been into social awareness or social commentary as they call it. It can be political, but it’s just about life and what we have as singers and musicians that we can’t be negative with. It’s a powerful medium and we have to use it for good. It’s a shame it’s used for negative use. I’m just trying to do my thing and try and change the world through music.

Going back to the subject of food. Have you thought about putting together a recipe book?

It’s something we’ve thought about, as it’s something so many people ask me. There’s a lot of things in the pipeline and the popularity is continuing to grow. Many things we can do, just need to do them at the right time. 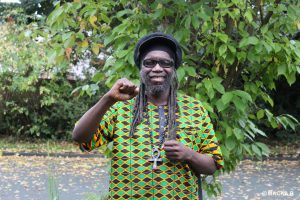 Sticking with food for a minute, I often ask this question, if you could only eat one meal for the rest of your life what would it be?

Ahh it wouldn’t really be a meal, it would have to be something that would sustain me.

Yeah, you know because somethings don’t have everything in that you need! You wouldn’t last very long. Perhaps coconut water and hemp seeds and moringa, it would be something like that.

So not only food but only one tune you can listen to for the rest of your life, what would it be?

That’s too hard (laughs) there’s too much to choose from.

I’ve certainly seen a big rise in the interest in reggae music with new artists like Chronixx, Alborosie, Protoje making a big impact and gaining large audiences. Is there anyone on your playlist at the moment?

Today I’ve been listening to the Twinkle Brothers album Country Man. For me it’s timeless and I could listen to it everyday. Culture, Abyssinians also stand the test of time. I like lots of the newer stuff too, Kabaka Pyramid, Chronixx – them who are pushing a positive message. There’s too much negative for the youth at the moment, they’re being put into a box. It’s great when they can see that people can make it without talking about guns and violence, and instead putting a positive message across. I do still listen a lot to the older music which keeps me young as that’s where I started off and keeps me in that vibe. I’m just being myself, I try to eat clean, keep clean, I try to have only the good herbs! I try to keep myself true to where I started. I’ve still got that thirst and hunger, and that quest for knowledge. The old music brings me so much vibes, it’s a great thing. 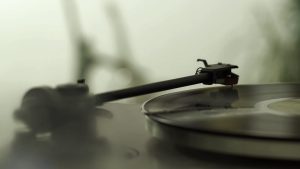 What can you tell me about the rest of your tour?

I’m heading to Australia next month. We have around seven shows in Australia. Lots of new people reaching out on facebook. It’s been a while since I’ve been over there. I went over there in the 90’s and was one of the first reggae artists to tour Australia. I had a big tune in the 90’s called Road Rage Triple J used to play it all the time. I’m also heading out to Africa to the Ivory Coast and also America some time. Things are looking bright, we have to give thanks!

Social media has made a massive impact on you most recently what do you think about modern music consumption, through social and streaming?

Well I’m the sort of person who thinks that it is what it is! It’s here to stay. I’m a vinyl person myself so I’m glad to see that has come back with a lot of young people are getting into it. But I don’t personally do streaming or anything like that but that’s what the youth do now. Maybe more revenue could come the way of the artist via streaming. But it is what it is.

Big labels seem to still hold a lot of the revenue and also a lot of the airtime on streaming platforms. We need to make sure we still support the small labels too. They are often the labour of love from the music producers and we need to make sure we support them as they are important. Us as artists can make money from live shows so we have ways to make the money, but the small labels will need all the help they can get.

Nowadays you don’t even need to release music to have a hit! You can just have a social media post. Like the cucumber clip I did. You can also have more control rather than depending on a label.

I don’t know if you look on facebook I’ve been doing two clips every week since March, I’ve done a whole heap of them, and they are very popular. I’ve done some really obscure things like Buchu from Africa. With the Buchu, when I went to South Africa I went with my son and he wasn’t well and he had a fever. They took us to see an African herbalist who gave him some Buchu and Garlic and the next day my son was better. We tried to get the Buchu in the UK, I was asking for Bocu. They said spell it, and I said Buchu, Oh you mean “Bu-Sh-oo” not “bu-ku’!

Do you spend much time putting together the rhymes, does it come naturally to put these together every week? They’re not just cobbled together rhymes, there’s clearly some care you put into it.

Yeah, but they don’t take long, it’s because I’m lyrical, I like words. When I get the idea it can take 10-15 minutes. It’s there, you know! Because I’m used to it and do it so regularly, it’s good for me, keeps the brain ticking. I’ve got some other songs to release this year.

One of the greatest things is there’s a lot of young people who are really checking it out. A lot of people say that young people only listen to young people, especially in music. It seems like they are really listening and taking it in. I get messages from mothers and teachers saying you’re making our children show interest in healthy eating.

I guess you never thought it would manifest into such a big thing?

Never, I’m just doing my thing, so give thanks!