48 hours in Latvia: Get the most out of Riga

Riga is in vogue right now having emerged from a murky Soviet past, and is only just opening up fully to tourists. The city is divided into halves – the old town, which is where the main tourist attractions are, and the new town, where the art nouveau buildings are decorated with buxom naked women.

Start the day by taking the lift up to St Peter’s Church to get your bearings. The famous 13th-century building has been struck by lightning six times and rebuilt twice so keep this one for clear weather. From there you’ll see nearby Pelmeni, a great lunch spot where you can fill your bowl to the brim with as many dumplings as you want for just a few quid. Do as the locals do and wash them down with beer. Or if you’re feeling really hardy, get the afternoon swinging with an XL shot of Moskovskaya Vodka.

If you’re going to Riga post-May, take in the city with a walking tour that will lead you past the beautiful House of Blackheads, which was built for unmarried German merchants, to Riga Castle where the president of Latvia lives, to The Swedish Gate, which is part of the old city walls. Here, there are lots of trendy shops and cafes to browse before heading to the nearby Museum of War which documents the violent history of Latvia with old photos and weapons. End at the impressive Freedom Monument, which is flanked by plazas and waterfalls. This walk can be done with a guidebook or you can book a tour.

If you’re visiting in the summer, a bike trip to the suburbs will show you the ‘real Riga’. Highlights include the crumbling Great Cemetery, which came close to being destroyed during Russian occupation and has since been pilfered by grave robbers, and the grungy Moscow zone, which has lots of character.

Keep in step with the city’s history by dining at Austrumu Robeza – it’s definitely an experience as you slurp your soup below busts of Stalin in this Communist-style eatery where very little has changed since the dictator’s heyday. The food is good and you’ll never drink alone (the cheap vodka helps). Upmarket bars of Riga can be found in the old town, with more bohemian spots dotting the new town. The Radisson Blu was one of the coolest places in town during the Soviet era, and the heaving Skyline Baron the 26th floor is still an extremely popular place to prepare yourself for a big night out. Nautilus in the old town is one of Riga’s most happening nightclubs, blaring up-to-the-minute house music – and apparently it’s submarine themed. It’s also well-known for its audience of beautiful women. 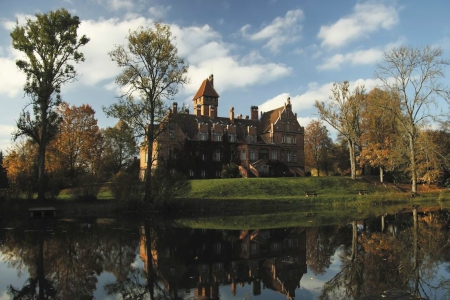 Rise and shine! There’s still much more to see in Riga even though we know your head is pounding and the finer points of last night are a haze. So get your walking boots on (don’t worry,it won’t be a hike) and head to Riga Central Market for a slow stroll that will have you soaking up some culture without you even realising. Built in German Zeppelin Hangers, this is the biggest enclosed market in Europe. As you explore you can treat yourself to some traditional bites (salted cucumber, fresh pork chops, freshly smoked eel) or snap up some hand-made socks or hats and souvenirs.

Everyone visits this buzzing sales space, from the Riga elite to the homeless that gather outside and pick up the day’s refuse, so it provides real insight into the city.

The Riga Aviation Museum near the main airport is a treat. It looks more like an army base than an educational hub (perhaps because all the planes are real and Riga is no stranger to military occupation). If you’re a military thriller fan, the books will be brought to life as you walk among Soviet-era fighter jets and bomber planes in the main yard. You can also check out the enormous MI-6 passenger helicopter which has set world records for speed and hauling capacity. Entrance is free.

If you want a break from war history, check out Riga’s Sun Museum in the old town – it’s the only museum in the world dedicated to, yes, you guessed it, suns, and it’s a unique little experience that will stick out in your mind for sheer quirk. The private collection boasts thousands of images and models of suns from all over the world with the different interpretations and stories behind them. At the end of your visit, you’ll be given a plaster sun to paint in their creative room and take home with you, as the owner of the collection attempts to spread ‘the light’ (whatever that might mean) all over the globe.

By now your hangover has just about subsided enough that you’re ready to tuck into a good meal. As it’s your last night in town, we recommend living it up for dinner. Carpe Diem in the old town is one of Riga’s most famous eating establishments, serving up big, juicy steaks like you’ve never seen before (unless you’ve been to Argentina). The meat is all organic and local and it’s cooked to perfection. You’ll dine under chandeliers, and when dinner is over you can recline in your seat and let live music lull you into post-food bliss. You’ll have just enough energy to get back to your hotel room and pack for your flight after a whirlwind adventure in one of Eastern Europe’s undiscovered gems. 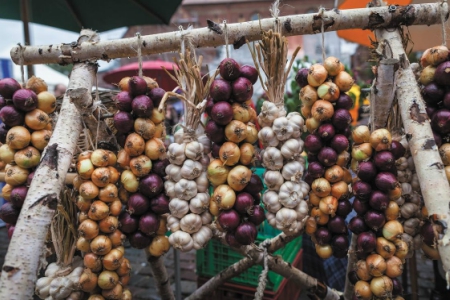 Fit like a samurai: Battodo exercise class at Islington Yoga