The afternoon session was never going to be a thriller. Australia knew they needed a score of about 150 to establish a lead in excess of 300.

Conversely England looked to frustrate as they meandered through the overs at a leisurely pace.

Australia nevertheless managed exactly the run-rate they were hoping for; at around 4.40 per over, before upping it just before tea.

David Warner replaced Shane Watson at the top of the order and immediately looked more comfortable than the Australian all-rounder.

England peppered Warner with punchy, short deliveries that he coped with admirably en-route to a solid 41 off just 57 deliveries.

He fell, as the script almost demanded, caught in the deep by Joe Root off the bowling of Bresnan, attempting to pull a short delivery. 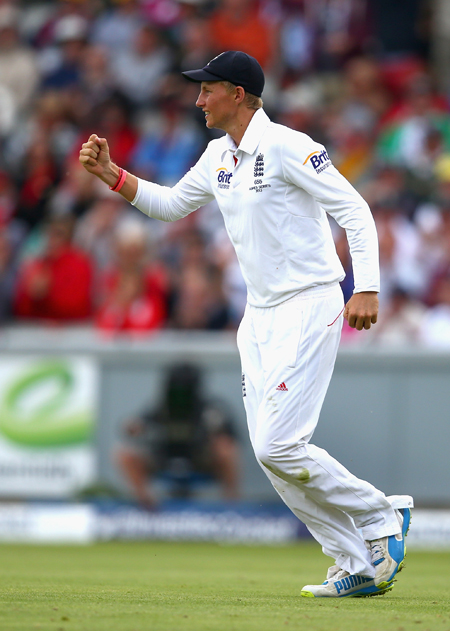 Root looked as happy as you’d expect him to look, turning to the crowd to celebrate.

Next to Fall was Usman Khawaja who notched a useful 24 before being bowled round the legs by Graeme Swann.

The Aussie number three stepped too far across and then jammed him bat into the floor, and despite the ball pitching a couple of inches outside leg, Swann managed to impart enough turn to see it nip back and hit leg.

It was an ingenious delivery from Swann, that appears to have been suggested by Stuart Broad, whom Swann immediately went to celebrate with. 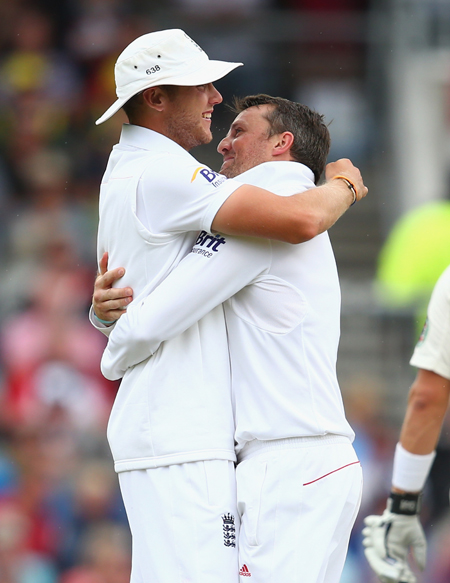 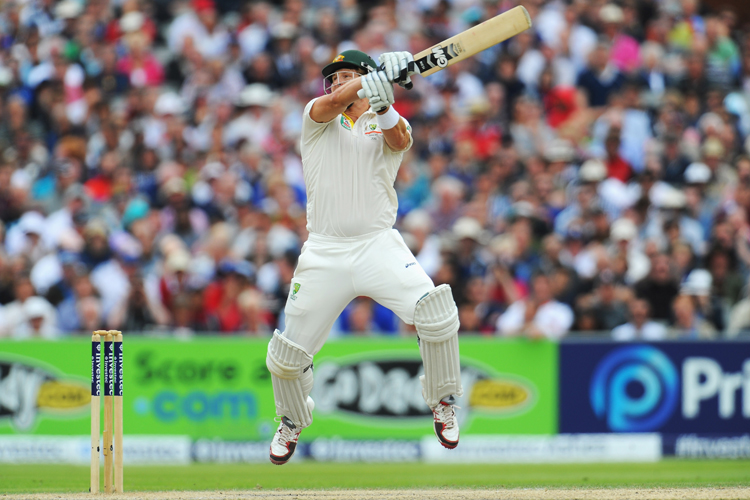 Shane Watson holed out in the deep off the bowling of Kevin Pietersen shortly after, slashing at one about shoulder height. Pietersen didn’t need to move a yard, simply kneeling to take the catch.

Steve Smith and Michael Clarke looked assured from the beginning of their partnership, with the former smashing Swann over mid-on and mid-off for a pair of beautiful sixes and the latter taking on all the short balls England could throw at him.

The over rate was abysmally slow from England, as Cook made plain to anyone who wasn’t paying attention that England were looking for the draw.

Smith was runout after Clarke failed to return for what would have been a comfortable two.

The much-rumoured rain finally materialised two overs before tea, with the umpires calling on the covers and taking the teams in for an early break.

But with still 30-odd overs left to play in the day, Australia will come out following the resumption and look to smash a few before declaring and attacking England’s top order late-on in the day.