On October 29, 2015 Australian born Londoner, Tarran Kent-Hume completed his journey down the longest and largest river in the world, the Amazon River. Beginning the expedition on June 20 2015 at the Mantaro River in Peru, the furthest source of the Amazon River, Tarran travelled 6,800 kilometres across South America to where the river enters the Atlantic Ocean.

The epic journey began in the Andes mountain region in Peru, hiking peaks and valleys 5,200 meters above sea level for the first 650 kilometres of the journey. The extreme temperatures of the high altitude region meant hot days tipping the mercury to over 44 degrees Celsius, before plummeting at night to negative -4 degrees Celsius. 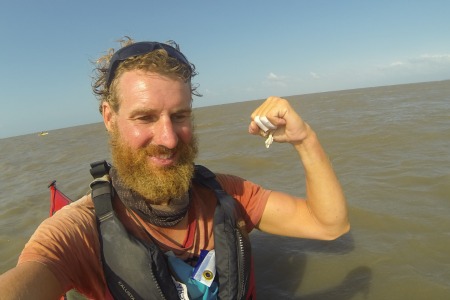 Upon his arrival in the small town of Pichari, Tarran collected his kayak and set out on the most dangerous portion of the journey through the infamous Red Zone, where over 70% of the world’s cocaine is produced. Tarran experienced extremely dangerous encounters such as being shot at by pirates and threats of robbery, to extremely humbling moments when meeting with some of the native tribes and being escorted by the Peruvian navy and marines in gunboats for safety.

“Even with all the training, research and planning going into this region, nothing could have prepared me for the gunshots and the threats,” said Tarran Kent-Hume. “But at the same time, I experienced some of the most kind and friendly people who live along the river. They took me in, gave me food, showed me their life – that is the part of the journey I will never forget,” he said.

Travelling an average of 80 kilometres and 10 hours per day, the river went from a relatively small stream in the jungle of Peru, to the vast Amazon expanse in Brazil with no land in sight, and using only GPS and maps as a guide. Tarran slept on sandbanks and in small communities, where he came across all variations of Amazonian animals from Piranha to monkeys, to a close encounter with some crocodiles.

Tarran spent the last 22 hours battling 5-meter waves, tied to a mangrove tree in a desperate attempt to shield from the tides, before eventually pushing through the strong winds and reaching the Atlantic Ocean on October 29, 2015. 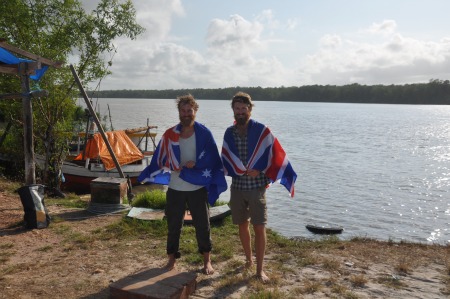 “This adventure was the most extreme I have accomplished to date, and yet the most rewarding. Less people have seen the entire Amazon River than have walked on the moon. I do this because I want to experience the beauty of our world, challenge myself and inspire my young followers to embrace life and realize there is nothing we can’t do if we set our mind to it,” said Tarran.

Tarran grew up in Tasmania, Australia where he had the freedom of 10-acres to explore and immerse himself in nature. He moved to London at 18 years old and played semi-professional soccer for 5 years. Later, he travelled and worked as a Personal Trainer, before settling in London as a corporate recruiter. After a few years in the daily grind of corporate London life, Tarran began to realize this was exactly what he didn’t want his life to be.  In 2013, he set out to change the direction of his life, and through some painful transitions, life-changing adventures and finding his calling in life, Tarran has since fought in a professional Muay Thai boxing match, summited Mount Blanc, is an Iron Man, a semi-finalist in an Athletic Fitness body building competition and now, the 1st Australian to journey the Amazon River from its furthest and most distant source.

Love on the back street of Valencia

Johnny Depp’s split from Vanessa Paradis to cost him £100m, amid rumours of relationship with Amber Heard