Travelling on: In Papua New Guinea, we venture to one of the world’s greatest eco-wilderness destination

Like many great travel stories, this one begins with a road. Not just any road but the Highlands Highway of Papua New Guinea – a 700km-long patchwork of potholes, washouts and perilous hairpin turns that cuts through some of the most dramatic scenery the South Pacific has to offer.

Our destination was Betty’s Lodge, a small B&B at the foothills of Mount Wilhelm, the country’s highest peak. We weren’t going there to scale the mountain but to meet the owner, Betty Higgins, recipient of PNG’s Westpac Women in Business Award in 2009. A former flight attendant who tore herself from the grip of poverty, she now runs a successful business in one of the most challenging – and hostile – environments in the world.

Commencing in Lae – the east coast city named after the Leahy Brothers of Toowoomba who discovered more than a million people living in the Highlands while prospecting for gold in the 1930s – the first 160km of the Highland Highway cuts through the Markham Valley. Hawks dive for roadkill as vehicles thunder down the tarmac, many of them fated to join the twisted metal carcasses that pockmark the road. PNG has the worst road accident statistics in the Western Pacific, with 4,000 fatal accidents per year. 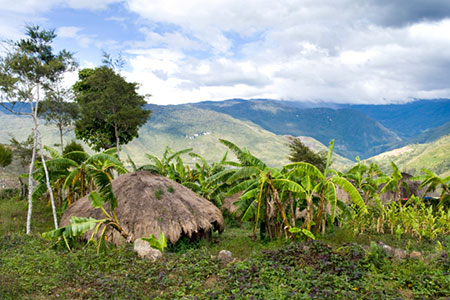 After crossing the Ramu River, the highway veers east into a colossal mountain range. Rhythmically it ascends, switchback after switchback, the Markham and Ramu melting into panoramic vistas.

At 1,500 metres above sea level the highway crosses the Kassam Pass and enters the Highlands. The climate is instantly cooler as the jungle gives way to softly rolling hills carpeted in pines and wildflowers. It climbs to 2,478 metres at the Daulo Pass before descending to Kundiawa, capital of Simbu Province.

Despite its rugged terrain, Simbu is the second most densely populated province in the country. Simbuans are ancient gardeners renowned for the cultivation of yams, taro and Arabica coffee beans. They’re also fierce and temperamental, believers in black magic and adherents of a payback system that often escalates into tribal warfare.

From Kundiawa we veer north onto the Kengsugl Road. Hewn along the ridge of a saw-toothed valley, the road is as breathtaking as it is torturous. It takes us four hours to cover 40 kilometres of ruts, bog holes and sharp slippery rocks that characterise this diabolical thoroughfare.

Landslides have washed away huge sections, while rope bridges creak under the strain of our car. Commuters also have to contend with gangs of raskols that ambush and sometimes hijack vehicles, though we only encountered friendlies on the road. 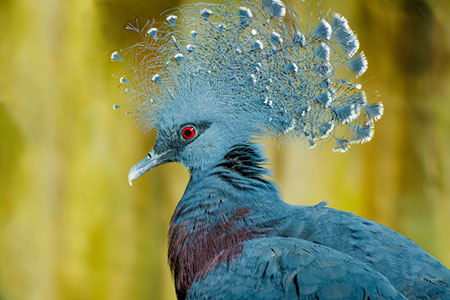 I’d been warned the accommodation at Betty’s was basic: bunk beds with a share bathroom. But those who often stay at B&Bs know the comfort level has less to do with amenities and more to do with the manager’s care and creativity – as Betty and her staff proved in spades. They’d spent hours chopping wood to heat water for the shower and to fuel the Mongolian fireplace in the lounge room. Beer and soft drinks had been placed in nets in the river and brought to us ice cold, while whole rainbow trout – caught a few hours earlier at Betty’s own fish farm – were roasting in the oven. But even these paled in comparison to the warm welcome and stimulating conversation afforded by the landlady herself.

Standing just over five feet high, Betty carries the aura of a giant among the heavyset Simbuans. At a recent village meeting she lambasted the local member for failing to improve the Kengsugl Road (“Don’t tell me to sit down! You have been in power for 15 years and not done a thing!”); and when a local bigman threatened to shoot her after she refused to be extorted, she promised her death would be avenged upon him and his business partners 100-fold.

“It’s wonderful to meet someone as intelligent and innovative as Betty,” said Colin Prince, an architect from Sydney who came to the Highlands to hunt butterflies. “She’s led a remarkable life – being kicked out of home by her father, putting herself through school and working around the world before returning home to open this place.

“She also does a lot for the community,” he says. “Two days ago we went to a ceremony marking the anniversary of the opening of the local high school, which Betty has been very supportive of. And she provides jobs and training for dozens of people here. Without her, they’d have nothing.” 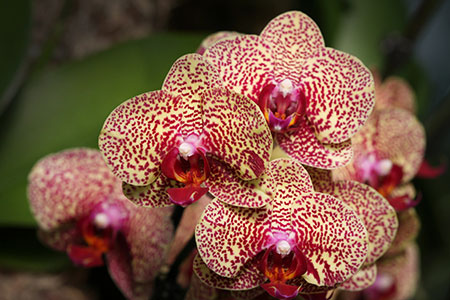 Early the next morning, Betty gives us a tour of her property. She came here in 2005 with her husband Ken, an Australian miner she met 20 years earlier while working as a flight attendant. They built the guesthouse and a state-of-the-art fish farm using eggs imported from Tasmania.

But in 2008, Ken passed away. “It has been very difficult without him,” Betty laments. “After he died, the villagers accused me of witchcraft and destroyed a lot of my equipment.”

But the worst was still to come, when, in February of this year, a landslide washed away the fish farm.

“Watching it happen was very traumatic,” Betty says. “It nearly killed me; I lost four year’s work and nearly 7,000 fish. I went away for four months but now we are rebuilding.”

Betty also created an organic hobby farm, where she grows specialty crops like strawberries, passionfruit-bananas and herbs. She’s also set up a small hydro plant that generates 7,000kW of power, and grows high-altitude orchids that have attracted collectors from as far as Holland and Japan.

But with a torrential rainy season that locks her in and visitors out for six months of every year, Betty’s Lodge is struggling to survive, attracting no more than two visitors per week.

“My main income is from the trout but the Government wants to focus on tourism, so maybe things will improve,” she says.

“There are huge opportunities here for hiking, biking, fly-fishing, birdwatching and all those kinds of things. So I hope all your friends will come to visit us in Papua New Guinea.”

Band of the week: Shields

The Trummelbachfalle in Jungfrau, Switzerland