Fiercely patriotic businessman Smith takes the angle that Australian’s should support brands manufactured at home, rather than send profits overseas.

The National Business Review stated that Smith lost ‘apparently AU$100,000’ on the ad which was banned by all TV networks. The sexual innuendo and ‘comedy’ migrants arriving on Australian shores was deemed offensive. 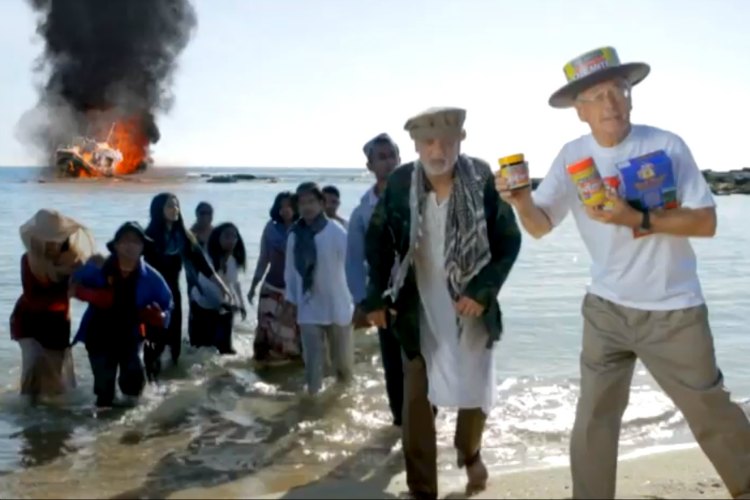 Dick Smith offers his Aussie version of Vegemite, named OzeMite, to recently shipwrecked migrants in a scene from the ad

An elderly lady in a supermarket setting utters the line “There’s only one Dick I’ll be eating on Australia Day.”

“I think it’s harmless, it’s good fun and these people should reverse their decision and on Australia Day let me run the damn thing. They’re talking about beeping it out and I said ‘No'” Smith told the Sydney Morning Herald.

A message on Smith’s own-brand matches, the delightfully named Dickheads, reads: “Brands such as Vegemite, Aeroplane Jelly, Arnott’s, Speedo and Redhead Matches are in overseas hands. This means the profit and wealth created goes overseas and robs our children and grandchildren of a future”

Watch the slightly rude and uncensored video below.

Flushed Away in India

Travel across America on a budget