He kicked off 2012 with his first solo UK tour, Big Issues, and has since taken his comedy to the next level. Now he’s rounding the year off on a victory lap, a revamped version of his topical show.

As we find out when we catch up with him ahead of his London dates, success hasn’t tempered the outspoken comic’s temperament and cynicism towards the modern world – lucky, it’s a minefield for his material.

“Freedom of speech exists within our minds and behind controlled doors,” he rants matter-of-factly. “Did you hear they’re banning ice cream vans now … because of obesity,” he continues.

“I believe a global catastrophe is coming.” Forthright Steve doesn’t mince his words when addressing the state of the global nation.

He’s a cynic and conspiracy theorist, yet combines this with an everyman-supporting passion for standing up for those who can’t or won’t speak up for themselves.

And Hughes is a contrarian – a heavy-metal playing, dope-smoking polemicist, a campaigner, a pacifist, an anti-globalisation satirist, a common-sense supporter, and that’s just for starters.

It shouldn’t work, but it does, very well indeed.

Hughes came to the UK in the mid-Noughties, finally holing up in Manchester after a stint rooming with top Aussie comic Jim Jefferies in London – seeing a Bill Bailey show in Oz was his inspiration, making him realise he’d have to work with talents of that calibre to improve.

Also because, as he jokes (but not really), many Australian artists need to find success elsewhere before they’re afforded it back home. 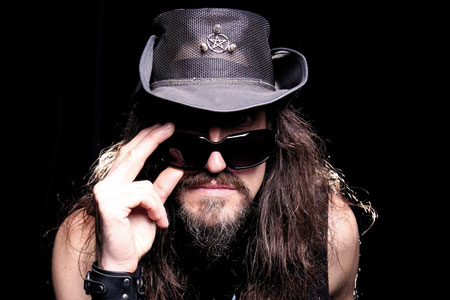 “My cultural theories are that they don’t have the infrastructure, in society or within their own consciousness, to accept something unless it’s mainstream, or forced upon them,” he reasons.

“Even AC/DC had to come to Europe and sell millions there before they got recognition back home.”

Hughes, after touring his sold-out show in the UK earlier this year, spent much of the summer performing Issues in Australia, where his star has risen after his UK rung-climbing.

So what’s been getting his goat since he last caught up with TNT?

Well, the British excelled at London 2012, on and off the track; a gunman killed 12 at a US cinema, reigniting the gun control debate; and the US went to the polls to vote for the presidency …

For many, Obama’s re-election was seen as a positive, a concerted ‘no’ to the Republicans’ revisionist stranglehold of the post 9/11 society. Not so for Hughes.

“I don’t believe that people are voted in, they are put in power by secret governments, and the elite people behind them,” he bluntly proclaims.

“Obama is just as evil, if not more so, as [George W] Bush and has carried out more than 300 drone strikes in a year and a half. He’s just a Rothschild Zionist puppet. And so was Mitt Romney.”

So, not pleased with last month’s vote then?

“When you create this psychology of a disposable society, you create this idea of our leaders being the same in the collective psyche. [The Democrats’ campaign slogan] ‘Change we can believe in’ – what does that even mean?

“Armageddon could be change, and who is ‘we’ anyway? The public? Or you and your cronies and your secret society?

“They’re going to create a third world war so they can say that we need to be saved from this damnation and then there will be a singular government monitoring the entire world. That’s why terrorism is better than communism, as anyone can be a terrorist.”

His suspicion is by no means limited to the US, though. 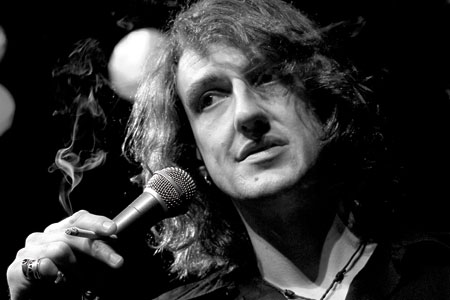 “Australia is not as good at sport anymore because their culture has changed,” he argues of his native land.

“It used to be a very isolated country before the internet and globalisation. When I grew up it was all about sport [one of his early routines involves him joking about an equal love for death metal and cookery at the expense of team activities].

“But now the country has changed and, through the influence of the US, it’s becoming a police state.

“You can’t push fascist agendas in Europe, because they’ve seen it all before. But in Australia, especially white Australia where no one’s been oppressed, they’re laying these oppressive ideals on people.

“They have an anti-jaywalking campaign called Operation Disobedience! (TNT assumes this is a gag, as we’re not sure any such campaign exists). I’d like to see them try that name in France!”

Anything else Down Under that irates? Yep. “They’ve become more superficial and shallow. They’re all going: ‘We’re not worried about being racist anymore we just care how much cash you’ve got!’”

Whether it’s the impending onset of global conflict and our future subservience or the changing attitudes of his homeland, Hughes is equally irked by the little things and refuses to be constrained by popular logic.

“They say that 64 per cent of Australians are obese now – are you kidding me? Those cunts can’t stop running around in the sun! All they do is get ‘experts’ to come in and redefine what obese is. It is all crap to take control.”

As heavy as this sounds, his ‘fight the power’ routine is peppered with observations of contemporary life he simply views as sensible – juxtaposing prejudices and ignorances with an honest view of the world and its people. How it is versus how it should be. And he stands by every word.

But far from being an anger-driven comic, he is just as much a campaigner for a future in which we all live in peace and harmony, where man is good to man, and above all, good times run riot.

More than that, despite his perceivably preachy theorising, he is also very, very funny indeed.

A natural on the stage, there’s little difference between stage Steve and off-stage Steve – and he has a roaring laugh.

The black-clad former Slaughter Lord thrash metal drummer is also full of surprises, whether it be with a tangent in his shows’ breathless narrative or with his side projects.

“We’ve had this little demon character for years now, a spawn of Satan little thing,” he says of his voice role in a Sydney animator friend’s in-development movie.

“We even have a pop song that we wrote for the boy band in the film!”

Despite being unapologetically one-minded in his views, Hughes is not short of self-awareness.

If I thought all the time about the things that I think about the future, I’d wind up in my fucking room reading Nietzsche with the windows blacked out,” he says. Full-on can’t be full-time.

“I met this great artist recently in Finland [while on tour], who was actually really excited about living in these times.

“He thought about our consciousness expanding and people being allowed to be who and what they were, so it all depends on your viewpoint.” So what’s yours?