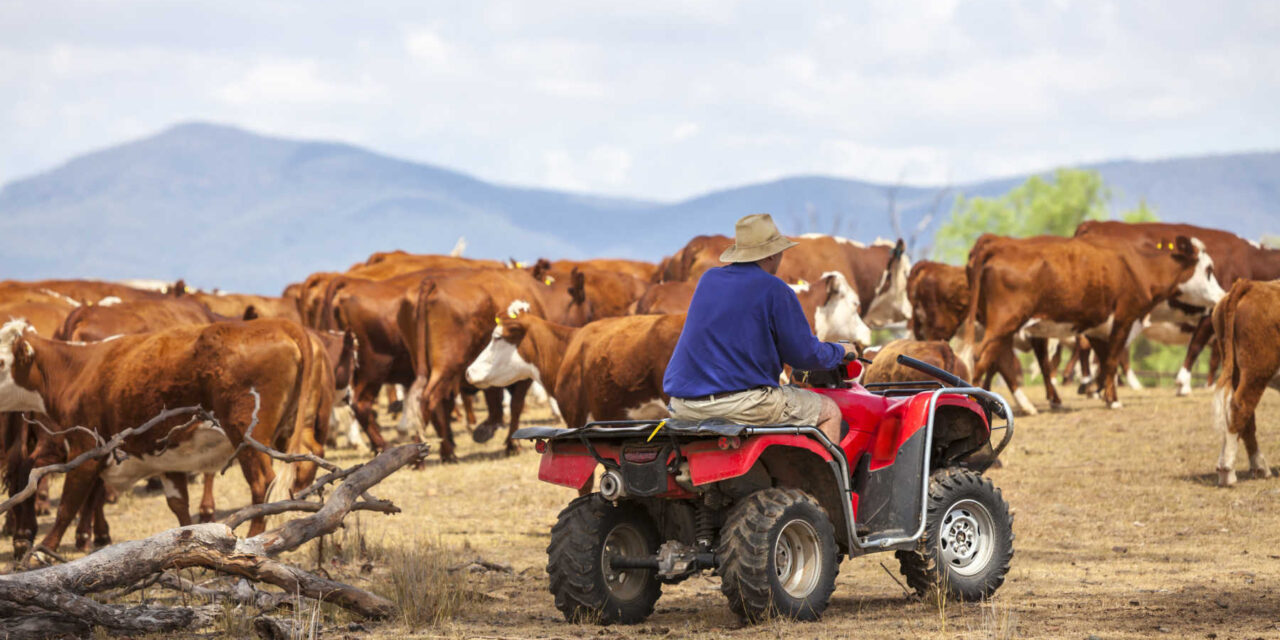 Certain images come to mind when I think of farms – namely one of a man sticking his arm halfway up a cow’s bottom. Don’t ask me why, but that’s the thought that always sticks in my mind.

So it’s fair to say I had a few apprehensions about visiting a cattle station in Queensland’s Capricorn Region. But then again, I was keen to learn from the “real cowboys” how to crack a whip, lasso, use a shotgun and help herd the cattle. To make things even more interesting, I would be graded out of 10 for each activity against my male companion, Roger, in a battle of the sexes. This would be Calamity Jane versus the Sundance Kid and I was ready for the challenge. As long as cow’s arses weren’t involved.

On arrival at the cattle station in Biloela (a two-hour drive
from Rockhampton), we were whisked away to the camp where we were to learn our tasks. These cowboys obviously meant business.

Andrew, our stetson-wearing host, was cooking up a huge meal for us and explaining how we were going to be put through our paces the next day. Having suitably fed our faces, he told us stories about life on the station and pointed out the myriad constellations in the brilliant night sky. I was introduced to my swag – a padded canvas sleeping bag – which I hadn’t expected to be so comfortable. Yup, I was going to enjoy a night under the stars. Unfortunately it was a full moon, so by the time we bedded down, it felt like someone forgot to turn the light off. I suddenly became paranoid about snakes getting into my swag so I tried to tighten it around me snugly.

After a restless night, it was a welcome relief to be up at sunrise and given a nice cup of billy tea, before getting to grips with our first task of the day – learning to crack a whip. Our host proceeded to demonstrate the fine art, carefully pointing out how it’s all about a flick of the wrist. Easy, right?

Under my Calamity Jane guise, I proceeded to battle it out against the Sundance Kid, but for some reason we could barely get the whip to whimper, never mind crack. Out of a possible 10 points, we each received a miserable three points for effort.

Then it was onto the lasso. Thankfully instead of a live animal, our prop was a skeleton head of a bull which still looked pretty scary. Lassoing was another task that looked easier than it was to do, but after several (hundred) tries, I managed to get the swing of it (eight points), unlike Sundance (four points).

Next we were to try our hand with a shotgun; this was one activity I was really looking forward to. In the absence of bad guys, our shooting target would be clay pigeons.

When I was given a double barrel shotgun and bullets (real ones!) to load the gun, my hands were shaking and my heart was racing at the prospect of being responsible for such a dangerous weapon. And I hadn’t even pulled the trigger yet.

Having been shown how to hold the gun and position myself, I was ready to pull that trigger after the signal. As the first pigeon was released, I fired at the disc and nearly fell back from the force of the shot… and totally missed the target. Our instructor looked rather worried (or scared) about my handling of the gun. Despite the dismal start, there was something very exciting about holding such a powerful weapon. However, I missed all three targets, unlike my rival who accurately shot all three – damn. Total points: Calamity (3 for effort) and Sundance (10 gold stars). 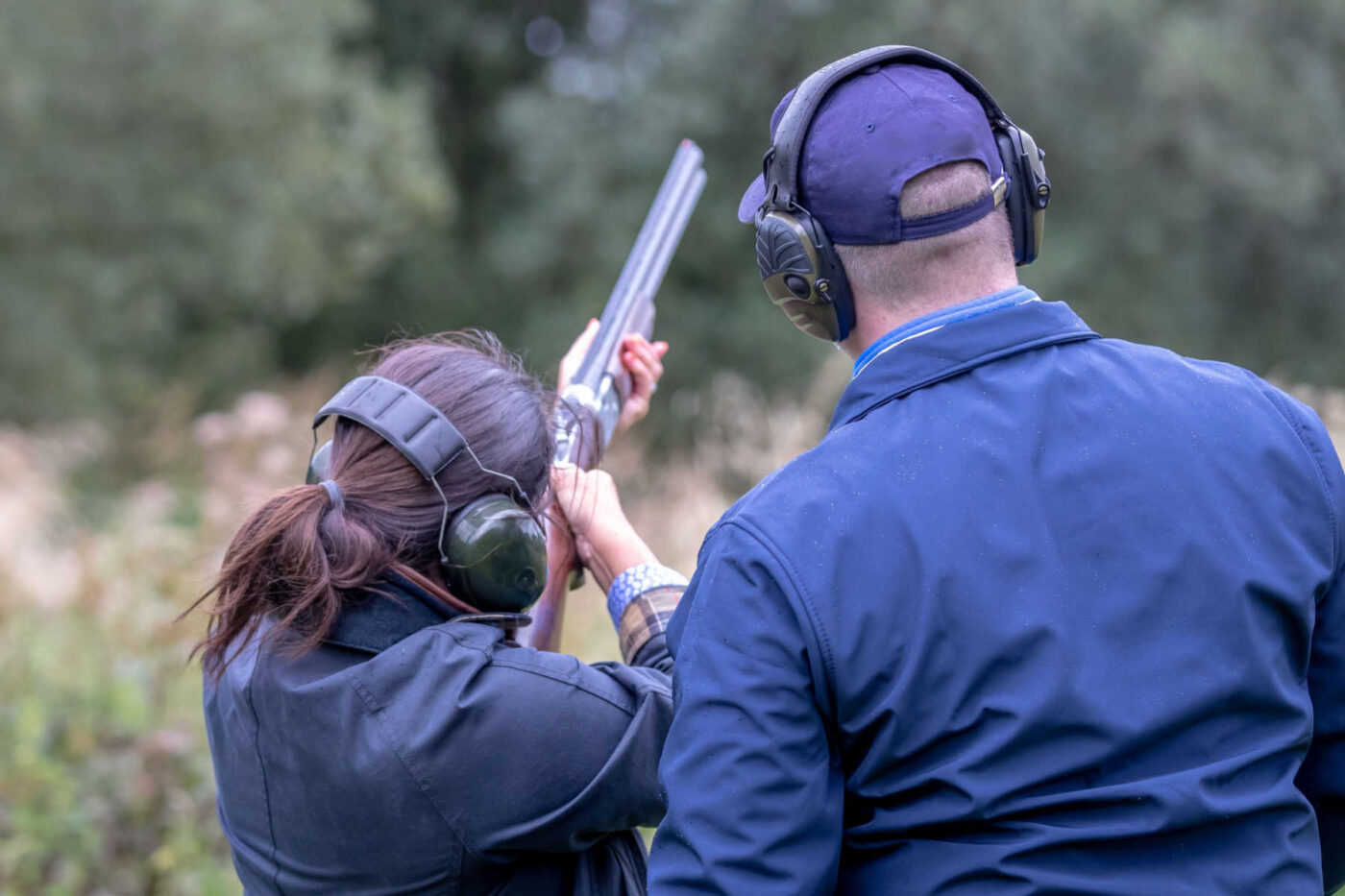 It was time for our biggest task of the day – learning how to ride a horse, and then herding (or mustering) 100 cows into another area of this 4,000-hectare cattle station. There would be 14 of us embarking on this feat, most of whom had never even ridden a horse before. I was introduced to my horse, Lady, and given a five-minute lesson on how to ride her. No worries.

Then it was time to go. This time we were in the thick of the action with real cowboys, and I really felt I was guiding those cows to their new home. Unfortunately, my horse didn’t quite live up to her name, and Lady was intent on sharing her impressive “passing wind” problem. The other people in our group seemed to think it was me and kept their distance. But at least the cows were well behaved, and the muster turned out to be quite enjoyable. And I gained 10 points from the task – yippee! But so had my rival – grrr…

We had one last challenge of the day – riding the mechanical bull. I was not looking forward to this, but in the battle of the sexes, I had to do it for the sisters. As I straddled the mechanical beast, I held on for dear life as it got faster and faster and my head was spinning even more. Luckily my competitor and I were both feeling the same and it was with relief that he declared a draw. Ten points all round, but I was still three points behind.

After yet another huge feed (they certainly like their meat on the farm), it was time to rest my weary head. I was looking forward to the luxury of a cabin after a night under the stars. The next morning, after another hearty breakfast (bleurgh!), we were told the rest of the day would be all about relaxation – huzzah. There was just one task left to complete – milking a cow! I was hoping that was all we had to do, as the haunting image of the arm and the cow’s bottom was coming back to bring me out in a cold sweat. As it turned out, I quite enjoyed squeezing those udders, and I think the cow did too.

Roger seemed to be enjoying himself too much for my liking, although he couldn’t quite get the hang of it, giving me an end score of 10 points and Sundance, seven.

The scores at the end of the contest? Calamity Jane and the Sundance Kid – 44 points each. In the battle of the sexes they’re equal after all. And not a cow’s backside in sight.

Where can I do a farmstay?

The Capricorn Region, incorporating the beef capital of Rockhampton, is best-known for farmstays. Several family-run companies operate in the dusty farmland in the surrounding area. You can stay for a couple of days, a week, or see if they’ll take you on for a bit of work – be prepared to muck in though!

How do I get there?

Unsurprisingly, most farmstays are way out in the middle of nowhere – isn’t that where farms are meant to be? – but most companies can organise to pick you up from the nearest big town.

Why should I go?

It’s not often as a traveller you are allowed into the lives of real, working Australians in the outback – but that is what a farmstay is all about. Most farms still run as businesses, so although you are on “holiday”, the work is serious and can be hard. Having said that, it’s a once in a lifetime experience you’ll never forget. Yeehaw!

More info: Check out www.farmstaysaustralia.com for more info on farmstays in your region. 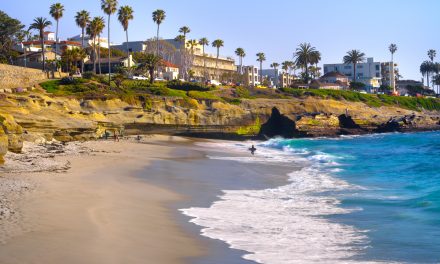 Mountains vs Seaside – the best places for freelance writers 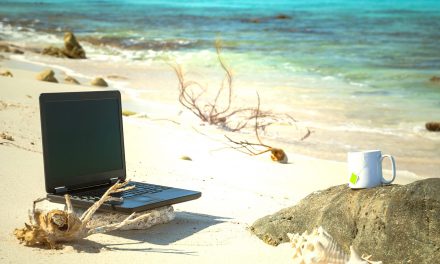 Living the digital nomad life, life on the road 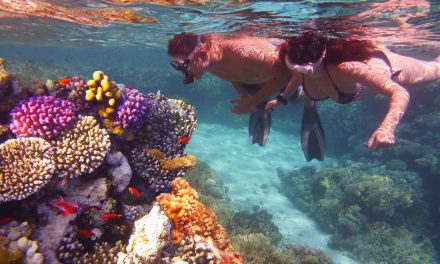