A taste of Japan in London

Whether it’s sushi, ramen, anime or any one of a spray of theatrical events, there is just no getting away from the J-trend right now.

You certainly don’t have to be a foodie to know that Ramen is rocking. Ippudo’s (Central Saint Giles, London WC2) London launch attracted all sorts of national publicity last month, but there are plenty of more modest establishments offering much the same fare at a correspondingly more modest cost – the uninitiated would say that there is only so much you can do with noodle broth, but that’s the uninitiated for you. 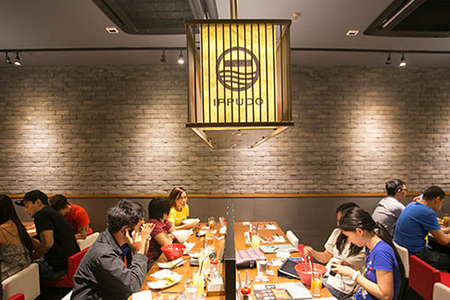 Ippudo is not the only ‘international’ brand to have set up shop in the city in recent times; Kanada-Ya (St John’s High Street WC2) boasts authentic tonkotsu ramen and they have just added beer and wine to their menu, which is at least a step towards overcoming the reservations of the meat and two veg brigade.

Shoryu, which has restaurants on Regent Street, as well as in Soho and Carnaby, make the modest acknowledgement that they can struggle to cater of larger parties – that’s the bad news. The good news is that their Soho branch offers a private room can install parties of up to 14. With bookings not ordinarily part of the ramen rationale, and queues not so easily sold as part of the authentic J-experience, the option to book is one to take note of.

Flying in the face of fashion, meanwhile, is Ikeda, tucked up close the Japanese embassy in Mayfair. Ikeda has been providing high quality traditional Japanese fare for 36 years. A distinictly considered – not to say formal – dining experience is provided within Idea’s cloistered walls. Making a feature of its ‘iconic’ black cattle kobe beef, you get the sense that Ikeda will be still be doing good business long after fashions move on to the next food fad. 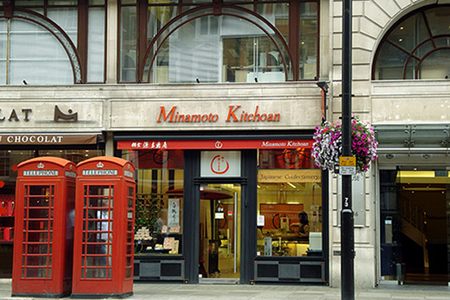 Anyone with a sweet tooth looking to tap into that Japanese vibe could do worse than check out the wagashi (Japanese sweets) on offer at Minamoto Kitchoan (44 Piccadilly). Part of a distinctly up-market chain Minamoto Kitchoan offer exquisitely presented goodies that are not exactly cheap – a single sweet can cost £2 – but which do make perfect gifts at any time of the year.

We should bear in mind that all this beautifully poised, pared-down minimalism is only one part of the real Japanese experience. Anyone who has spent time in (or even near) a Pachinko parlour will know that there is a contrastingly noisy, brash, bright and garish side to Japanese leisure that is a million miles away from the simple aesthetic that is  driving the current vogue here.

Pachinko is – in effect – the Japanese alternative to casinos. It’s a form of gambling which is based around a hybrid of bagatelle, roulette and a fruit machine – ball bearings repeatedly drop into slots to win prizes – there is a bit more to it, but not much! And there is a quite astonishing level of bling – it’s like Blackpool on steroids.

Pachinko is inescapable in Japan; it is said to account for 5% of the national GDP. In the absence of Western-style casinos it is where salary men go to get their kicks. Although online casinos – especially 32Red– are eating into the pachinko market the $187 billion industry is fighting back by targeting younger players. 32Red are by no means the only online provider tapping into Japan’s surprisingly energetic appetite for online gambling: All Slots, Royal Panda, and Spin Palace are among the gaming brands doing brisk business at the expense of the established order. There is nothing like Pachinko in London currently, but it can only be a matter of time before someone spies the gap in the market.

Continuing the up-beat motif the London Anime and Gaming Con is the must-see, must-be-seen event of the New Year for anime lovers. February 7th and 8thwill see the London Met open its Rocket Complex doors to two and a half thousand fully animated revellers geared up for a non-stop celebration of all things anime.

LAGC looks like a weekend crammed with events and activities: cosplay, gameplay – with £1000 in prizes up for grabs – live J-pop, karaoke, personal appearances from leading creators and performers and more. More than 100 different games will be available – old and cutting edge – as well as films, talent competitions, live dubs, speed dating and a whole lot of partying. There might even be some Pachinko!

For the more reserved, Japanese theatre act SIRO-A are back for their third annual stint of ‘techno-tastic fun for all the family’ at the Leicester Square Theatre. Mime, dance, puppetry, electronic gadgetry and no shortage of worldly wit are woven together to make for a strangely beguiling evening. The relaxed setting of one of the capital’s less formal venues make for a satisfying counterpoint to the precision of events on stage. East meets West in a way that is both funny and insightful and that even offers a tiny – audience participation – nod in the direction of the panto season. SIR-Oare in London until January 11th.

below: Image by  Telstar Logistics