Planning to brown-nose your way to a promotion, starve yourself thin and settle down with someone reliable this year? Really? Life’s too short, says TNT’s Frankie Mullin. Read on for some alternatives to those life-negating, hackneyed old New Year’s resolutions.

Out: Have a month on the wagon
In: Drink even more in January

You know you can’t do it anyway, so why torture yourself attempting to stay sober through the January gloom. Instead, give in to your vices, but do it in style.

The wonderfully named Callooh Callay (calloohcallaybar.com) runs cocktail-making classes in Lewis Caroll-inspired surroundings. Learn to make the classics as well as creating your own concoctions. Prices start at £40 but if you make the winning cocktail you’ll get a £50 bar tab.

Combine two resolutions by hitting a champagne bar where you can blow cash and get drunk in one fell swoop. Amuse Bouche Champagne Bars (abcb.co.uk), with branches in Parson’s Green and Soho, aim to make champagne “an affordable everyday luxury” – a worthy goal if ever we heard one – and glasses start from £5.

Out: Be a nicer person
In: Learn to kick some butt

OK, we know that these two aren’t mutually exclusive but shift the emphasis of your resolution from sweetness-and-light to hard-as-nails. Stride around London this year with the knowledge that you’re a force to be reckoned with.

The British Martial Arts and Kickboxing Academy (bmaka.com) has a centre in Wimbledon and offers a free first class. Karate lessons will teach you punches, kicks, sweeps, take-downs, sparring and self defence.  The weapons class will show you the ropes of using nunchuks, kali sticks, swords and bo staff. Hell yeah!

Out: Move up the career ladder
In: Ditch your job and go travelling

You could spend 2011 sitting at your desk listening to your colleagues discuss how slow their computers are, the highlight of your day being a chocolate biscuit after lunch. Or, you could jack it all in and set off for a year of adventure, freedom and endless lie-ins.

“If you’re going to ditch your job and go travelling, start planning about four months before you go to sort out visas, vaccinations, travel insurance and plane tickets,” says TNT Travel Editor Janine Kelso. Check out our feature on planning an epic adventure on P58.

If telling your boss to ‘stick it’ is too big a leap, then at least plan to get off the beaten travel track next year.

Pru Goudie of On The Go says: “Russia is trending high for 2011 and is an exciting place to visit for the seasoned traveller. It’s not an easy destination to travel though, so book a tour.” 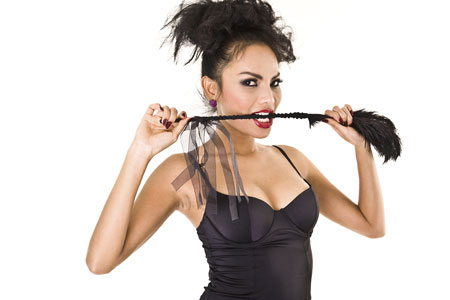 Out: Fall in love
In: Be a better shag

A happy, fulfilling relationship is a staple of the old New Year’s resolutions’ list, but secretly wouldn’t you rather just have loads of meaningless sex? Either way, hone your technique with one of London’s many sex classes. Everyone’s a winner!

Sex & Relationship Coaching (sexandrelationshipcourses.com), based in central London, offers lessons for men, women or couples. By the end of the Drive Women Wild or Unzip His Pleasure class, it promises you’ll have ideas and tricks to take your partner on a journey to “deeper, richer and wilder pleasure”. 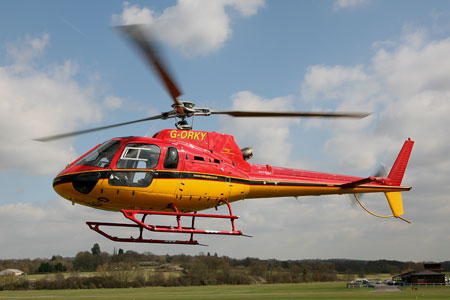 Out: Save money
In: Blow everything you earn

Hey, the economy may have collapsed by 2012 and your money won’t be worth the paper it’s printed on, so you might as well spend it now!

For some London decadence, take a helicopter trip over the capital’s famous landmarks. London Helicopter Centres (london-helicopters.co.uk) charge £115 for half an hour.

Or pop into The Ritz (theritzlondon.com) for Afternoon Tea. Prices start at £40 – satisfyingly steep.

The world’s best job is up for grabs