Beautiful Stellenbosch is, by some margin, the most well-known wine region in South Africa. Just a short distance (25 miles) from Cape Town, it is backdropped by the majestic Simonsberg mountain range. Thanks to its climate and terrain, the region produces a huge variety of wines, with some of the most popular being Stellenbosch Cabernet Sauvignon, Sauvignon Blanc, Shiraz and Chenin Blanc. Stellenbosch is also famed for being the birthplace of Pinotage, a cross between Pinot Noir and Cinsaut. Estates to put on your must-visit list include Waterford and Spier Wine Farm.

Named by Expedia as the second best wine region in the world, northern Italy’s vineyards have to be seen to be believed. Rolling hills, lush valleys and villages await you, and glasses of Prosecco and Asti Spumante are asking to be drunk. Where to go? You could start by heading to Treviso, a historic town not far from Venice with the river Sile running through it. Enjoy food and wine at one of Treviso’s many trattorias before heading over to the Bortolin winery, roughly an hour’s drive from the centre of Treviso. The Bortolin family have been making wine here since 1968, so it’s safe to say they know what they’re talking about. This 20-hectare site produces around 400,000 bottles of Prosecco a year, so there’s plenty to go around! 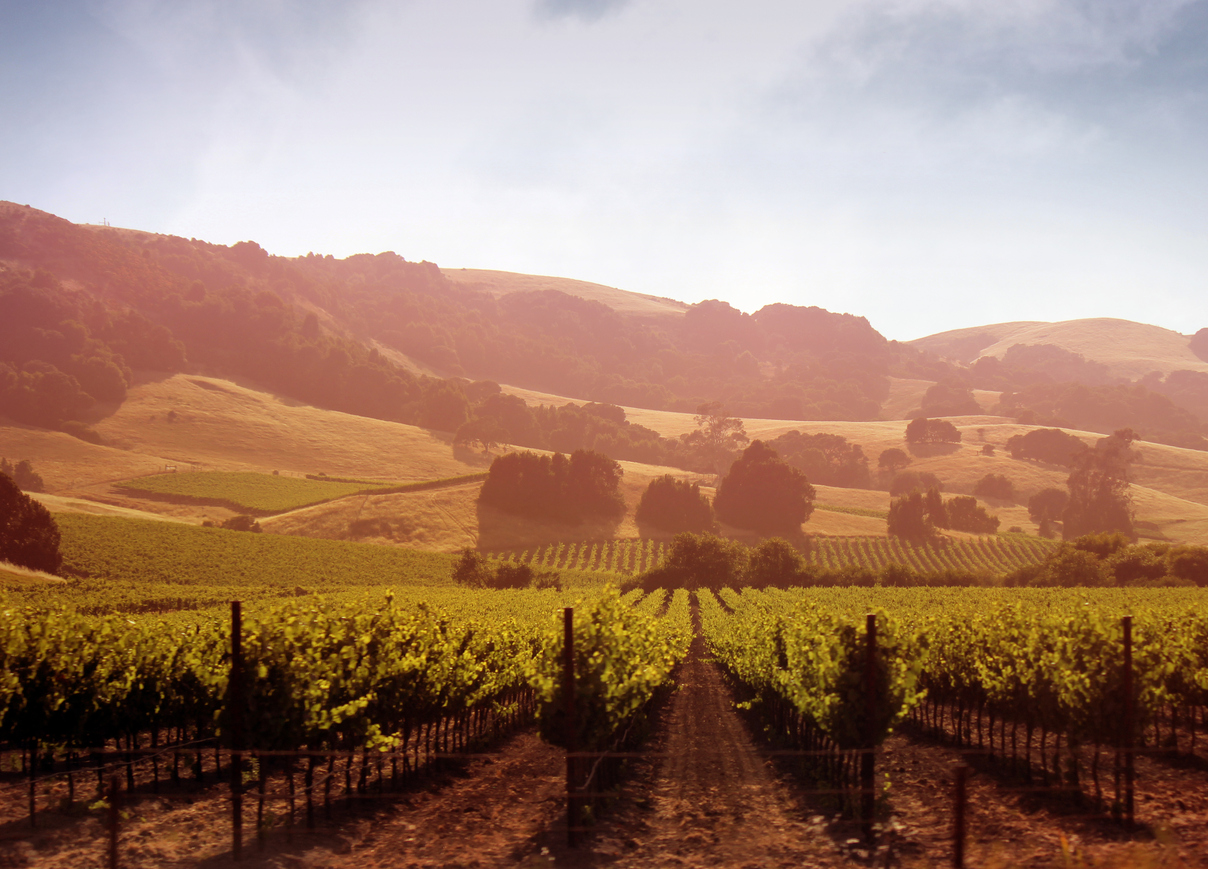 Although it’s fairly well-known, Sonoma County isn’t as popular as its close neighbour, the Napa Valley. The advantage of this is that it’s never quite as packed with tourists, making it just the place to go if you’re looking to relax and unwind on a wine tour. Close to San Francisco, Sonoma is home to hundreds of wineries – there are at least 400, covering around 60,000 acres – and 17 American Viticultural Areas, which are designated grape-growing regions. Wineries in the area mainly produce Pinot Noir, Chardonnay and Cabernet Sauvignon. Calling points include Inman Family Wines, an eco-conscious wine estate (you can charge your electric car there), and Siduri, now recognised as one of California’s best producers of Pinot Noir.

Catalonia is the home of Cava. The sparkling wine has been produced in the majestic region since at least 1870 and it produces 90 per cent of Spain’s entire Cava production. It’s thought that some of Catalonia’s very best wines aren’t available outside of its borders, so if you really want to taste excellence, you’ll need to go direct to the source. Every year Cava is celebrated in Catalonia with Cavatast, an open-air Cava festival that takes place in early October. Located on the Mediterranean coast, and home to the exciting cities of Barcelona and Tarragona, Catalonia is a fantastic destination for a wine tour.

Big, brassy and beautiful, the Barossa Valley in about an hour away from Adelaide and is known for producing Shiraz and Rieslings. Wine has been produced in Barossa since 1842 and today there are more than 550 grape-growing families in the area. One of the world’s truly great wine regions, Barossa is home to both the Barossa and Eden valleys, so it’s one of the few wine areas in Australia to have both warm and cool climates. When it comes to wineries, you’re spoilt for choice, but we’d recommend Yalumba, the oldest family-run winery in Australia.

In cinemas now: Men in Black 3