With lashings of critical acclaim from both sides of the Atlantic, millions of YouTube hits, numerous Royal Variety Performances and recent headline shows at the world famous Planet Hollywood in Las Vegas, Paul Zerdin  will embark on his Spongefinger tour on 8 April 2016.

Paul will be aided, bated and abetted by his three regular sidekicks, Sam, Albert and Baby. Sam, the pre-pubescent ‘tweenager’, who is definitely too big for his boots claiming most of the credit for Paul’s recent America’s Got Talent win, Albert the unstoppable octogenarian, whose hearing gets worse and is still chasing the women but not sure why,  Baby who continues to misbehave and compete with Sam for Paul’s undivided attention.

If you think you might just be happy to sit back and watch, think again!  You may find you have your very own Spongefinger cameo as further hilarity sweeps the room by way of eager audience members becoming players in the sponge soap opera unfolding before your very eyes!

Serving up a show brimming with colourful characters, shocks and surprises, side-splitting skits and some seriously eyebrow-raising humour, Paul Zerdin’s Spongefinger could be coming to a theatre near you in 2016 –  check the dates at www.paulzerdin.com 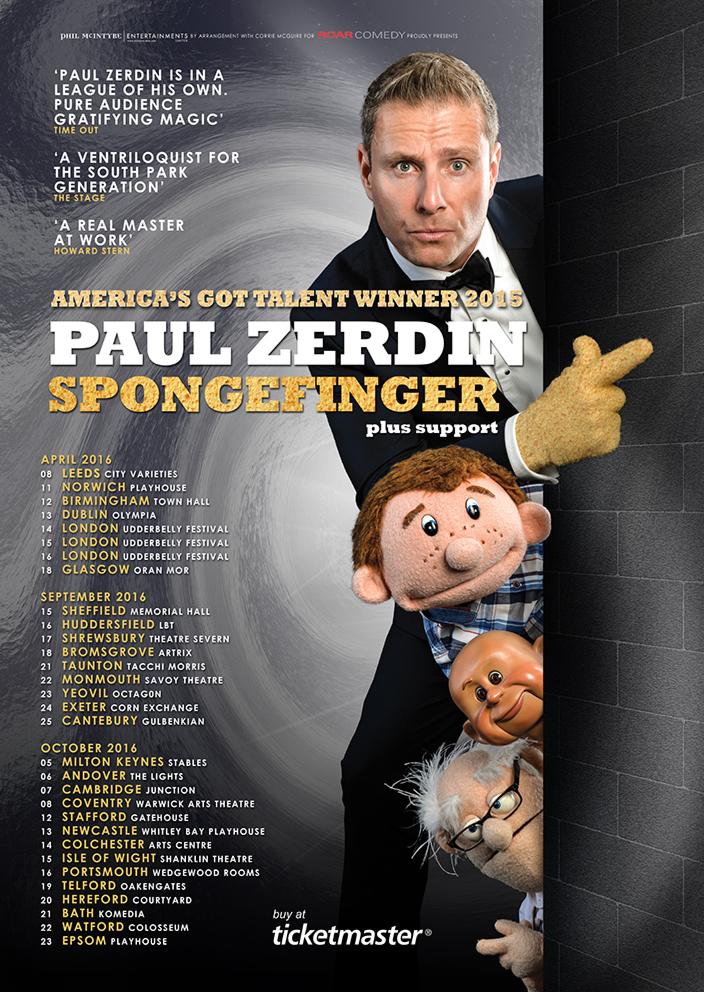 Best place to stay in Edinburgh by far