Antarctic adventure: Glittering icebergs, glacial waters and heart-stoppingly cute wildlife are yours to discover on a polar cruise

On shore, meanwhile, one very confused penguin waddles between piles of heaped-up clothes.

Strangest of all are the humans. Near naked, they surround me.

The air, as well as our bodies, is turning blue because we’re taking a dip in the Antarctic Ocean and unsurprisingly, it’s bloody cold.

Indeed, you’d survive about four minutes in these waters, but we’ve no desire to test that limit.

Barely able to breathe and with the glacial waves lapping like daggers against my flesh, I last less than 60 seconds before staggering back to Deception Island’s black volcanic sands.

With our Antarctic bath accomplished, a million-and-one layers are frantically thrown back on and soon grins dominate every face.

It’s a look we’ve grown accustomed to on our 10-day expedition to the Great White South. 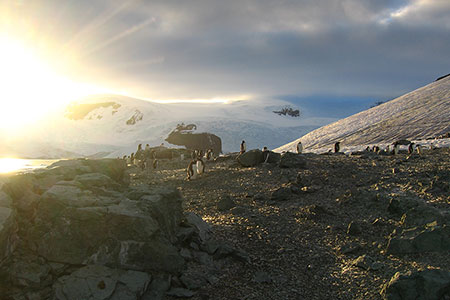 Getting here, which involved crossing the infamous Drake Passage, has been no small feat.

I’m on board the MV Ushuaia, with 83 other passengers, having left its namesake Argentinian port a week before our icy plunge.

The 500-mile stretch of water is renowned for being among the world’s roughest. Indeed, one travel agent had jovially informed me that getting sick on the Drake is “just the price you pay” for getting to see Antarctica. That had not been what I wanted to hear.

The passage is named after English sea captain Sir Francis Drake, who passed south of Cape Horn in 1578, but sadly, my sea legs aren’t a patch on his.

And so, filled with dread ahead of a potential two days of gut-wrenching seasickness hell, I wave goodbye to south Patagonia and the beautifully sheltered Beagle Channel, before getting drugged up to the eyeballs and assuming the recommended anti-nausea position staring at the horizon. And there I wait.

At one point I notice sick bags have been Sellotaped to every inch of the boat. But then, halfway through day two, the best news ever arrives.

“We’re making great time,” she adds, before the final cherry on the cake: “So great in fact that we’ll make our first landing, ahead of schedule, tomorrow.”

The grins start to appear. 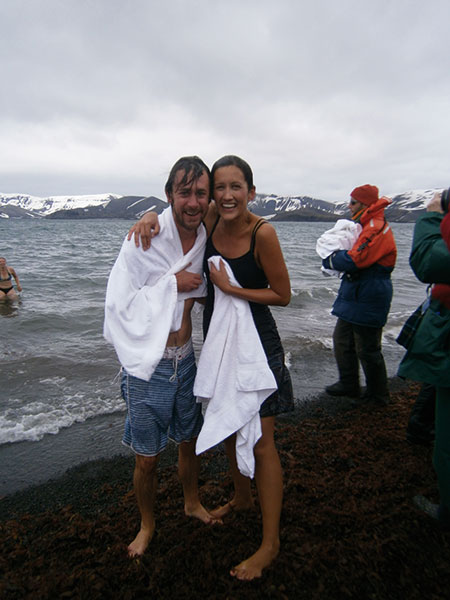 Over the coming days, which now involve 24 hours of light, the landings come to dominate our waking moments.

The anticipation is on another level and what to wear becomes a major part of the ritual.

Should we squeeze into three pairs of socks, or four?

With a life jacket thrown in for good measure, it’s a miracle any of us can move, but move we do, like a hyperactive line of Michelin men, waddling ecstatically to the deck. 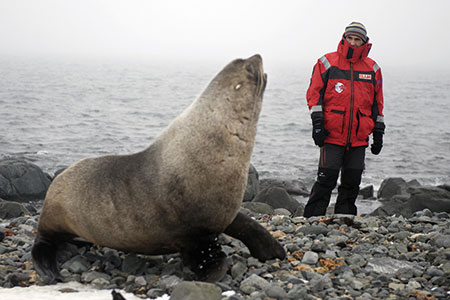 With strict laws meaning no ship can land more than 100 tourists on Antarctica at any one time, we smugly congratulate ourselves on picking a ship with less passengers than that magic number and head towards the inflatable Zodiac boats, which will transport us to shore, 10 at a time.

Minutes later, we’re pulling up at Yankee Harbour, on Greenwich Island in the South Shetlands.

Lying 75 miles north of the Antarctic Peninsula, the weather that meets us is fierce.

The 40-knot winds bluster while intermittent rain and snow beats down. But none of us care.

Seconds after touching land, a couple of the island’s 8000 gentoo penguins swim up to greet us.

Barely 70cm tall, and with red beaks that make them look as though they’re wearing lipstick, the gentoos are immediate stars.

Sleek and streamlined in the water, our new best friends are an entirely different story on land. Put simply, it’s like they’re members of the Muppet family.

They slip and stagger, flap and falter, the whole time looking lost in the world and completely bemused by our appearance. 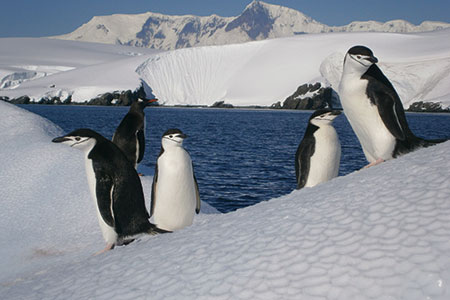 They approach us fearlessly, staring for long periods, heads cocked, before jumping off again, invariably falling on their faces.

Calling them adorable just doesn’t do them justice.For a few hours we wander happily among the gentoos, many of which have painfully cute week-old chicks.

Bundles of thick grey fur, the chicks cower under their parents for warmth as we form our paparazzi lines just a few metres away.

Nearby we also spot chinstrap penguins, similar in appearance to the gentoos, except with a perma-smile black line replacing the lippy, and some skuas, large seabirds that are the penguin chicks’ most dangerous predator.

Despite the harsh conditions, we eventually head back to the Zodiacs, feeling totally exhilarated.

Yet our elation proves short-lived. Next on the agenda is a sail south through the Bransfield Strait, which I now discover to my dismay is known as the “mini Drake”.

Some passengers had previously expressed regret at not experiencing a notorious Drake storm, to which our assistant expedition leader, Agustin Ullmann, had replied they might change their minds once they’re in one.

“It’s fantastic for the first 10 minutes, but 48 hours later you want to kill yourself,” he said. 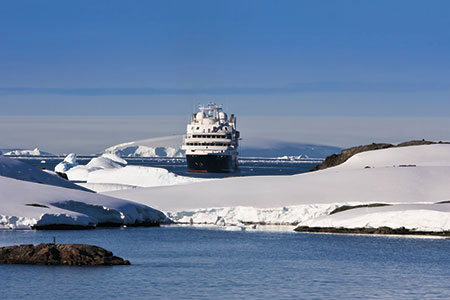 Well, the storm chasers now get their wish, as the Bransfield starts to throw its worst at us. More than a few of us throw quite a bit back at it.

We wake, however, to a whole new world. Pulling up by the Hydrurga Rocks, ahead of us lies several days spent among the sheltered bays and channels off the Antarctic Peninsula itself.

Everywhere we look, epic icebergs jut jaggedly into the skyline, penguins jump, dolphin-like, through the waters and huge seabirds, such as the 3m-wing spanned wandering albatross, prowl the skies.

Venturing off the ship twice a day, we land at sites across the peninsula.

At some, including Danco Island and Neko Harbour, we hike up the ice for panoramic views across the glistening continent.

At others, such as Jougla Point, we get to admire the blubbery masses of Weddell, crab-eater and elephant seals.

Everywhere we go, thousands of penguins and their chicks are there to meet us.A stop at an Antarctic military station, the Chilean Gonzalez Videla base, is an unexpected highlight.

Having not had visitors for a couple of months, the 13 residents are over the moon to welcome us, plus our largely Chilean crew, who hit the shore waving their flags and singing the national anthem.

Soon enough, they’re handing out the Pisco sours and showing us around.

Still, best of all are our trips on the water, zooming between the icebergs aboard the Zodiacs. 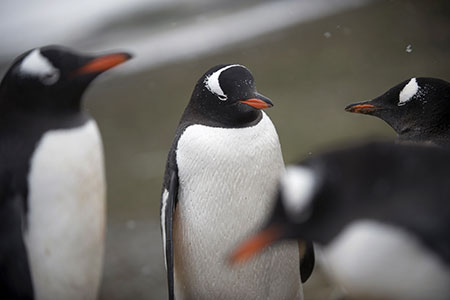 At Neko, we chance across a group of dozing humpback whales, bobbing sleepily on the surface, one using its giant pectoral fin to maintain its balance as it drifts so close we could practically touch it.

At the Melchior Islands we head out with blue skies all around us, but this time it’s the ice that is the star.

As the sun glistens through the bergs and onto the pure Antarctic waters, we gape in awe at the kaleidoscope of blues, hard-pushed to think of a more beautiful sight.

It’s often said that while the wildlife brings people to the Antarctic, it’s the ice that brings them back, and now I understand.

Which is why later, pulling myself from my sub-zero Antarctic bath and preparing for the journey back to South America, I’m ready to pay whatever price the Drake demands.

Flights from London to Ushuaia start at around £915 return.

Beds on board the MV Ushuaia’s 10-day Classic Antarctica Expedition start at £3150.

Book direct with the ship at  antarpply.com

When to go: Antarctic cruises only operate from November to May because otherwise the ice is too thick for ships to sail through.

From November to December, iceberg and icescape shapes are considered to be at their most dramatic and the fares are lower.

December to February is high season and best for seeing penguins and other wildlife, while February to March is the time to go for whale watching, and last-minute discounts are easier to secure.