Ashes 2013: First Test, Day 2 wrap – Cook and Pietersen get England to stumps but the day belongs to teen debutant Agar

Agar batted with a freedom at number 11 that not only saved his nation from an embarrassing first innings total but completely defied the trouble most other batsmen have had in the past two days.

On his way to 98 he wacked some of the world’s best bowlers around the Nottingham ground and was cool far beyond his years.

It could have all been different had the video umpire decided to give him out stumped before he’d reached 10, but what they’ll remember is what came after. 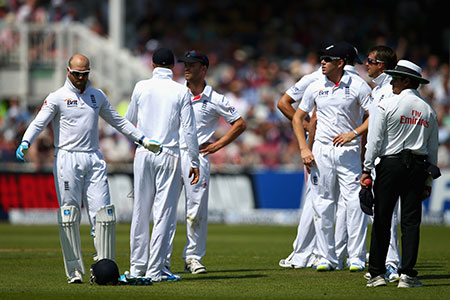 He broke every record for a number 11 and 10th wicket partnership with his support act, Phillip Hughes (81 not out), except for becoming the first last man to score a century after he holed out to Graeme Swann in the deep.

While the day was primed for batting, with the sun beaming down on a flat wicket, those who came before Agar didn’t see it that way. 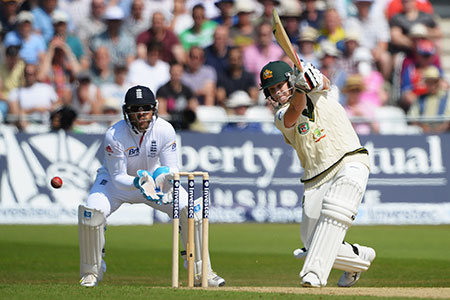 Steve Smith cruised to his 50 in a valuable partnership of 55 runs with his fellow uncanny axe-man Hughes, but fell soon after pushing at one James Anderson ball too many and knicking it to Prior for 53.

The way Smith was playing, Anderson knew how huge the wicket was. 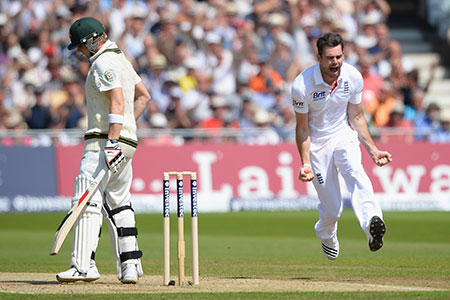 Hughes could only watch on as Brad Haddin (1) copped a ripping off-break second ball from Graeme Swann and was bowled, then went Peter Siddle (1), Mitchell Starc (0) and James Pattinson (2) for just three runs. 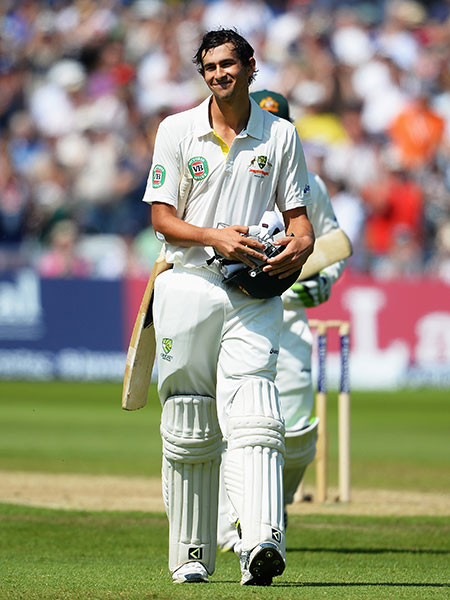 In before tea behind by 65 runs, England started shakily as the Aussie bowlers were far more disciplined than in the first innings.

Opener Joe Root survived a wasted review on one to a not out call – it was umpire’s call, meaning if the umpire thought it was out he would have been gone.

He didn’t last long though, soon falling to an innocuous legside delivery from Starc that found Haddin’s gloves. He was gone for 5 and Starc made sure he knew it. 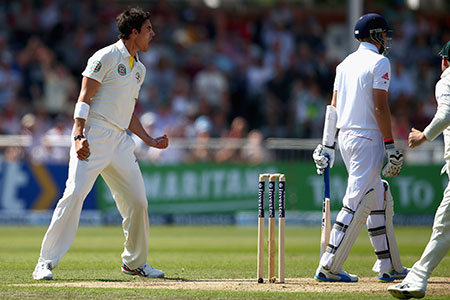 Johnathan Trott lasted the minimum, facing the wrath of the video umpire who disagree with his mate on the field and decided he was plumb. A big wicket for the Aussies after Trott looked the goods yesterday. England 2-11. 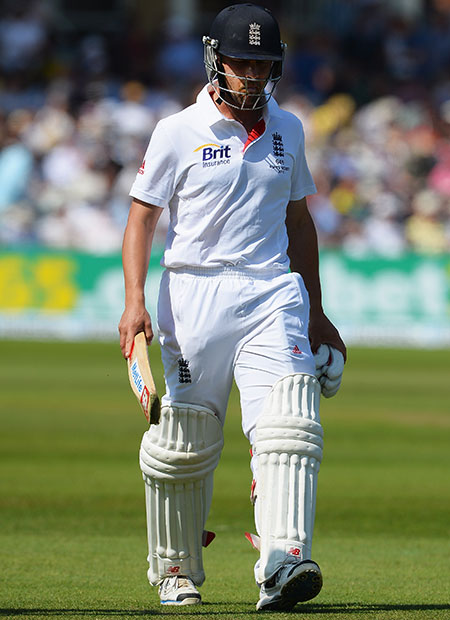 Starc bowled a wide on his hat-trick ball after tea, but the good work continued.

In stark contrast to Hughes and Agar, who found runs everywhere, Alastair Cook (37 not out) and Kevin Pietersen (35 not out) did their best to make this the least eventful session of the Test and get through to stumps.

They succeeded – Pietersen surviving an edge behind and Cook a leading edge off the bowling of who else, Agar – at a touch under two runs an over to put England 2-80 at stumps. 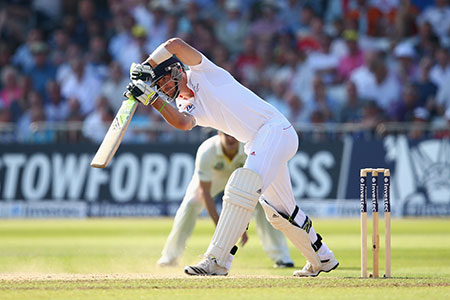 20 Ways F1 is Changing Our World