More than a quarter of Brits are guilty of speeding, driving while tired AND eating and drinking en route, according to a new online survey into the UK’s bad driving habits.

A study of British drivers’ bad habits has found that over 25% of UK drivers break speed limits and drive while drowsy – and over 30% eat and drink on the road.

5000 Brits were asked which dangerous driving habits they were guilty of, and a substantial 32% of all participants admitted they dine and drive – making this the most popular answer in the survey.

Last month, the BBC reported data from driving safety charity Brake – revealing that young drivers were the most likely to use their phones while driving – but it looks like drivers of all ages across the UK are guilty when it comes to driving dangerously.

From neglecting their seatbelts to personal grooming on-the-go, participants dished the dirt on their worst driving habits – and the results of the survey, conducted by The Car Loan Warehouse, show that many of Britain’s motorists will throw out the road safety rulebook to multitask on the motorway.

Cutting corners or risking lives?
With Brits admitting to eating and drinking, using their phone and even doing some personal grooming while driving, the results suggest many of the UK’s drivers would rather make their journeys as ‘efficient’ as possible than keep their eyes on the road.

Women are the worst offenders when it comes to the drive-and-dine, with a huge 35% of female respondents owning up to eating while they drive.

Surprisingly, men are actually the main perpetrators when it comes to personal grooming in transit, with 7% of men surveyed citing this as one of their dangerous driving habits. 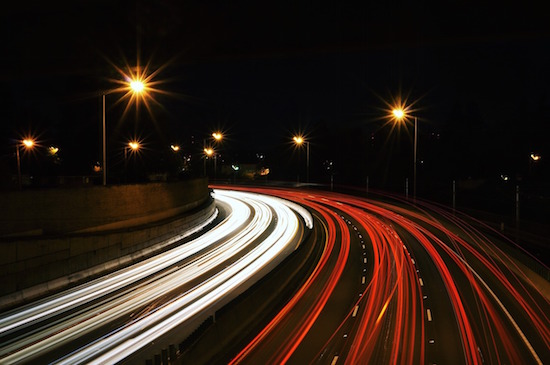 Abandoning the battle for road safety
Road fatalities are the hot topic dominating driving news – and in the face of this continuous coverage, Britain’s drivers are failing to make safety consciousness a priority.

According to the study, drivers over 55 are the most likely to break speed limits – with a massive 40% of participants between 55 and 64 revealing speeding as one of their driving misdeeds.

The life-saving seatbelt is less of a concern for drivers below the age of 44 – in particular, drivers between 18 and 24, 14% of whom admitted they often neglect to wear theirs.

A war on reckless driving
Some survey respondents confessed their own alternative driving confessions – with one popular answer being complacency on the road.

With so many Brits admitting to a variety of reckless road habits, it appears that complacency is the concentration killer endangering the lives of Britain’s drivers and pedestrians.

As road safety continues to move to the forefront of the British consciousness, the UK’s most shameful driving habits are set to lose their socially acceptable status – taking a backseat to the responsibility of travelling with the safety of driver, passenger and pedestrian in mind. 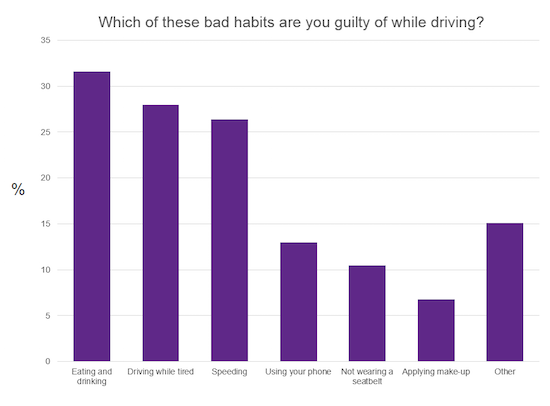