If you’ve just touched down in London (welcome!) we’ll bet one of the things you’re most looking forward to is hitting up all those juicy destinations that are now right on your brand-new doorstep.

All of Europe’s wildest festivals are just a short hop over the Channel, while within a few hours of London you can reach sizzling Egyptian desert, snowy Alpine slopes, and sparkling Adriatic seas.

And best of all, you won’t have to remortgage your house to afford to get to any of them.

So we’ve done all the legwork for you, with this handy list of unmissable trips. Now, how you fit them all in is your problem …

A two- or three-day bender at one of Europe’s maddest and baddest festivals is the ultimate opportunity to let your freak flags fly.

Here’s where to watch charging bulls, throw tomatoes at each other and get doused in buckets of wine. 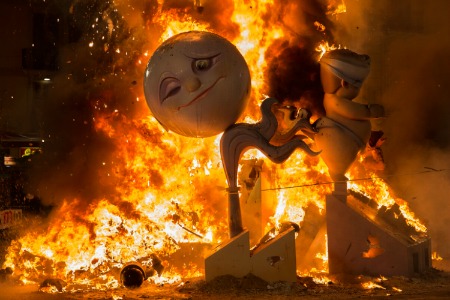 Head to sunny Valencia in Spain for a fiesta that’s every bit as hot as its name suggests.

Las Fallas, meaning ‘the fires’, is a pyromaniac’s dream come true, featuring fireworks displays, and ‘ninots’ – huge effigies that are displayed in the streets and then set on fire at midnight on the final day of the event.

In addition to these beautiful flaming pyres, live bands, street performances and parades are all part of the festivities, held in honour of St Joseph.

Go: Fly from London Stansted to Valencia from £30 return. 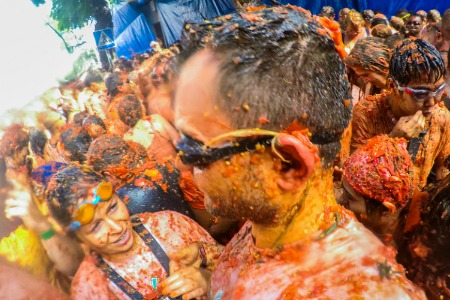 The humble tomato becomes a weapon of war in this epic mess-fest. La Tomatina in Bunõl, Spain is essentially one giant tomato fight, where tens of thousands of combatants fling around 150,000 mushed fruits at each other, skidding around in the swamps of juice that cover Bunõl’s streets, and ending up covered head to toe in red goo.

Must be a good reason? Nope – there are a few contested explanations, but there doesn’t seem to be any religious or historical significance.

More: La Tomatina is held on the last Wednesday of August, which this year falls on the 31st (latomatina.info).

Go: Fly from London Stansted to Valencia from £30 return.

Let’s face it, most festivals are a thinly veiled excuse to get rat-arsed, and no one knows that better than the villagers of Haro, Spain.

These guys don’t just like to drink Rioja, they love it so much that they host an annual wine battle, where they lob buckets of the stuff all over one another, glug it from huge aluminium wine bags and splash it all over the streets.

Join them this year for the Wine Battle and a night out in London will look positively tame for evermore.

Go: Fly from London Stansted to Santander from £29 return. 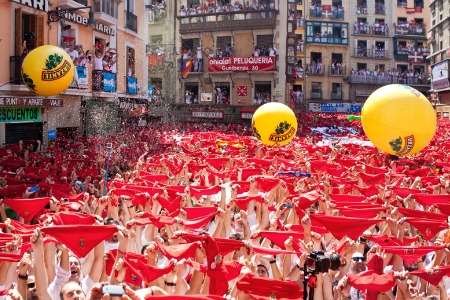 Known as the Running of the Bulls, this event is an incredible sight.

At 8am, rockets are launched, and ‘brave’ locals wearing the traditional garb of white clothes and red neckerchiefs speed off ahead of a group of bulls, who charge after them.

It’s an old-fashioned way of getting the bulls from the city centre to bullrings and a run usually lasts between three and four minutes.

If watching that doesn’t get your adrenaline going, nothing will.

More: The Running of The Bulls takes place every day between July 6-14 each year. (bullrunpamplona.com).

Go: Fly from London to Madrid from £36 return. 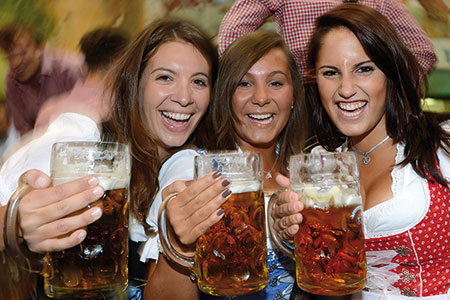 This mega beerfest is one of the most shamelessly indulgent festivals Europe has to offer – steins brimming with frothy amber nectar, all the hearty German grub you can stuff down, plus leather trews for the chaps and bosomy blouses for the ladies.

You can get stuck into Oktoberfest celebrations all over the world, but the best parties are in Munich.

Go: Fly from London to Munich from £186 return (at the time of writing, the more in advance you book the cheaper the flights.

Search for Oktoberfest on Tournado here. 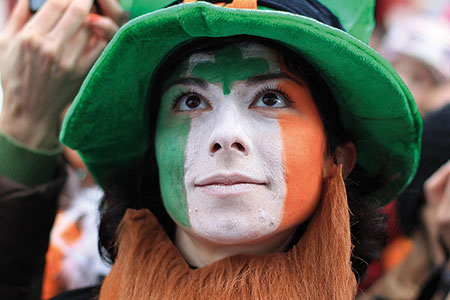 Part-time Paddies, join the grand old tradition of pretending to be Irish once a year and head to Dublin for a weekend of facepaint, leprechaun hats and all the Guinness you can get your hands on.

If you can bear to put your drink down, don’t miss the People’s Parade through the city, either.

Go: Fly from London to Dublin from £36 return. 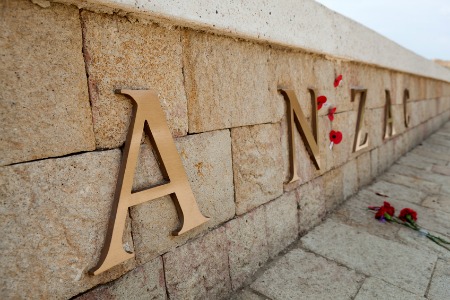 Be a part of the annual ANZAC Day memorial services at Gallipoli, commemorating the Australian and New Zealand Army Corps who fought at Gallipoli in the Ottoman Empire during World War I.

Most visitors choose to see the battlefields, camp out and attend the Dawn Service while they’re here, and there are loads of guided tours available that take in other Turkish hotspots, too.

Go: Fly from London to Istanbul from £137 return. 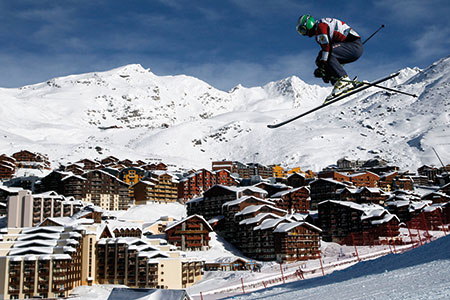 Then when you’re craving some action, book one of these adrenaline-pumped jaunts abroad.

There’s no end of affordable adventures to be had in this hemisphere.

Take a sleeper train to the European resorts and save yourself the cost of a night’s accommodation.

You can get to Les Arcs in France in under eight hours, where you’ll find a great range of slopes in the Paradiski area.

More: The resorts of Montgenevre, Soll and Sauze d’Oulx are also easy to reach by rail.

Go: Book your train from London St Pancras to Les Arcs with Eurostar. 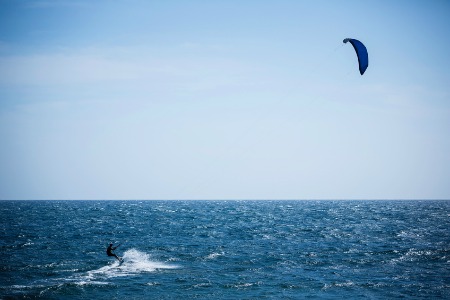 Whether you want to sail, surf, scuba dive, bodyboard or waterski, Gran Canaria’s climate is perfect for getting wet and wild.

The sporty isle’s warm temperatures and breezes make it a perfect destination for windsurfing in particular.

More: Find out what Gran Canaria can offer the adrenalin junkie (grancanaria.com).

Go: Fly from London to Gran Canaria from £37 return. 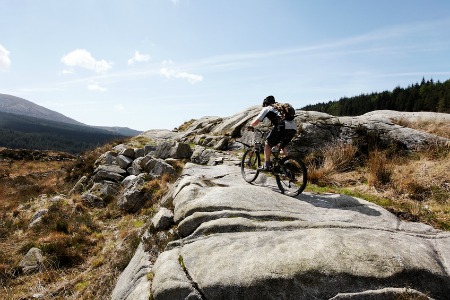 Scotland’s breathtaking scenery is just begging to be explored by bike, so hop on two wheels and cycle along the Caledonian Canal into the wilderness, passing pretty lochs, warm Scottish pubs, sparkling lochs and deep green valleys.

More: Feeling energetic? Check out some of the recommended cycle routes before deciding where to take your trusty steed. (visitscotland.com).

Go: Fly from London to Edinburgh from £36 return.

Search for Scotland on Tournado here. 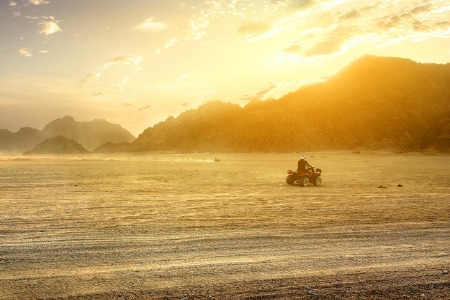 Check out the sweeping sands of the Egyptian desert on the back of a camel or rev up the engine of a quad bike for speedier thrills on a desert safari.

More: There’s plenty of places to visit in the desert. (en.egypt.travel/region/index/western-desert)

Search for Egypt on Tournado here. 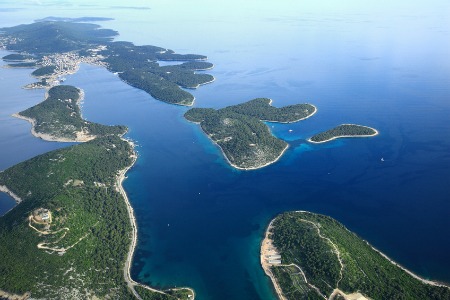 The best way to explore Croatia’s hidden islands, flawless beaches and beautiful waters is with an island-hopping cruise.

More: There’s over 1,000 islands off the coast of Croatia – where do you start? (croatia.hr/en-GB/trip-ideas/route-1000-islands)

Go: Fly from London to Croatia from £150 return.

Search for Croatia on Tournado here.

British Tourism Board advises Brits on how to deal with Australians