Chicken nugget that looks like George Washington sells for £5,000 on eBay

The nugget sat in a freezer in for three years after Rebekah Speights spotted the president’s likeness starring back at her after a trip to her local McDonalds in Dakota City, Nebraska. She took the nugget home and showed her husband, and the pair joked about putting it on eBay.

After three years of chicken-chuckles, the pair put the nugget up for sale where it attracted huge interest, sparking a bidding war between 70 interested parties, and ultimately selling for £5000.

The Washington nugget was advertised in front of an American flag, with an accompanying diagram showing just how the nugget bore its resemblance, for those who struggled to see the similarities on first inspection.

eBay initially called time on the auction claiming that it violated health regulations, despite Speights posting that the nugget was ‘not being sold for human consumption’. eBay later reversed their decision. 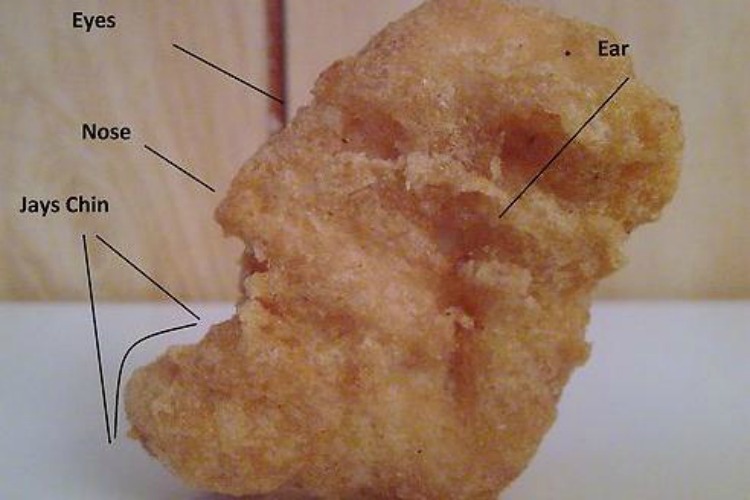 Meanwhile, the eBay bandwagoners have jumped onto this one with the deep fried smell of a quick profit – here’s a nugget that looks just like US TV presenter Jay Leno. Uncanny!

They shouldn’t be alive: TNT looks at the worst accidents survived