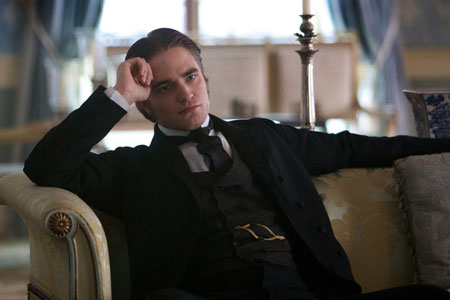 Robert Pattinson moves away from twinkly skinned emo-vamps in this period drama in which he plays a man who seduces a lot of women on his way from penniless obscurity to the top of the social scene in 1890s Paris. 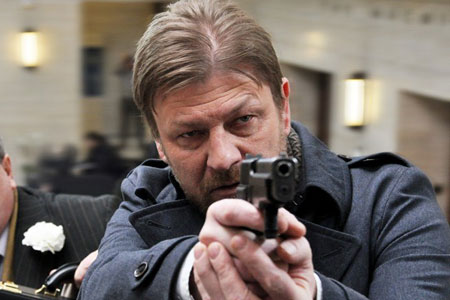 Sean Bean saves the girl (metaphorically) and kills the bad guys one gurning expression at a time in this terrorist thriller in which he plays the agent on the trail of a terrorist who is a national threat. The term ‘cleanskin’ refers to a terrorist who is totally unknown to their targets. Written and directed by Hadi Hajaig, the film was independently financed and focuses as much on the agent doing the hunting as it does on terrorist Ash, showing through flashback how and why he became radicalised.

The Decoy Bride (12A, CinemaNX) 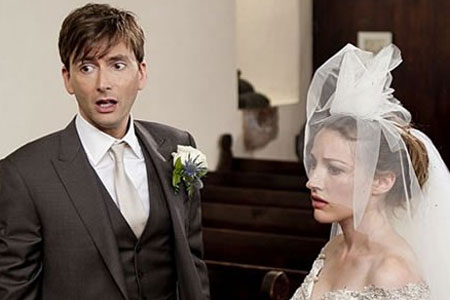 David Tennant stars in this drama comedy – which is out on DVD on Monday – as a man who is about the be wed to a famous film star, their wedding adopting a decoy bride in the shape of Kelly MacDonald to throw off the paparazzis. British comedy in the vein of, so expect quaint, picture postcard Scottish highlands and ginger folk in kilts. And Tennant performing in his own accent, too! 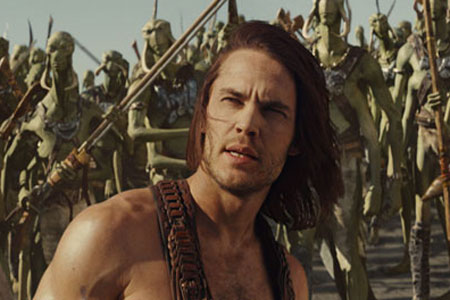 This space romp stars a cast of unknowns (Taylor Kitsch, who plays the titluar hero, and Lynn Collins, the Martian princess he falls in love with, pictures above at the film’s London premiere), is based on a century old sci-fi serial, and is the live action debut by Andre Stanton, the Pixar-Disney man behind Wall.E, Finding Nemo and more. It’s story – about an American civil war cavalry man who is zapped to mars, where it is called Barsoom, where he is caught up in a battle between two warring humanoid tribes and 9-foot tall green skinned aliens – is fantastical to say the least, and Disney are hoping it will be the first in an Avatar-styled 3D phenomenon. Sadly, the film itself, while moderately diverting, is too long, lacking spark, and most importantly fails to deliver the big bucks-action spectacle that movie-goers have come to expect, despite its $250million+ price tag. 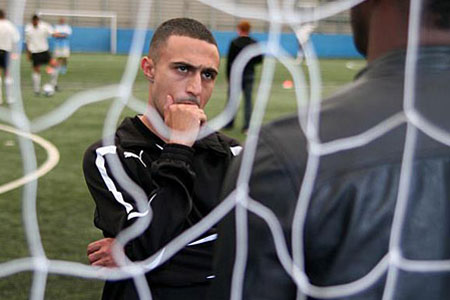 This gritty brit flick stars Kidulthood actor Adam Deacon and Anna Popplewell (the posh sister out of The Lioni, The Witch and The Wardrobe) in a tale of a young premiership footballer who’s criminal past threatent to spill over in to his new found wealth, success and fame. 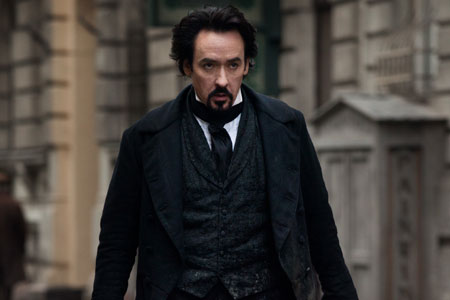 John Cusack stars in this disappointing period whodunit as the author Edgar Allan Poe who is brought in to help the police when murders start being committed in 19th century Baltimore according to how they have unfolded in his fiction.
You can check out our review of the film here. 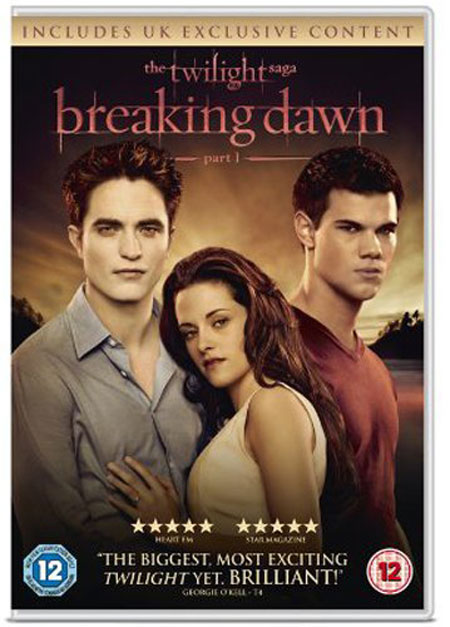 Bella and Edward finally get down and dirty in this fourth instalment in the ‘no sex before marriage’ fantasy saga, but it can’t enliven what is a dull, lumbering and continually toothless film. There’s one more to go and then this series is done, for now. For twi-hards only, Breaking Dawn part 1 is unlikely to sway and who were previously unsure of the franchise, then again, it is hardly made with them in mind in the first place. 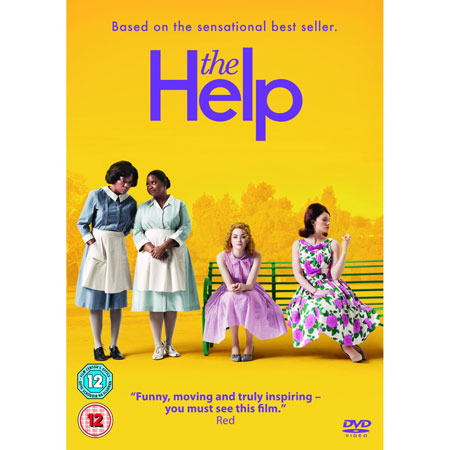 Viola Davis won the Best Supporting Actress Oscar this year for this race-drama set in the deep south in which one campaigning white girl and aspiring novelist decides to write a book about the African American maids’ point of view and their thoughts about their white families for whom they work. 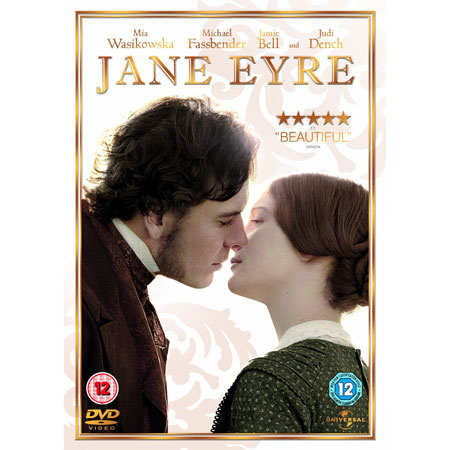 Mia Wasikowska stars in this adaptation of the Charlotte Bronte novel in which . Co-stars a list of top Brit talent including Jamie Bell (The Eagle), Holliday Grainger (Great Expectation) and Craig Roberts (Submarine).

My Week with Marilyn (15, Entertainment In Video, out March 16) 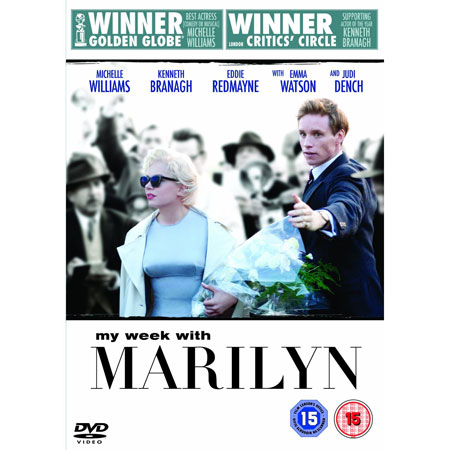 Nominated at this year’s Academy Awards, Michelle Williams went home empty handed for her portrayal of Marilyn Monroe but her performance is no less superb in this adaptation of Colin Clark’s book about the week he spent in the company of Laurence Olivier and Marilyn Monroe when she was in the UK shooting a movie. 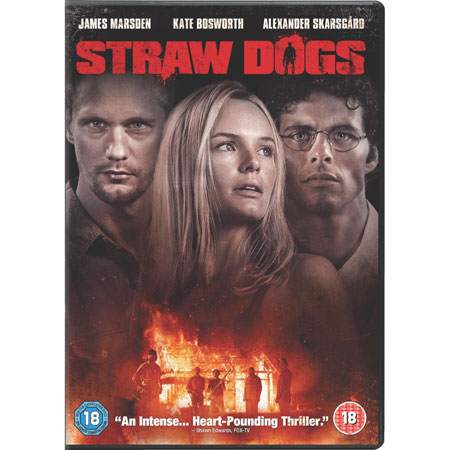 Kate Bosworth and James Marsden star in this remake of Sam Peckinpah’s contentious 1971 survival thriller –  which outraged many for its reprehensible views of rape – as a young couple who are besieged in their home by a band of locals whose intentions are less than friendly. The location’s uprooted from the Cornish wilds to the US deep south, but the impact is diminished in this horror remake. 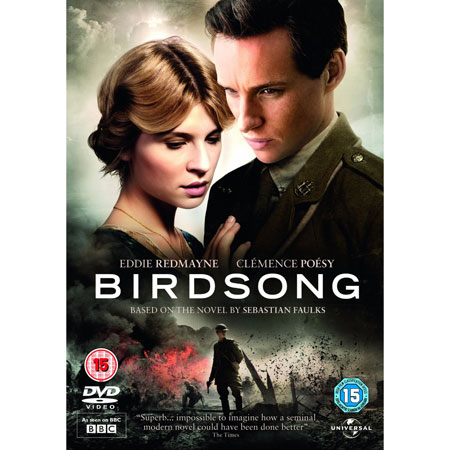 This BBC adaptation of the Sebastian Faulks’ 1993 First World War-set novel ticks all the right boxes – a star studded cast including Eddie Redmayne and Clemence Posey, big production values and, you know, worthy source material. It’s what the Beeb excels in. 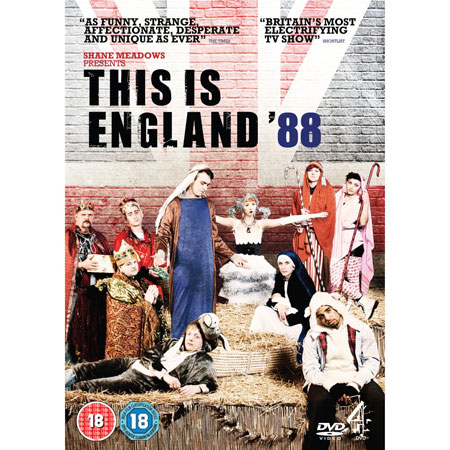 Shane Meadows’s music and youth drama continue through the decade of post punk, disco and reggae and mods. The humour is top notch, the drama heart-wrenching, and the performances never short of utterly engaging. The tunes are also pretty awesome too.

Australians living abroad will have to pay back their student loan

Aboriginal Australians mixed with Asian emigrants 4000 years ago, who brought Dingos with them