Cryptozoology: What else is out there?

First, there was the sighting of a black fox in Hertfordshire – the creature is so rare that it had come to be regarded as mythical. It is also believed to be an omen of bad luck, a superstition borne out when, days later, the black fox was hit by a car and killed. And then, photos emerged from Somerset purporting to show a strange prehistoric emu-like creature alongside a country road. However, it turned out to be an oddly shaped branch.

These, though, are just a drop in the ocean against the fevered sightings of bizarre beasts, each one considered fresh “proof” of the so-called cryptids’ existence. There’s a long list, the Loch Ness Monster and the Yeti among the staples, but what else is out there, just waiting to be photographed?

The first reported sightings occurred in 1995, when eight sheep on a farm in Puetro Rico were found dead and drained entirely of their blood. The legend of the chupacabra – literally meaning “goat sucker” in Spanish – and scores of incidents in the years since have cemented the creature’s folk-demon status throughout Central America. Descriptions of the chupacabra vary – sometimes, it has a reptillian appearance, with spines and scales; other accounts describe a dog-like animal, mostly hairless with bulging eyes. Naturally, the sceptics offer a more underwhelming explanation, blaming coyotes for the attacks on livestock and a bad dose of scabies for their unfortunate appearance. 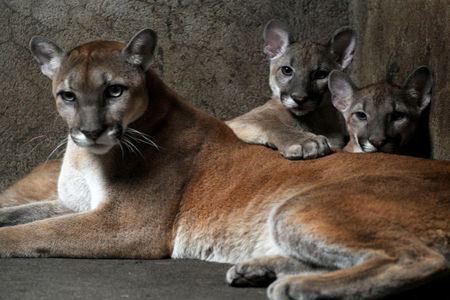 England’s answer to the chupacabra is an elusive creature, a “phantom cat” that roams the moors of Devon and Somerset, at one point killing more than 100 of one farmer’s sheep in a three-month period. Sightings dating back to the 1970s describe a big cat, variously black or light brown, raising the prospect of it being a puma, a cougar or a black leopard released into the wild. But given these animal usually live only 10-12 years, it’s suggested there may be more than one. The Ministry of Agriculture took the stories seriously enough to send Marine snipers into the area in 1983 and many of the soliders claimed to have seen the beast.

When South America was first discovered more than 500 years ago, Spanish and Portuguese colonists began telling wide-eyed stories of giant snakes slithering through the jungle. Anacondas have been known to grow as long as 6m but the megaconda of legend blows that out of the water, stretching at least 45m. The problem with these claims is that a snake so large would struggle to find prey big enough to sustain it. British adventurer Colonel Percy Fawcett claimed to have shot a giant anaconda. But he also disappeared while searching for the Lost City of Z, in the hope of founding a jungle commune to worship an Amazonian she-god, so maybe he’s not entirely reliable.

In 1966, two young couples claimed to have encountered a strange man-bird, all white with red eyes and 10-foot wings, outside the small town of Point Pleasant, West Virginia. It would be easily dismissed if not for the surprisingly widespread reports of sightings and striking consistency in the descriptions of Mothman. The folklore surrounding Mothman also casts him as a catalyst for various paranormal events in the area – when a bridge collapsed, killing 46 people, Mothman was blamed and, according to a 1975 book called The Mothman Prophecies – later made into a film starring Richard Gere – Point Pleasant residents experienced premonitions. Mothman again. 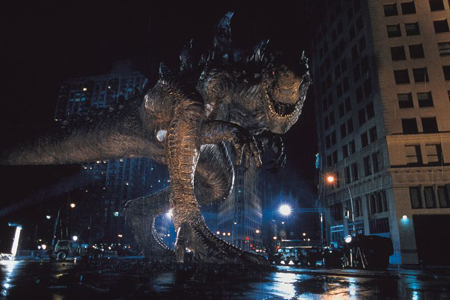 Pterodactyls are believed to have been extinct for 65 million years but there is a considerable body of scholarship devoted to the theory that they are still flying around the jungles of Papua New Guinea – a notably rich locale for undiscovered species. The catch is that these pterodactyls, known as ropen, are nocturnal and glow in the dark, so the closest anyone has come to spotting them is pointing out unexplained lights in the night sky. The natives believe ropen are real and the creature has become a holy grail for creationists desperate to find “living dinosaurs” to prove that Earth is far younger than the theory of evolution allows. Good luck with that.

According to inhabitants of the Gobi Desert, the olgoi-khorkhoi, or the Mongolian Death Worm, lives underground for most of the year, but when it emerges spews venom and acid and can even administer an electrical charge to kill from long range. Described as about 50cm long, as thick as a man’s arm and dark red, the worm’s existence was even vouched for by the Mongolian prime minister back in 1922, who insisted “it is so poisonous that merely to touch it means instant death”. Is this the Mongolian version of drop-bears?

The Monkey Man of Delhi

Since the first sightings about 10 years ago, an urban legend has sprung up around the Monkey Man of Delhi, residents claiming to have been attacked by a four-foot furry creature. In some instances, that description was embellished, suggesting the Monkey Man had metal claws and ran around at night wearing a motorcycle helmet. People have died leaping from tall buildings to escape the Monley Man and some residents from Delhi have been set upon by angry mobs after they were mistaken for the Monkey Man, leading police to release an artist’s sketch in an attempt to catch it.