Following the death of a man wearing a Help for Heroes t-shirt thought to be a member of the military in the vicinity of Woolwich barracks, south east London, more details have emerged about the shocking incident.

“I saw a man on the road, obviously injured and a car badly crashed I assumed it was a road accident, although the car was funny on the pavement, it was not coming on the road,” the former teacher told ITV’s Daybreak this morning.

“Being a cub leader I have my first aid so when I saw this guy on the floor I thought it was an accident then I saw the guy was dead and I could not feel any pulse,” she told The Daily Telegraph yesterday.

“I thought I had better start talking to him before he starts attacking somebody else. I thought these people usually have a message so I said ‘what do you want?’” 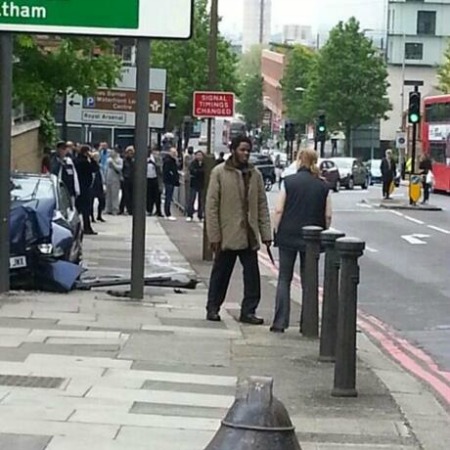 “I wasn’t scared. Rather me than a child,” she recounted to ITV’s Daybreak this morning. 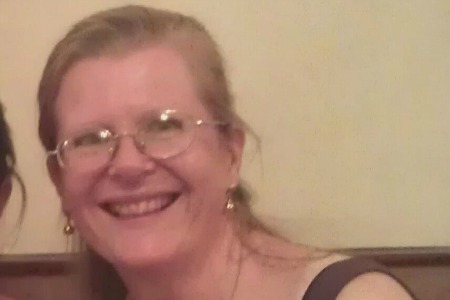 “We want to start a war in London tonight,” one of the unidentified men involved in the incident told Loyau-Kennett.
“Right now it is only you versus many people, you are going to lose,” she told the alleged killer.

Loyau-Kennett’s son shared a photo he spotted taken of his mother taken at the scene on Twitter.

My mum is a motherfucking badass twitter.com/SiibillamLaw/s…

I kind of regret my somewhat crass tweet. I had no idea it would be so much retweeted

Video: The alleged killer with bloodied hands speaks to camera following the attack.