One of the beauties of England is that it’s so teeny tiny. Simply jump on a train for a maximum of two hours and you can spend the day in one of these top spots. 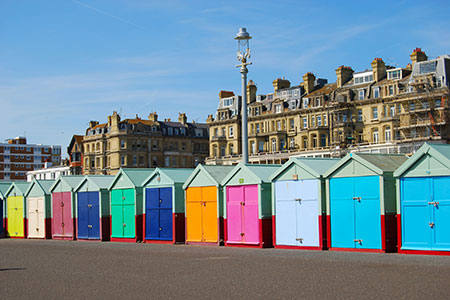 Get there: The 8.57am train from London Bridge gets into Brighton at 9.55am. Advance Saturday return fare, £10.

Morning: Take a stroll up the Victorian-era pier, pausing to shoot some zombies or win loads of 2p coins in the arcade. Next up, scream in the haunted house or on a ride that turns you upside down 40ft above sea level, literally.

Afternoon: Get a take-out of vinegar-soaked fish and chips, make a ‘bum nest’ in the pebbles on the beach and enjoy – just beware of the food-stealing gulls. Take an obligatory ride on the Ferris Wheel and then enjoy a tour of the stunning, if confused (Indian on the outside, Oriental on the inside) Royal Pavilion.

Evening: Dodge the hen parties roaming the streets clutching inflatable penises and head for the cool and quirky Black Dove for a chilled-out drink before you head home. 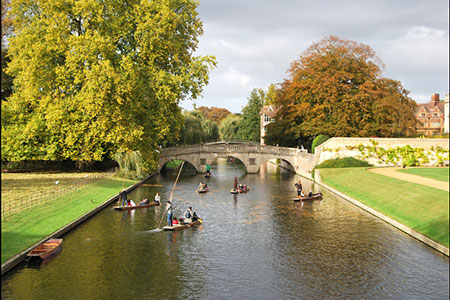 Have a punt: King’s College, Cambridge

Morning: Meander around the pretty town and see how the rich folk live. Admire the university campus buildings – and its students. These teens look like they’ve stepped straight out of an Abercrombie & Fitch ad (surely they can’t be that hot and English).

Afternoon: Hire a punt (try scudamores.com) and take turns standing on the end to push it along the riverbed with a long pole. If you would like to learn a bit about what you’re seeing – or you reckon your mates will push you in if you punt – you can do a guided tour, but wait until the last trip at 5.30pm, when they halve the cost to £10pp.

Evening: Sip sundowners at the rooftop bar at The Varsity before eating steak at The River Bar. It’s expensive but so worth it. 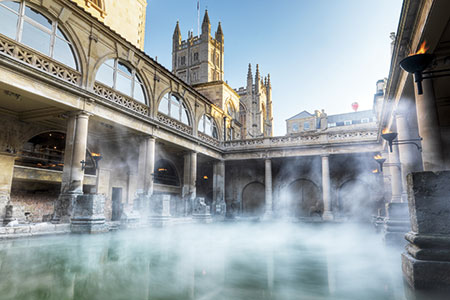 Get there: Get the 8.30am train from Paddington, arriving in Bath Spa at 10am. Advance Saturday fare, £28 for two singles.

Morning: See Bath from a unique angle and stop off wherever you fancy by hiring a narrowboat. Try Bath Narrowboats, which offers half-day hire on a boat that holds up to six for £85.

Afternoon: After returning your narrowboat, be sure to check out Britain’s only hot spring (Bath ain’t called Bath for nothing). The temple that the Romans built around it still remains; take a tour before grabbing afternoon tea in the 18th-century Pump Room.

Evening: The water at the Roman Baths is considered unsafe for bathing, but Thermae Bath Spa has siphoned off the hot waters for its pools, including an amazing one on the rooftop. Go for a twilight session to watch the sun sink over Bath’s rooftops while you bathe. 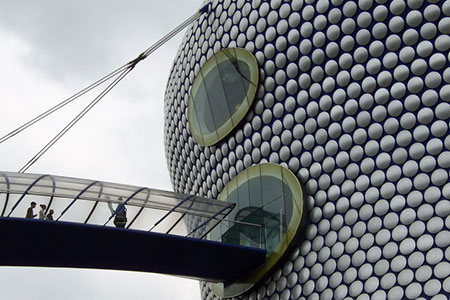 Get there: Get the 8am train from Marylebone, arriving in Birmingham Snow Hill at 10.09am. Advance Saturday fare, £12 two singles.

Morning: With more miles of canals than Venice, take a stroll along the water’s edge, stopping for a spot of early lunch at bustling Brindley Place.

Afternoon: It’s not often we’d send you to a shopping centre but The Mailbox, formally a Royal Mail sorting office, is a great spot, plus it houses the BBC Public Space, where you can watch live broadcasts and even have a go yourself (not live, though).

Evening: Catch a flick at the retro Electric, the oldest working cinema in the UK – it even has an interval organ.

Get back: Last train is at 9.34pm from Birmingham New Street, arriving in Euston at 12.40am.

Tough rules for the unemployed

Spend a day at Thorpe Park for just 12p!