Football’s summer transfer season is upon us; Hulk, Eden Hazard (both Chelsea) and Shinji Kagawa (Manchester United) the latest players to sign to play in England next season. Speculation now abounds as to which other players will be making a move either to or within the 2012/13 installment of the Premier League. European club champions Chelsea and national title holders Manchester City are in the box seats to buy the cream of the crop, both sides highly attractive destinations, thanks to the cash of Roman Abramovich and Sheik Mansour, respectively, and the allure of gleaming trophies in their cabinets.

Of the others at the top, Manchester United appear devoid of fresh ideas, seeking to improve an uncreative midfield, and Arsenal, currently the fourth richest club in the world, are suffering from their insistence on buying young players cheap, only to sell them on for a profit when they have learnt their trade. Meanwhile, Tottenham’s failure to qualify for the Champions League is likely to trigger a mini-exodus. It’s an exciting time. Here are the players you should be keeping an eye on over the next few weeks.

While Arsenal excelled up front last season, largely due to their Dutch captain, their defence was atrocious. Rennes defensive midfielder M’Vila would be a welcome addition at the Emirates. Despite being only 21, he has an imposing physical presence and is a top passer, often instrumental in building attacks from the back. M’Vila also has a maturity that belies his years, having represented every French age group team he has been eligible for.
Likely price: £15m
Likely club: Arsenal 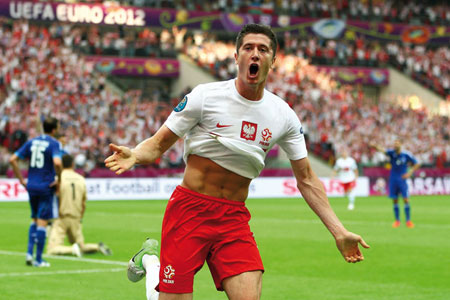 The Dutch superstar (main image) was widely reported to be signing for Manchester United at the start of last season, but chose to stay on at Inter Milan. However, Inter’s failure to qualify for the Champions League will lead Sneijder to look elsewhere. Strong and quick, he has the ability to kick with both feet and his placement is first rate. United are likely to have another dip, but could be usurped by neighbours City, who would use the 27-year-old as an attacking midfielder, part of a fearsome quartet featuring Toure, Nasri and Silva.
Likely price: £20m.
Likely clubs: Man United, Man City, Chelsea

The new ‘Welsh wizard’ will want to play Champions League football and if Manchester City splash the cash to get him, there’s no way Tottenham will be able to hold on, especially now that Harry Redknapp has been shown the door. Barcelona are also circling, but are unlikely to pay the amount Tottenham want to sell him for. Real Madrid have also shown interest, although City is a more realistic destination, considering the culture shock the 22-year-old winger would be met with in Spain.
Price: £45-50m
Likely clubs: Man City, Barcelona, Real Madrid, PSG

Arsenal’s captain is now 28 and his next move is likely to be his most crucial, the chance to earn unbelievable amounts of cash while cementing his status among the game’s best strikers. A move to Manchester City has been hinted at and Real Madrid is  an option, while Juventus are also sniffing around. The saving grace for Arsenal is that Van Persie’s wife, Bouchra, is said to love her London lifestyle. Still, for £250,000 a week, she could certainly enjoy a fine time in Manchester. RVP will make his decision after the Euros.
Likely price tag: £30m
Likely clubs: Juventus, Man City, Real Madrid 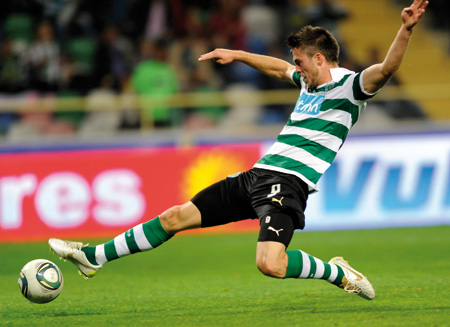 Borussia Dortmund’s Polish superstar had a stunning past season, scoring 30 goals in 43 appearances. United may well be planning a second raid on the German club, and as Lewandowksi combined so well with the Manchester side’s new signing Kagawa in 2011/12, Sir Alex Ferguson is the frontrunner to get his signature. However, if the Pole, 23, enjoys an exceptional Euros campaign, his price is likely to rise sharply, a fact Dortmund will no doubt exploit. How much are United willing to fork out?
Likely price tag: £15m+
Likely clubs: Man United

Ricky van Wolfswinkel
The Sporting Lisbon striker, who has scored more than 100 goals during the past four seasons, is an outside chance to appear in England, but still a player worth keeping an eye on. His contract talks with Sporting keep stalling and he will decide his future after the Euros. The two Manchester clubs are the most keen on the versatile 23-year-old, with Liverpool an outside chance to snare the Dutchman, should he choose not to remain in Portugal.
Likely price: £15m
Likely clubs: Chelsea, Liverpool, Man United, Newcastle United, Tottenham Hotspur

The French U21 rep enjoyed a fine past three seasons with Spain’s Real Sociedad, but missed European Championship selection for France and will want to ply his trade with
a big club in order to show he should be elected for the 2014 World Cup in Brazil. Arsenal were said to be considering the winger in January and others will now be circling. His speed, dynamic dribbling and youth make him a wise signing.
Likely price: £12m
Likely clubs: Liverpool, Man United

OZ OPEN: Stosur cruises through round two but Rafter’s return with Hewitt was a big fault