My inner goddess is sulking. I’m at women’s sex store Sh!, which is holding a step-by-step DIY Fifty Shades Of Grey workshop. As the UK’s best-selling book of all time, it’s hard to ignore EL James’s trilogy.

After weeks of holding out, I give in and read the first one – pissing off my inner goddess completely – devouring the clumsily written pages in just a few days.

According to Joanna, our corset-clad bossy dominant for the evening, it’s had a profound effect on the sex industry, with 10 times the number of requests from men looking to buy their partner a sex toy – sales of gags are up 300 per cent and cuffs up 200 per cent. Holy crap!

In response, Sh! in Hoxton, east London, is running Fifty Shades Of Kinky Sensuality (next one is on Aug 29), where you can find out about the toys featured in the book and mind-play involved in the games.

The room is filled with women, and a token guy, who sits quietly in the corner, shifting nervously in his seat. Reenacting scenes from Fifty Shades with Leala-Rain, her subordinate – or ‘bottom’ as its weirdly known – Joanna shows us the paraphernalia Christian Grey uses on Anastasia Steele. 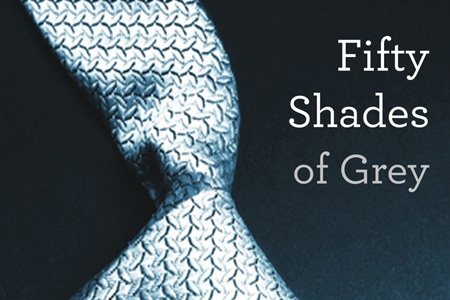 First things first, don’t just whip out a ball-gag (holy cow!) on your unsuspecting other half – discuss everything, and get consent, for what you’re planning to do in advance.

And make sure you’re coherent before the fun begins. Joanna says: “Don’t drink and spank! Being drunk or high can dull
the sensations of pleasure.”

Next, get into character – high-heels and lots of makeup, apparently, for the women, or use a different name. Doms, demand your sub doesn’t make eye contact, and whatever you do, don’t bite your bottom lip. 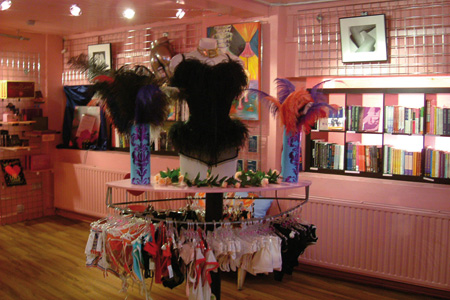 Love balls, £15+
Despite her coy persona, Ana falls in love with these in the book. “They’re fun and good exercise,” Joanna says. “Pop two balls in your lady garden, rubbing against your
G-spot as you wander around.” Oh my!

Blindfold, £12+
Covering your sub’s eyes will make sure their other senses are on full alert. And will mean the dom has full control during the scene.

Nipple clamps, £15
These prompt one audience member to ask whether they could permanently change the shape of a woman’s nipples. “Pulling up instead of down hurts more,” Joanna adds. 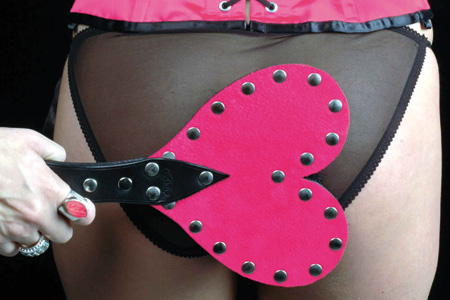 Spanking, £40
“It’s a great way to release endorphins. And it’s not uncommon for your bottom [sub] to burst into laughter or tears as it’s a pure release of tension,” Joanna says. She passes around a fur-lined, heart-shaped paddle, while explaining what the ‘safe’ areas are – tops of arms, thighs and bum.

Crops, £15+
Don’t hold with your finger out, or it’ll hurt. Give flicky hits, light taps or sensual strokes. Can also be used down there! –
if your inner goddess
can handle it.

NRL finals: Week one wrap as Rabbitohs and Panthers win a rest