Horseride to fitness: Dressage is a great way to keep in shape

But, despite this rise in profile, dancing about on horseback is still a mystifying pursuit for many. Naturally, TNT decided to give it a go…

For me, riding to fitness means speed-pedalling in a spinning session to deafening house music, rather than atop a horse doing ballet to Land Of Hope And Glory. But then again, I didn’t go to school with Zara Phillips.

However, Trent Park Equestrian Centre offers everyone, whether or not you have a pony, the chance to horse around, including learning a few dressage moves.

Instructor Martine Dawlings explains the discipline to me in layman’s terms – a rider guides their horse around a square space to music and gets their animal to perform a artistic ballroom dancing and ballet moves.

It looks absurd, but there are mega fitness benefits.

To get a taste, I’ll first have to learn to ride a horse. “What’s your riding experience?” Dawlings asks. “I’ve been on a donkey on the beach,” I reply. 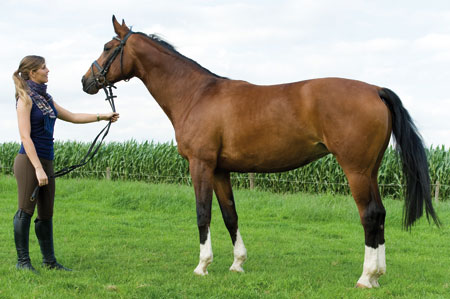 I have a long way to go.Fittingly, Dawlings introduces me to Boycie, named after the car dealer from Only Fools And Horses. “Boycie’s the Skoda of the horse world,” she says. I can see why they wouldn’t let me loose on their Ferrari.

I jump on his back and clench on to the reins. Dawlings warns I’m about to see how hard a simple ride can be and how good it is for fitness – a one-hour session can burn a similar amount of calories to a half an hour running.

“The body is moving all the time, to keep in balance with the horse, and aids [commands] are constantly given through different parts of your body,” she says.

Another instructor, Becky Parr, leads my horse in case it bolts, because I have no idea what I’m doing. “If my clients want a beach body, I tell them to come horse riding more,” Parr says. “It’s great for toning your stomach and inner thighs.”

I learn dressage aids, such as leg-yields and half passes (making the horse go sideways and forwards at the same time). Who knew bobbing up and down demanded so much balance and strength?

“Shoulders back, hips forward!” shouts Dawlings. After 30 minutes, I’m sweating. I realise my laughing at the Olympics dressage event was harsh – this is tough.

Dawlings tells me people can work up to what resembles dressage in just a few lessons. Will I be one of them?

Two days on, I’m waddling like John Wayne – my inner thighs and bum have taken a royal beating. So, perhaps not. 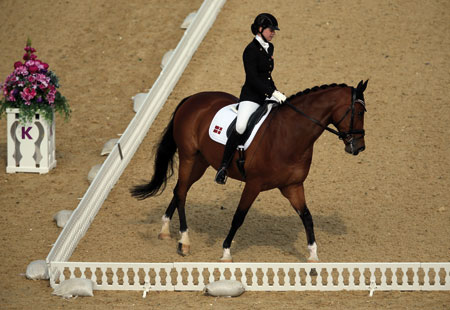 More places to Saddle Up

What: Part of Mudchute Park & Farm, east London, the equestrian centre is open year-round and offers adult riding lessons for a range of abilities. Here you can build up to the jumps in the paddock.

What: Relax at the weekend with a spot of hacking (that’s wandering about on horseback to those who don’t speak pony) around Wimbledon Common.

What: Trot past the Serpentine lake and explore Hyde Park from the best view possible – on the back of a horse. The stables offer lessons all year, giving people the chance to make the most of the park’s five miles of bridleways – a stunning day out.

First Australian gay couple to be married in New Zealand

Snow in London by Thursday as Britain freezes