Kerching in Beijing: Living and working in booming China

From rags to riches, The People’s Republic of China has rocketed its way to becoming the second-largest world economy, with many experts saying it is set to overtake the US by 2020. If you fancy a slice of this juicy dumpling,  try living in its cultural and political heart, Beijing.

”Beijing is probably the most fascinating place to be in China at the minute,” says James Wilkinson, editor of an English-language entertainment magazine. “It has an incomparable blend of city and countryside, old and new, Western and Chinese culture. And it’s growing and developing all the time. Its hutongs – the tiny, labyrinthine alleys that once made up the entirety of the common people’s city – are full of independent boutiques, bars and restaurants.”

It also makes a great base for travel – and the weather and muggy pollution can give you the real need to get away. “As a Saffa, I find winter a little tough to handle,” admits Gina Mitchelmore, a Montessori kindergarten teacher at an international school. “But thankfully sunny places like Thailand and the Philippines are easily accessible for a vitamin D boost.” 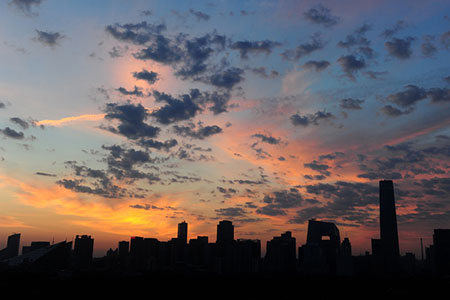 Rather than attempt to break into a ready-made role, budding entrepreneurs could find Beijing a good place to start up their own business.

“Foreigners are allowed to open their own businesses in China and many do,” says Expat Arrivals’ Beijing expert, Brian Salter. “Most choose to take on a Chinese partner to deal with much of the paperwork, though agencies for setting up businesses are easy to find.” Wilkinson agrees, adding: “A couple of years ago one guy opened up a small microbrewery and bar in an obscure hutong. Now, there are almost a dozen such venues in the city and more opening up all the time.”

If you fancy yourself as a bit of a laugh machine, Wilkinson adds the stand-up comedy scene has exploded recently. Who knows, if the Brits aren’t finding you funny, the Chinese might …

Another booming industry is the media. “Certainly most of the major Western papers and channels have correspondents out here, and there are any number of freelancers floating around, making money off the West’s insatiable appetite for stories about China,” Wilkinson explains.

Teaching English, as in most countries in Asia, is also a popular option. However, Mitchelmore advises: “There are employment fares for prospective teachers to attend and learn a bit more about the schools, so you should investigate the school thoroughly before moving.”

Both expats advise that knowing some basic Mandarin is helpful, but isn’t essential for work. “We usually have Mandarin-speaking interns to help out those members of the editorial staff whose grasp of the language is shaky,” Wilkinson says. 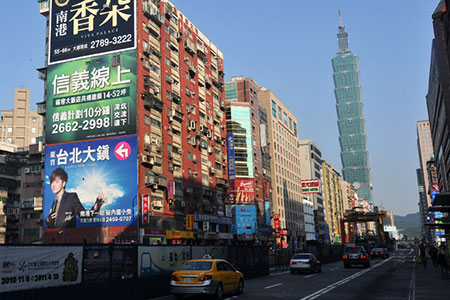 Obviously if you start your own business, the money depends on your success. Expat journalists can expect to earn around £1400 per month, while teachers are at the lower end of just over £1000 per month – although it can increase to around £3000, depending on your experience.

Unfortunately, these low wages do not easily correspond with the cost of living, which is rising all the time. “House prices are constantly on the up,” Wilkinson warns. “Though if you’re sensible about where you live and don’t mind flatsharing, it’s possible to survive on a low salary. Being willing to travel on the underground helps too, although it’s not up to the standards of London or New York.”

Mitchelmore points out that it’s all about the way you spend: “You can live as economically as a gap-year student backpacker or as extravagantly as a champagne and caviar rock star, it’s your choice!”

If you’re interested in setting up your own business in Beijing, take note of these tips:• It’s wise to set up a business that deals with importing Western goods or offers a Western service.

• Partner up with someone you trust who has lived in Beijing for some time, knows the language, and the ins and outs of business.

• To get an idea of set-up costs and timing see doingbusiness.org/data/exploreeconomies/china/starting-a-business.

• Develop a detailed and realistic five-year plan for government approval and cross your fingers!

• Find out about interning opportunities in China with CRCC here

The man we all have a huge amount of respect for

Crucial Reasons To Buy A Fireplace For Your Home

Thinking about going self-employed? Here’s a guide to going solo…