The published report, which was delivered to coalition leaders David Cameron and Nick Clegg yesterday in advance of today’s public release in order to give them time to respond today, has investigated “the culture, practices and ethics of the press”.

The intense probing investigation involving many hours of public interviews with senior politicians, heads of media organisations, leading figures from the British police, celebrities like Hugh Grant and Charlotte Church, and members of the public who had previously been subject to intrusive scrutiny from the journalists as well as extensive phone hacking and other illegal activities.

The country’s most popular newspaper The Sun, owned by Rupert Murdoch’s News International which has been subject to extensive probing from Leveson since the closure of the News of the World, today called for “changes..not chains” and called the verdict “D-Day for freedom of the Press”.

London’s Conservative Mayor, Boris Johnson has written in today’s edition of The Sun saying “It is one of the glories of this country that we have a free, exuberant and sometimes feral media. They keep public life far cleaner than many other places in the world — and that makes this country a wonderful place to live and invest in.”

Liberal Democrat leader Nick Clegg is reported to have requested the opportunity to make a separate statement today from Conservative leader David Cameron, a move which The Guardian has called “unprecedented”, suggesting there is a divide in opinion over the coalition’s verdict. 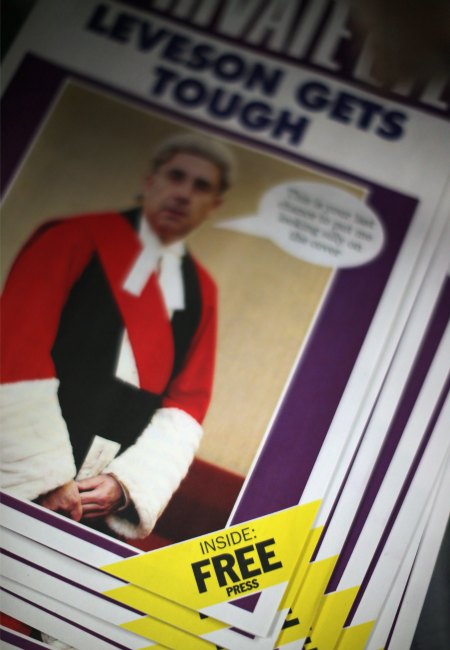 Clegg yesterday told the BBC “In this whole process everybody wants two things. Firstly a strong, independent, raucous press, who can hold people in positions of power to account and, secondly, to protect ordinary people, the vulnerable, the innocents when the press overstep the mark. That’s the balance we’re trying to strike, and I’m sure we will “

Meanwhile, The Mirror reports that over a quarter of a million pounds has been spent on legal advice for David Cameron and his ministers in the run up to the Leveson verdict.

“It seems an awful lot of money to spend on teaching Government ministers how not to answer questions but I’m sure David Cameron thinks it is good value. The Prime Minister has still not come clean.” said Labour’s Chris Bryant.

Kiwi PM: ‘We can’t change laws on racism, because it’s subjective, like pornography’

Oh Such A Perfect Sydney Day