Living and working in Hong Kong

It’s a place where East meets West, with a skyline that dazzles and a harbour that delights. The food is exotic, the city is alive and, if you’re lucky enough to land a job here, you get to savour everything Hong Kong has to offer for longer. From gravity-defying skyscrapers to bargain shopping, it’s a world-class city. And amid the sprawl of Westernisation – a vestige of its colonial past – the Chinese culture remains incredibly rich. It’s this which is its greatest appeal.

Most jobs for English-speaking expats are in banking and finance at multi-national organisations, and a visa can only be obtained with an offer of work.

Samantha Stafford, of London-based Paddington Partners recruitment, says vacancies are also common in the recruitment sector. “The demand is huge for recruiters, especially those with experience,” she explains.

“Expats are viewed as offering added value to companies and most want a diverse and international culture, so encouraging expats, as well as locals, to join helps to achieve this.”

Wages are taxed at only 15 per cent in Hong Kong and are among the highest in Asia – one of the main draws to those who want to save some pennies while working.

To see what jobs are available, try the sites jobsdb.com.hk and monster.co.hk.

The most important thing you can do to find a job in Hong Kong is to get there and network, according to Callan Anderson, general manager of Hong Kong-based Gemini Recruitment. He says: “Go to the Chamber of Commerce and have a drink with business people. Take your business cards and make sure people remember you. Finding work here is a slow, painstaking process, but you’ll get success if you’re serious.” 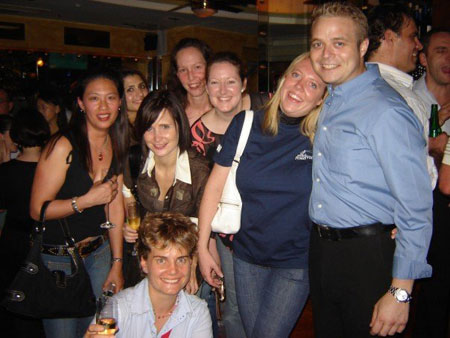 And he advises anyone wanting to make the move, or work there on their way home from the UK, to keep an open mind. “It’s not an easy place to come to and start your life,” he says.

“For example, Chinese food is not the same as we’re used to – you get chicken feet and duck’s tongue – so this can be a culture shock. You either immerse yourself and you love it or you get stuck.”

Geri Weeks, 28, from London, who worked as a nursery teacher between 2004-06, loved it. “I just wanted to work abroad so looked on a nursery job site for jobs abroad and Hong Kong was the first one that came up,” she says.

“I got a job on interview. Many organisations sign you into a two-year contract before you arrive. I wouldn’t recommend it because if you don’t like what you see on arrival, you can be financially crippled if you break a contract.

“Go over to Hong Kong and meet other people who work in the same industry and it’s easy to find work and try lots of new experiences.

“Although everyone seems to be either a banker, pilot or teacher!”

Work hard, play hard is a motto in Hong Kong and its famous bar strip, Lan Kwai Fong, caters to those who need to let their hair down. 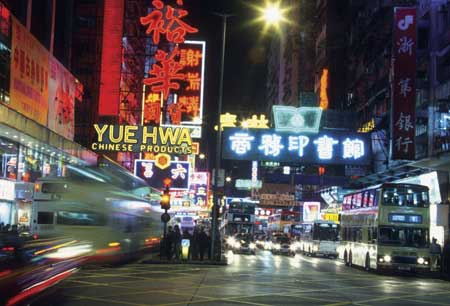 Take it from Weeks, who says: “I had to walk up Lan Kwai Fong to get home every night, so I partied a lot – it was hard not to when there was always a friendly face along the way.”

When you’re not working or partying, make sure you take time to explore the city. For a cool reprieve from the city’s energy-sapping, humid weather, head to its underrated seaside, which hosts handy urban beaches and surf spots. Try hiking along Dragon’s Back and on to Shek O beach on Hong Kong Island, which is just one hour from the city centre.

Weeks indulged in lazy Sundays along the beachsides at Lamma and Lantau islands.

“Down at The Stoep in Lantau was always great,” she says. “You can take a private junk there and have a leisurely boozy lunch.”

Countryside and the mountains are never far, either. Or, if retail therapy is more your thing, start Causeway Bay, a money-spender’s paradise, then continue to explore the streets, which burst with shops, markets and malls. If it’s the hustle and bustle of city life you want, infused with culture and the safety of the trappings of the Western world – and you don’t mind sweaty armpits – then make Hong Kong your destination.

With the work-hard-play-hard mentality of Hong Kong, you are hardly ever at home. But for somewhere to lay your head, look away from the incestuous expat hubs. Sai Ying Pun area is up-and-coming and sometimes compared to Shoreditch.

Geri Weeks’ favourite is Sheung Wan, a predominantly Chinese area. She says: “Everything was expensive for us, but once we became ‘locals’ after about three months, suddenly everything was a quarter of the price!” Rent in a flatshare costs upwards of HK5000 (£405) per month.