London 2012: Jobs in the Olympic Park

Test events have kicked off and the final piece of turf laid in the stadium, but work is not over. The sheer scale of the project is mind-blowing. Expected to cost about £9bn, the Olympic Park will employ some 14,500 people over the course of its creation, making it Europe’s biggest construction site.

So what exactly is going on at the Olympic Park? Who’s working there and what are they doing?

We talk to the falconer in charge of pest control, the environmental manager, a gardener who helped plan what will be the UK’s biggest new urban park, a chef and a tour guide. 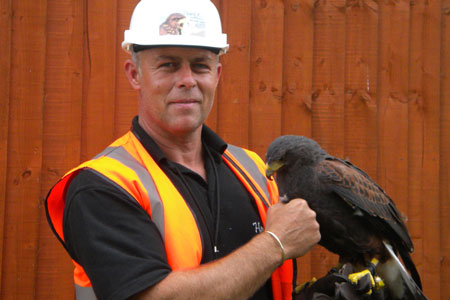 Keddie’s job is flying birds of prey inside and around the London 2012 Aquatics Centre to deter pigeons from nesting and roosting.

An ethical form of pest control, birds such as hawks are flown at the “nuisances”, scaring them away.

“I’ve worked on construction sites for six years but this is the biggest,” he says. “The Aquatics Centre is going to be one of the most famous buildings in the world.”

Keddie, who is part of Hawkwise Pest Control, based in Essex, says there’s a close bond between him and the hawks he works with.

“I get the hawks at 20 weeks old and they live until 24. We train and work together every day,” he says. 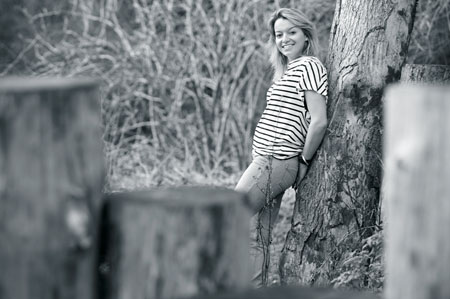 Kim Olliver has managed the Olympic Park’s Ecology Programme from day one.

“The best part of my job is the feeling of working in a massive community whereby everyone has the same mutual goal,” she says. “The worst part is when I have to get up at 3am to do a bird survey or stay late to carry out a bat survey when everyone else goes to the pub!”

Before working in the Olympic Park, Olliver was an ecologist, which involved carrying out wildlife surveys and translocating species prior to any works happening.

“When I started working on the Olympics, I was working on an active construction site from day one in such a fast paced dynamic environment. It was hard work and very long days to start with, but worth it!” Olliver says. 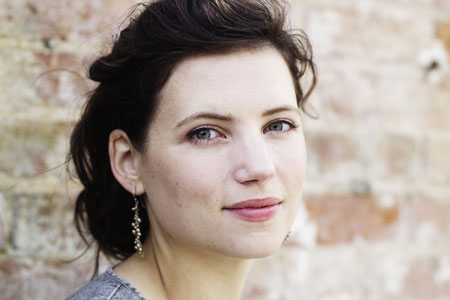 Price is in charge of choosing the plants and designing the London 2012 Gardens and Great British Garden.

The UK’s largest new urban park for more than 100 years is being created in the centre of the Olympic Park and will be open to the public after the Games.

“Working on such a large-scale, and seeing designs go from drawing-board to reality, is really exciting,” Price says. “It’s pressured because of the high profile, but in the end this is going to deliver parks and gardens that people will be really impressed with.

The gardening team involves a range of specialties. “Usually I work alone or with just a few people,” Price says. ”Now I work with a huge team that includes ecologists and artists.” 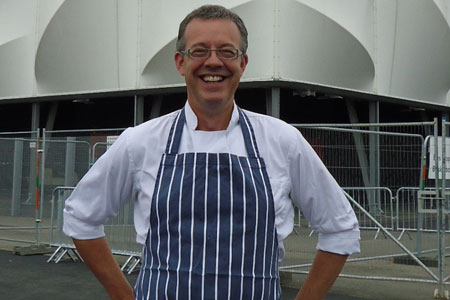 Thompson ran a financial services company before making a career change and becoming a chef. Now he rises at the crack of dawn to work in the Olympic Park’s landscaping and basketball canteen, feeding everyone from directors to traffic marshals and machine operators.

“The stereotypes about builders’ canteens are way wide of the mark,” Thompson says.

“Our eaters are pretty demanding and have diverse tastes. We sell as much salad as we do homemade chips. All of our ingredients are sourced from local markets.”

“I’ve met people from across the world and been able to see the Olympic Park grow around me,” he says.

“Of course in this kind of job the hours are long – typically 3.30am-8pm – but I love it and have a smile on my face every day.” 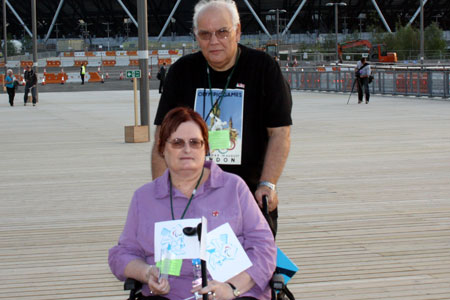 With the eyes of the world on London’s handling of the Olympic Park project, it’s no wonder people want to see what’s going on for themselves. So far, more than 150,000 people have taken guided tours around the site.

Richards is a Baptist minister in Hackney, but takes tours around the park in his spare time. He says he likes showing both locals and those who don’t know the area how east London is being regenerated.

“The best thing is when people who are sceptical about the project become really positive once they’ve seen it with their own eyes,” Richards says.

“It would be great to bring everyone in the country round so they could see for themselves what has been achieved.”

Be warned, tours are booked far in advance, so secure your place early.

Steve Girdler, of Adecco, the official recruitment agency for London 2012, gives us the lowdown.

Which sectors will be hiring? Opportunities will range from catering, cleaning, security and administrative support to media, hospitality, sport, leisure and customer services. Some professional and technical posts will also be available.

When will hiring begin? Many businesses are already preparing to staff up. If you’re interested in securing a job related to London 2012, sign up at jobsforthegames.co.uk

London club: Familia bring the party to Egg on July 6