1D’s Louis Tomlinson discovered the four-member pop rock band 5 Seconds of Summer on YouTube and tweeted the link to their videos. Suddenly, with the attention of Tomlinson’s 9 million Twitter followers, 5SOS gained a new following of “directioners”.

5SOS’s Luke Hemmings, Michael Clifford, Calum Hood and Ashton Irwin moved from Sydney’s west suburbs to London in December to write and record their new album. Once they arrived, 1D invited them to “hang out”, which was the start of a boy band bromance.

Niall Horan stopped by the studio in January while Tomlinson and Harry Styles recently challenged them to a football match. The Aussies got “kicked” with a 15 to 2 beating.

1D didn’t hold the band’s football skills against them and soon personally invited them to open their 110-date world tour, which kicks off at London’s O2 arena on February 23.

“We discovered 5SOS on YouTube last year and we all knew straight away they were very special”, Horan said. “We’re so excited to have them on the road with us and we know our fans are going to love what these lads do”. 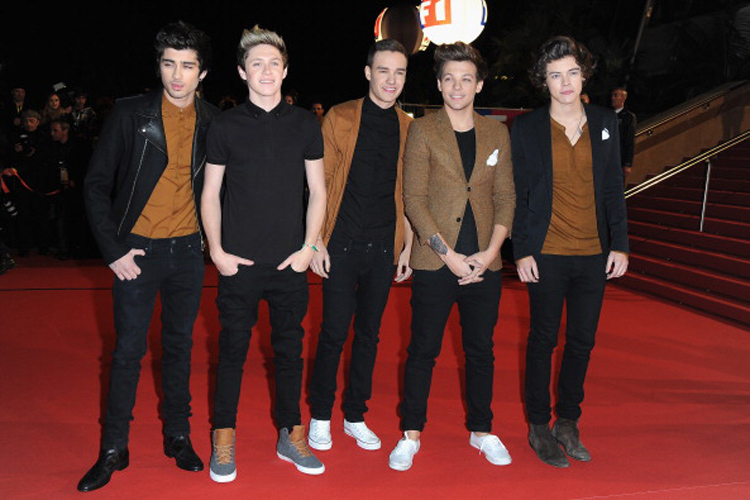 In just 15 months, the Sydney blokes have upgraded from playing to 20 people at the Annandale Hotel to performing in front of 1.3 million screaming 1D fans in Europe, America and Australia.

Even 5SOS’s family members weren’t immune from the 1D mania, and guitarist Michael Clifford jokes that there was a squeal of excitement from loved ones when the band shared the news.

“None of this has sunk in for us; it’s surreal to think we will be on the same bill as a band who are on such a world-wide scale, he said.

“When the guys first started talking to us about it, we thought they were joking. And now I look at my calendar in my iPhone and it goes from `doing our thing, doing our thing, four shows at the O2 arena in two days! It’s crazy”.

Only time will tell how 5SOS will fair in the face of 1D’s fans, who will probably keep them “up all night”.