Bonfire night is a peculiarly quaint and eccentric British tradition that commemorates the attempted attack on the House of Lords by the Gunpowder Plot in 1605, spearheaded by Guy Fawkes, by blowing up loads of fireworks and rockets into the sky. It is, safe to say, one of the most spectacular nights in the British calendar. 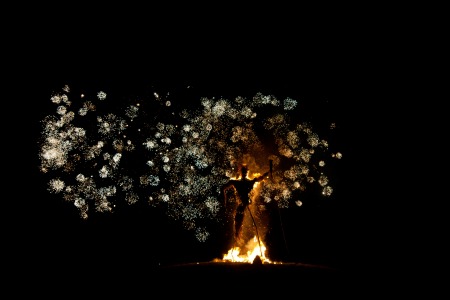 One of the undisputed highlights of the Bonfire Night events in London this year is going to be the annual Lord Mayor’s Show. It has been running for almost 800 years and is as traditional, British and regal as the name would suggest. A three-mile-long procession kicks things off during the day, welcoming into office the 686th Lord Mayor of The City of London – this one is not Boris – all of which is started initially with an 11am flyby across London. After this, there will be 21 bands,150 horses, 23 carriages, carts and coaches as well as vintage cars, buses, fire engines, penny farthings and loads more, not to mention more than 7000 participants who will be taking part, all led by the giant 14-foot-tall wicker giants of Gog and Magog.

Marching bands, gold-adorned carriages and more fanfare than you can imagine then follows as the procession fills the streets of London, with the roads and streets closed off to ensure maximum focus on the event as it makes its way between Mansion House and the Royal Courts of Justice in Aldwych. Around 45 minutes after the first floats have set off, the State Coach leaves Guildhall and travels to Mansion House to pick up the new Lord Mayor who then makes their way to St Paul’s,where they receive a blessing, and then head on to Ludgate Hill, Fleet Street before ending up at the Royal Courts around 2.30pm. After witnessing this stately action, you can then grab yourself a free guided tour of The City, which will take you behind the scenes and reveal some of the more unknown facts about this most important part of London, its heritage and all the juicy stories that have taken place throughout the city’s jam-packed history. 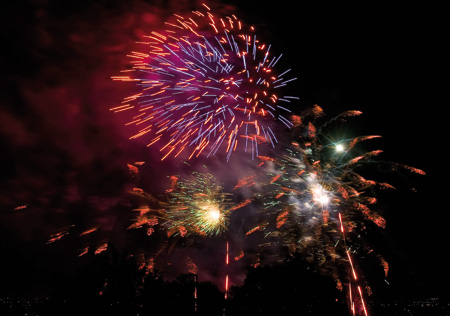 After this though it is all about what will be the absolute highlight of the day – the evening fireworks display. “To mark the end of the Lord Mayor’s Show and the beginning of a new mayoral year, London’s newly confirmed Lord Mayor will launch a magnificent fireworks display over the river,” says event organiser Dominic Reed. “It’s one of London’s most spectacular annual displays and you’ll be able to see the fireworks for miles, but for the best view of all head down to the riverside between Waterloo and Blackfriars Bridges, either on Victoria Embankment or on the South Bank. ”The fireworks show will be one of the most spectacular in all of London, set off from a barge moored on the Thames and visible from across the city. It will be, though, best viewed from the banks of the Thames. You best get down there early to nab yourself a good seat for the show, as there are going to be more than half a million people lining the streets.

Eco-friendly accommodations in the UK

Where to celebrate Bonfire Night