This April marks the centenary of the infamous ship’s sinking. The DiCaprio- Winslet film is back on screens in 3D, ITV has a mini-series and the BFI has a host of events, too. There’s various big-screen retellings of the sinking (A Night to Remember and German portrayal Titanic + In Nacht und Eis, with a decidedly anti-Brit POV); multi-media production The Debris Field looking at the cultural fallout from the ship’s ill fated voyage; and a special event about the Titanic film that was almost Alfred Hitchcock’s first US movie.

From forgotten concrete wasteland to cultural and creative thriving hotbed, London’s East End has undergone
a sparkling rejuvenation and Alternative London’s graffiti tour and workshop takes you through the heart of the Brick Lane area, with the opportunity to create your very own spraycan work of art for all to see.

These BA Great Briton-boasting pop- up events celebrate the ‘Isles of Wonder’ ahead of the Games, with a craftily constructed dining room (dinner’s sold out, though), art gallery, cinema and bar. Talent on show includes the Timothy Spall-starring short Boy and BA2012 ‘Dove’ designer, Pascal Anson.

Illustrator David Bray, who has worked for the likes of H&M, Puma and Harvey Nics, unleashes his new set of precision works, which incorporate as many women, animals and skulls as Bray fans might expect to encounter in his finely drawn, ink-penned one-of-a-kind creations. 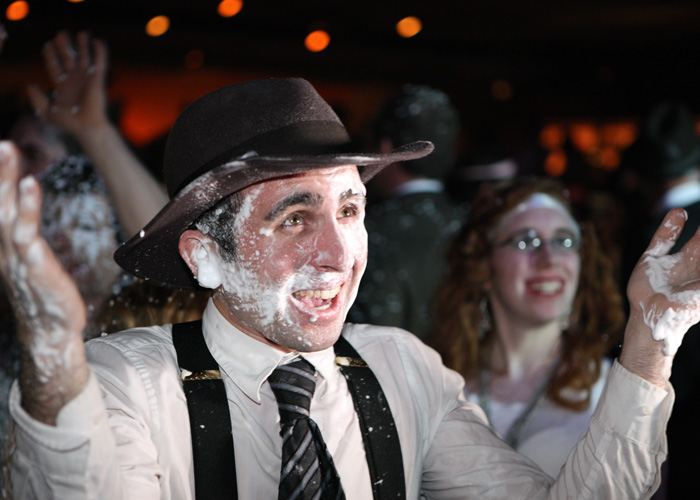 This run of Bugsy-movie events comes to a halt at the end of this month, so you’ve got only a few days left to don your finest suit and get down to the regenerated Troxy for an evening of 1920s-themed gangsters and molls with a screening of the ace food-fight musical. Sing along, pick up a pie and toss it towards the nearest unsuspecting face, and embrace your film-loving inner child.

The original bombshell blonde, Marilyn Monroe, takes centre stage for this collection of photos and paraphernalia, which includes shots from Norma Jeans’ movies, off-screen images from throughout her career, as well as dresses that she wore in some of her most famous films.

The fourth annual Terracotta Film Fest features everything from comedy and drama to horror (including a fright-night triple bill on Friday). Korean war epic My Way opens the show, with the all-China funded comedy Inseperable, co-starring Kevin Spacey, closing the proceedings.

Who is Osama Bin Laden? Ignorant teens turn to internet and Twitter for answers

Tiny postcard-sized painting bought for £30 revealed to be John Constable original worth £250,000