Magic Events and Shows in London 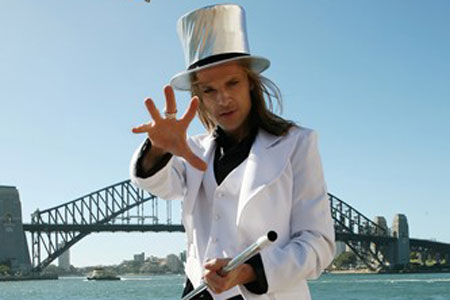 A CHRISTMAS CAROL – AND THE CONJUROR

British Library
Charles Dickens may have created Scrooge and the Christmas ghosts but he was also a talented amateur magician. In this fun show, writer Brian Sibley evokes literary illusions from some of Dickens’ best- loved stories, while The Magic Circle’s David Weeks presents interludes of bewildering bafflement straight out of the Victorian conjuror’s box of tricks.
Dec 9 & 10; £7.50
96 Euston Road, NW1 2DB
bl.uk/whatson
Tube: King’s Cross

Roundhouse
With a line-up featuring some of the cabaret world’s favourite magic stars, La Soiree is an unforgettable treat. This is a night of thrills, shocks and tears of disbelief.
Nov 28-Jan 29, 2012; £15+
Chalk Farm Rd, NW1 8EH
roundhouse.org.uk
Tube: Chalk Farm

The Invisible Dot
Comedian Nick Mohammed puts aside the funny stuff for an evening of magic with Brendan Patricks. However, this inventive pair should still produce a few laughs during a spellbinding show.
Dec 12; £6.50
099F Camden Stables, NW1 8AH
theinvisibledot.com
Tube: Camden Town

Leicester Square theatre
Scottish magician Sadowitz’s vitrioloic humour  makes the likes of Jimmy Carr and Frankie Boyle look like altar boys but that doesn’t stop audiences flocking to see him. In fact, it probably encourages them. Hear the latest from the man who referred to Nelson Mandela as ‘a cunt’ and witness some astonishingly slick tricks at the same time.
Dec 7-Jan 14, 2012; £15+
6 Leicester Place,  WC2H 7BX
Leicestersquaretheatre.com
Tube: Leicester Square 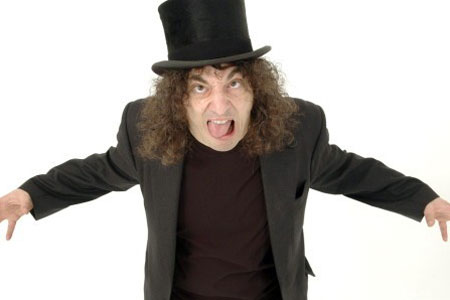 The Magic Circle
Enjoy an eye-opening stroll through London’s house of 10,000 secrets, otherwise known as the headquarters of the Magic Circle. Here you can discover the fascinating history of mystery, magic and the world-famous organisation in the hallowed clubrooms where visiting international masters meet to discuss their latest tricks and illusions and share stories of their time on stage. You’re guaranteed to be enthralled by tales of past magicians during a guided tour of the building which houses priceless treasures, memorabilia and magical posters. Whether you’re a magic buff or just have a passing interest, this is the place for you.
Mondays, by appointment; £13
12 Stephenson Way, NW1 2HD
themagiccirlce.co.uk
Tube: Euston

Charing Cross
Davenports was established way back in 1898, and is the world’s oldest family-run magic shop. The staff are all professional magicians only too happy to help their customers navigate a huge variety of magic props and provide ideas for conjurors of all levels. Enrol in one of Davenports’ magic courses if you want to take your act to the next level.
Mon-Fri 9.30am-5.30pm; Sat til 4pm; FREE
7 Charing Cross Rd, WC2N 4HZ
davensportsmagic.co.uk
Tube: Charing Cross 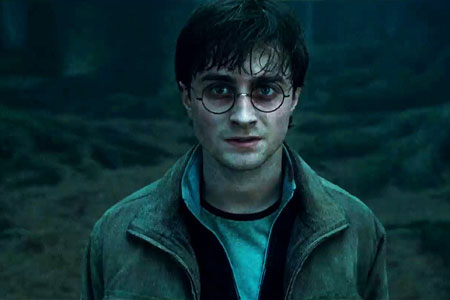 V&A Museum of Childhood
Explore the history and origins of magic and discover how its themes have influenced many artists and writers. Take a journey into miniature magical worlds where the objects on display include costumes, tricks and illusions; film merchandise, optical toys, paintings and ceramics; otherworldly dolls and puppets and illustrated books; and a host of interactive activities.
Until March 2012; FREE
Cambridge Heath Rd, E2 9PA
vam.ac.uk/
Tube: Bethnal Green

The Magic Circle
Be fascinated at year’s show featuring the current Magic Circle Stage Magician Of The Year Peter Wardel; star of Penn And Teller’s Fool Us, Mark Shortland; and a variety of other renowned illusionists from Britain.
Dec 27-30; £25
12 Stephenson Way, NW1 2HD
themagiccirlce.co.uk
Tube: Euston

Chancery Lane
This family-run shop, open for more than 45 years, is one of London’s go-to destinations for aspiring and working magicians. However, those  simply after learning a few party tricks to impress friends and people at partes are also welcome. There’s a huge range of playing card and coin tricks, and, for the more advanced, a host of stage tricks – from vanishing cabinets to hovering lightbulbs. International Magic also offers a variety of courses, for all levels, so you can learn properly before unleashing your new-found magic skills on the  unsuspecting. This is your chance to shine.
Mon-Fri 11.30am-6pm; Sat til 4pm; FREE
89 Clerkenwell Rd, EC1R 5BX
Internationalmagic.com
Tube: Chancery lane 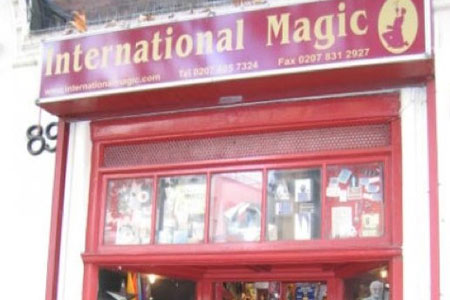 CONJURING AT THE COURT 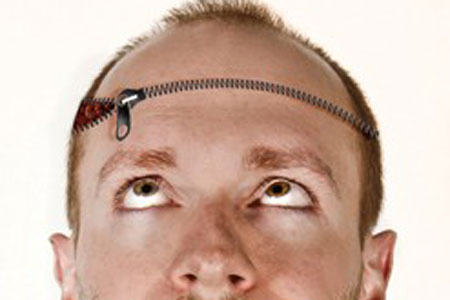 Noel Coward Theatre
Master magician Firman will aim to steal the show from funnyman Skinner with his unique brand of comedy and  illusion. Since first appearing on TV in Monkey Magic, Firman has travelled the world, meeting his magic heroes and learning new skills to bolster his brand his own brand of anarchic illusions. Then, on Channel 4’s Dirty Tricks, he amazed viewers with his ability to perform disgusting tricks with animals, cigarettes and big spiky things, and never fails to draw gasps for his sleight of hand. What will he bring to this show? Only Firman knows, but you can be confident of an incredible, mind-boggling evening.
Dec 2 & 9; £12
St Martin’s Lane, WC2N 4AU
frankskinnerlive.com
Tube: Leicester Square

Bloomsbury Theatre
Creepy, cool and funny, these Scottish Bafta-nominated magicians  caused a national outcry with their TV specials, The Magic Of Jesus and Tricks From The Bible in which they visited Egypt to walk on water, raise the dead, and even make a virgin pregnant. During Show And Tell, they’ll perform a range of outstanding illusions and then explain exactly how they managed to fool their adoring audience.
June 23, 2012; £14
15 Gordon St, WC1H 0AH
thebloomsbury.com
Tube: Euston 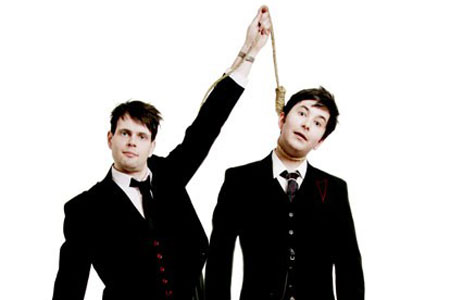 Barons Court Theatre
Master magician Richard Leigh produces the kind of  polished, reathtaking tricks not usually seen outside of budget-rich TV shows. You’ll be blown away by both the skill and the spectacular venue at this intimate London magic show.
Every Sunday, 3pm; £8
28A Comeragh Road, W14 9HR
Falseimpressions.co.uk
Tube: Barons Court