Nope, this isn’t another stupid joke: DJ Michael Christian has been handed the national radio award for being the Next Top Jock.

Just to jog your memory, Aussies Christian and his then 2Day FM radio co-host Mel Greig were behind the prank call to London’s Edward VII hospital back in December. Putting on English accents, the ‘comedy’ duo pretended to be the Queen and Prince Charles enquiring about Kate Middleton, who was suffering acute morning sickness.

The following day, nurse Jacintha Saldanha, who fell for the prank, putting the call through to the Duchess’s ward, killed herself. The 42-year-old was found hanged along with three handwritten suicide notes – the contents of them only released in April.

One read: “Please accept my apologies. I am truly sorry. Thank you for all your support. I hold the Radio Australians Mel Greig and Michael Christian responsible for this act. Please make them pay my mortgage. I am sorry. Jacintha.”

Fast-forward, and Christian is being flown to LA as part of his prize from new employer Southern Cross Austereo for being the best DJ in the company’s network. The DJ said: “That regardless of all that’s happened in the past few months I’m still at the top of my game. So it felt good to see my name at the top of the final leaderboard.”

The inquest into the death of the mother-of-two hasn’t even yet taken place, due to be held in September. And while Greig has offered to appear to answer the family’s questions, Christian has seemingly put the tragic events behind him too soon.

While no one can blame Christian and Greig for Saldanha’s suicide – she must have been unstable at the time – they did play a part. Yes, they should both be allowed to move on with their lives and their careers, but after a respectful period of time.

The timing of this award is grotesque and in incredibly bad taste – something of which Christian’s bosses, if not the DJ himself, should have been aware.

» Agree or disagree? Did Christian deserve the award? letters@tntmagazine.com 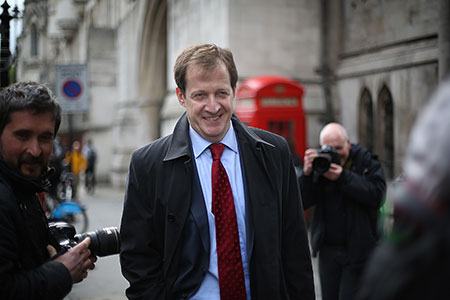 Visa application being held up? Take a leaf out of former Downing Street spin doctor Alastair Campbell’s book. Sod waiting around for months on end to hear whether or not it’s been approved – jump on to Twitter and start making a noise.

Campbell tweeted the Australian High Commission last week: “Misuse of Twitter part 643. Can anyone in Australia High Commission check out why not heard back re electronic visa application?”

Just hours later, his situation was sorted, with @SandiHLogan (from Department for Immigration & Citizenship) tweeting Campbell a personal update – and how, happily, it had all been resolved.

So it seems it’s not what you know, but who you are – and how public you make your complaint. As TNT continues its UKBA campaign, I’d advise those still waiting on their visas to make as much noise as possible.