In the lead-up to this weekend's London International Tattoo convention, two artists reveal how to make your art stand out

Tattoos have experienced a golden era during the past 10 years, taken even further into the mainstream by reality TV shows such as London Ink and by their high-profile positions on the bodies of celebrities such as David Beckham and Rihanna. The days of anyone choosing to adorn themselves in body art being treated as an outcast are long gone.

In 2012, bankers, architects and doctors – perhaps even your parents – are inked. And, as each generation discovers the thrill and satisfaction of a high-powered needle leaving a design that will always be with them, inkers are finding no shortage of canvases.

This week, aficionados of this ancient artform – collectors and 250 of the world’s elite artists – will descend on London, bringing their colourful, patterned skins to receive more decorative pigment changes or to gather inspiration and share tales at the annual London International Tattoo Convention.

It’s a reflection of the current popularity of tattooing that more than 20,000 people are expected through the doors of the event, and many of them will have the designs of Mo Copoletta (above), owner of Farringdon-based The Family Business, etched permanently on to their bodies.

Copoletta, an artist with 14 years of administering skin art under his belt, is open in his assessment of much of the body art you’ll see wandering the streets of London in 2011.

His view is that, in combination with the obvious originality of the design, to stand out among the sea of colour and shading, collectors should find an experienced artist intrinsically aware of what looks good and what doesn’t.

“Every other thing in the world of art – paintings etc – generally, [only] the trained eye will see quality,“ he says. “With tattooing, you don’t need to have a trained eye. Tattooing is an art that's pretty direct, so either it’s a well-done tattoo, it’s a beautiful tattoo, or it’s not.“

As the artform increases in popularity, Copoletta says he has noticed changes in the way his clients approach ink – with people becoming far more discerning.

“The fact that the tattoo world has attracted many more people opened the door for customers to come in with a point of reference – a good vision about what they want,“ he says. “However, we, at the end of the day, take over and we design the tattoo. So, while it’s good for a customer to have references and examples, people shouldn’t really design their own tattoos, they should just come in with ideas.“

As you’d expect from a businessman, Copoletta has a natural enthusiasm about the line of work he’s chosen to earn a livelihood from, but he also brings a healthy consideration for a client’s needs. Because, after all, it’s his signature, his reputation they’re going to be walking around with on their skin.

“People come in with far too many requests sometimes,“ he says.

“They might want to cram everything they want in to one single tattoo, which is not a good idea, because it can create a mess of meanings and become a mess graphically.“

Fellow artist Nikole Lowe, who appeared in London Ink and owns Good Times studio in Shoreditch, agrees. But while Lowe says she’s impressed by the level of knowledge from clients, if there’s one thing she laments in terms of the popularity of body art, it’s the passing of the mystery of tattooing that existed when she first learnt her trade 20 years ago.

“There never used to be the internet or magazines,“ she says. “It used to be like a secret, magic circle, you didn’t share your knowledge with other people so freely. Nowadays, information is so easily available and kids buy equipment and tattoo each other in their bedrooms, and that’s when things are gonna go wrong, people get bad tattoos and infections.“ [continues below] 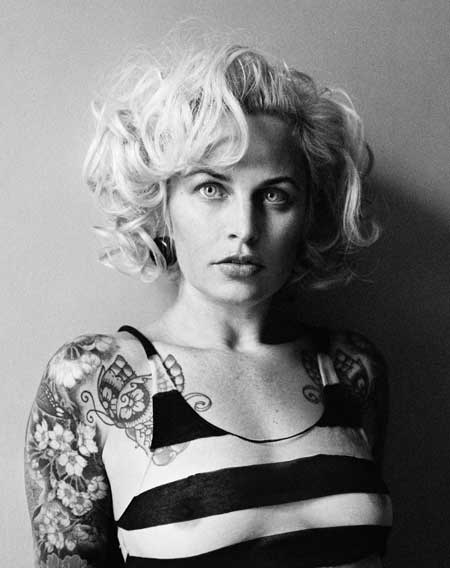 In terms of today’s styles, Lowe (above), who counts tattooing an angry duck on a dwarf’s penis among the weirdest of the thousands of pieces she’s done, says those that have stood the tattooing test of time are the ones still appreciated today.

“There’s still a high amount of Japanese influence, old school traditional, tribal – those three styles have been around forever and have stood the test of time,“ she says. “With the tribal stuff, it’s art from Maori, Borneo, Samoan, Tahitian cultures – designs that are really strong and bold.“

But as for the proliferation of neck tattoos that have emerged on the streets of London during the past five years, both Lowe and Copoletta dismiss it as a trend brought about by young people seeing a rock star on TV and imitating them, with no regard for the future.

“I believe it’s more of a cool factor of belonging to a scene rather than a mature decision of having something on your neck,“ Copoletta says. “Before going to neck and hands, you need to live with tattoos and have visible parts of your body, like forearms and legs, done first to be able to get used to people’s reactions. Because, no matter what, you’re always going to get a reaction from people, and you’re not going to be 20 forever and looking rock’n’roll your whole life.“

And, even in a world where people are more savvy than ever about the artform, Lowe still deals with people who have changed their mind about their ink. “It costs a lot more and hurts a lot more to get them removed. But that's another thing: you can get things removed now. You never used to be able to – well, it would leave a massive scar.“

However, removal doesn’t always spell the end of the urge for more ink; for some, it just creates more canvas.

“One customer who I tattooed decided his choice wasn’t bold enough so he went and had it removed. I’m going to cover it up and do it all over again for him,“ she laughs.

Both Copoletta and Lowe agree should the artform drop in popularity it will be the operators known for producing quality work who will find themselves able to survive.

“You can be content or you can have a desire to push yourself,“ Copoletta says. “At the end of the day it’s up to the operator if they want to challenge themselves or not. It comes down to stylistic challenges. The technique, you acquire it and it’s always pretty much the same, with a little fine tuning, but it comes down to the drawing and the art.“

And Lowe echoes that sentiment of not settling for  second best in her advice to those thinking they’ll add to, or start their own collection, at the tattoo convention this weekend.

“Research, trawl around for artists, use word of mouth,“ she says. “If you see someone in the street with something you like, stop them and ask them about it. That’s the key. You’ve just got to keep looking.“ 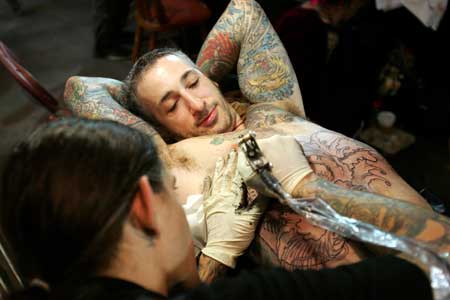 The cold truth? Your iPhone uses more electricity than a fridge

Horseride to fitness: Dressage is a great way to keep in shape