PICTURES: Tower of London moat filled with poppies to remember those who fought in WWI

The installation by Paul Cummins, entitled “Blood Swept Lands and Seas of Red” will see volunteers place 888,246 ceramic poppies into the dry moat over the course of the summer – there will be one poppy for British and Colonial fatality during the war.

The poppies have been added to the site gradually over the last few weeks and from August 5 onwards you’ll be able to buy one for £25. It is hoped it’ll raise millions for charities including the Confederation of Service Charities (COBSEO), Combat Stress, Coming Home, Help for Heroes and SSAFA (formerly the Soldiers, Sailors, Airmen and Families Association).

The last poppy will be symbolically planted on 11 November this year. 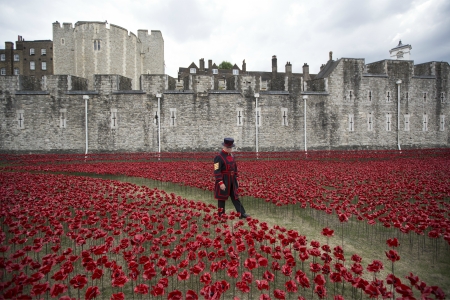 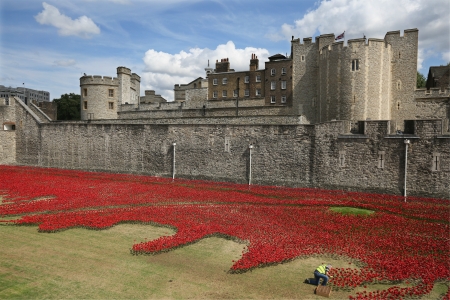