Battersea’s Diamond Jubilee Festival will feature artists, designers, chefs, bakers and revellers for a daytime Thameside party, curated by the Vintage Festival’s Wayne Hemingway and artist Clare Patey. It’s going to be a top spot to watch the Queen’s river pageant go by. Norman Jay & The Good Times Sound System will provide the tunes, with ex-Hacienda DJ Graeme Park as a special guest. They’ll be rolling out the best beats from throughout the Queen’s reign atop a red open-
deck bus.

The Museum of London Docklands, a specialist in the historical alternative night out, has decided to step back into the brilliant and bizarre world of the Victorians.Highlights include burlesque dancer Vicky Butterfly, an illusionist, talks on Victoria fashion and a coronation Souvenir workshop. If you’re heading over, make sure you look the part – the dress code is fin de siecle finery and steampunk chic (think a mix of sci-fi and gothic).

Anarchy in the Supperclub

True to its rebellious nature, Supperclub will transform into a diamond punk palace, with drag queens taking
to the stage in homage to HRH Elizabeth II. Get your leathers on and hit the legendary Notting Hill institutuion for the risque party and some good old gourmet dining on beds. 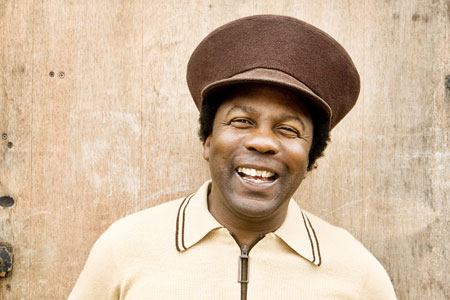 A Right Royal Carry On

Continue Battersea Park’s Diamond Jubilee Festival with even more from legendary DJ Norman Jay. (above)  After his daytime session on the Good Times Bus in the park, Jay will be heading to The Clapham Grand to keep the party going with some infectious and diverse revelling tunes until the small hours. It’s exactly what the Queen would expect you to do with your bank holiday.

To celebrate Queen Elizabeth II’s 60-year reign, at least 2012 beacons will be lit across Britain, the Commonwealth and the world. The symbols of unity will spark up at London locations including The Tower of London, Morden Park, and Liz will light one outside Buckingham Palace.

The Queen: Art and Image

Portraits of the Queen spanning her time on the throne – includes formal and official paintings and photos, as well as contemporary takes on Liz. 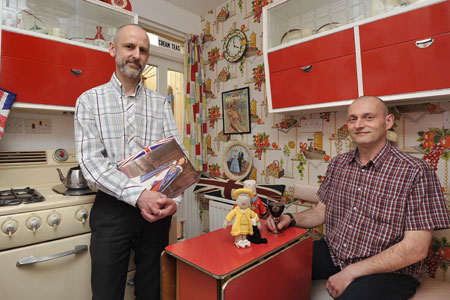 At Home With the Queen

Satiate your nosy side with this fascinating exhibition of portraits of Londoners at home with their treasured royal souvenirs and momentos of the Queen (above). The photos cover people of all ages and backgrounds – from a four-year-old girl and a musician, to a model.

Spend your Diamond Jubilee Sunday at a street party in the iconic Leadenhall Market, courtesy of the Lamb Tavern. They’re laying on a pop-up bar, serving specially brewed Young’s Jubilee ale, and a buffet full of retro British classics including Coronation chicken, game pie, scotch eggs, plus Pimm’s jelly and sherry trifle. There’ll also be an acoustic set of British classic covers from Liverpool band Hope Town and a huge screen showing live coverage of the Jubilee festivities. The market is also sheltered, so you won’t need to worry if the Great British weather does what
it does best … 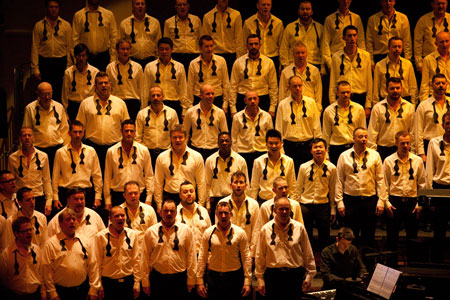 60 Queens For The Queen

If you can’t spot the real Queen, cop a look at 60 versions of Liz. The London Gay Men’s Chorus (above) will dress up in homage to Her Royal Highness to perform a medley of royal celebration tunes. Also look out for Union Jack decorations around the Piazza and the Market Building, and the Street Kitchen is also going to be setting up shop there, selling tasty and healthy bistro-style dishes. 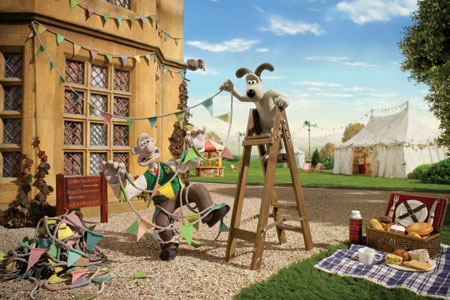 Catch the premiere of a mini Wallace and Gromit episode, especially for the Jubilee. The iconic Brit animation will be accompanied by a tea party, a choir and a ukulele band, along with huge screens showing the Jubilee concert.

The world’s largest stamp portrait of the Queen

It took artist Peter Mason 400 hours to create his image of our Liz, made entirely out of postage stamps. He’s previously done Sir Cliff Richard, Simon Cowell, Margaret Thatcher and Charles and Camilla in the Pop Art style – but this one’s especially for the Jubilee.

Catch a glimpse of the Queen and her posse going from Westminster Hall to Buckingham Palace after their National Service of Thanksgiving at St Paul’s Cathedral, receptions at City venues and a livery lunch at Westminster Hall. The procession will bring Liz – along with the Duke of Edinburgh, Charles, Camilla, Kate, Will and Harry – back to the palace via Big Ben, Horse Guards, Trafalgar Square and Admiralty Arch. Don’t miss the 60-gun salute from the King’s Troop. 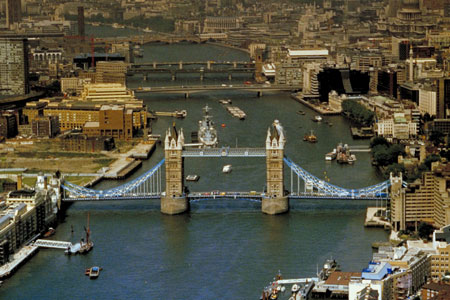 In the biggest flotilla on The Thames in modern times, up to 1000 boats will take to the river at high waters on Sunday afternoon. The Queen will be at the front, aboard The Spirit Of Chartwell, and historic and modern boats from across the UK, commonwealth and rest of the world will follow.

Sun, June 3 | From 9am | Free
The Thames
thamesdiamondjubileepageant.org

Take a ride on the London Eye as you enjoy a delightful Jubilee afternoon tea.

Try a meal created by ex-royal chef Mervyn Wycherley, at The Montagu restaurant at The Churchill. All the dishes were originally served in Buckingham Palace and other residences. Two courses from £20 at lunch or £25 for three with half a bottle of wine. In the evening, it’s two courses for £22 and three for £27.

A pop-up Jubilee Tearoom will be serving tea (or squash) and cake for £2.50 at 2pm and 4pm, and at 3pm, there’ll be a special serving just for Elizabeths. Don’t forget to enter the bake-off at 1pm, judged by MasterChef winner Julie Friend. 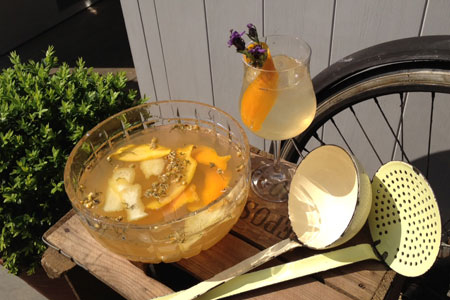 The royal family love the West Indies, and Prince Harry impressed with his dancing on his recent tour of the Carribean. So if you’re after a more exotic way to celebrate the Jubilee, head to the Putney Fish & Grill’s Carribean-themed evening, complete with a live steel band and plenty of rum punch.

The three-course menu includes red snapper cevice, salt cod with scallion and scotch bonnet, and goat meatballs in coconut tomato with green banana chutney, rice and peas. Guests are encouraged to dress in their most colourful outfits.

Nine Aussies arrested for stripping off