“If you are in a good mood for a walk after a good meal, all roads leads to nature”, an apt Serbian saying for Serbian meals are some of the heartiest I have sampled and nature abounds in this Balkan state of south eastern Europe, where harmony presides between nature and culture.

The province of Vojovodina in northern Serbia reflects the Austro-Hungarian rule until the end of the first World War with the city of Novi Sad or ‘the Serbian Athens’ as its capital and the second largest city in Serbia, after Belgrade, eighty kilometres north west of the capital city of Serbia. Here I got a sense of the multicultural spirit with its mixed architectural styles of gothic, baroque, neo-classicism, secession and modernism and paid my respects outside Albert Einstein and his Serbian wife, Mileva Maric’s home.

The National Park of Fruska Gora near to Novi Sad provides a relaxing break from city life with the mountainscape peppered with baroque Orthodox monasteries and their well preserved frescoes from the Middle Ages. These Orthodox monasteries with its masterpieces of Serbian medieval painting and architecture, form part of the Cultural Route of Europe Transromanica connecting European monuments of the romantic style as well as featuring in UNESCO’s list of World Cultural Heritage. As the only mountain range in Vojvodina with slopes fertile for the cultivation of grapes, it provides a wine route to the Danube river through the city of Sremski Karlovci with sixty wineries. Driving along this route, we stopped to sample the local wines produced by family run businesses like MK Kosovicand the Serbian sweet dessert red wine, Bermet which tastes like port, Maderia and sherry. This wine proved to be the favourite amongst European high society and legend had it that Bermet went down with the Titanic. Not surprisingly, the oldest Serbian publication from Vojvodina is a book on wine-making – the Book of the Experienced Vintner published in the eighteenth century by Zaharije Orfelin. 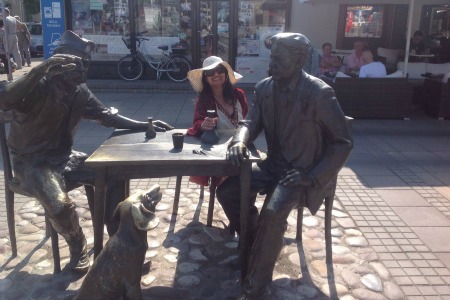 For a gastronomic treat, en route we visited Salas 137 to enjoy a hearty meal of turkey pate with sour cream cheese and raspberry sauce, followed by trout and kolac, homemade cake amidst the cosy settings of a traditional farmhouse. Salasi are charming village farmhouses which preserve the ambience of the rural bucolic lifestyle, for Serbia is an agricultural country and one can enjoy horseriding and fishing at some Salasi.

Travelling to the southern parts of Serbia, an hour’s drive from Belgrade lies Smederevo on the banks of the Danube river. This contains the largest medieval Serbian fortress dominating the cityscape, for Smederevo was the last medieval capital of Serbia before the rule of the Ottomans from the fifteenth century.

Nis is the largest city in southeastern Serbia, described as the Balkans in a nutshell with its intersections of history, tradition and modern lifestyles, reflected in its heritage sites and festivals from Mediana, the archaeological site of the Roman Emperor Constantine’s villa who was born in Nis to the Skull Tower where around one thousand skulls of Serbian soldiers killed in the battle of Cegar has been built into this tower after the first Serbian uprising against the Ottoman reign to the Nis Fortress, the symbol of the city and one of the best preserved Turkish military fortifications in the Balkans. 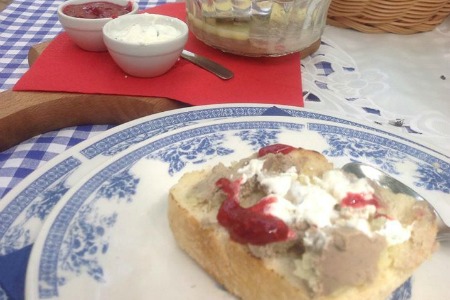 As an art historian, it was fitting to stay at the ArtLoft Hotel in the heart of Nis, housed in the Nisava mansion, a cultural monument of modern classicism of Nis with its unique artistic concept of displaying paintings by local artists from the Nis Foundation with each of the nine rooms named according to its decorative theme like Midnight Moon, Elftown and my room, Graffiti with paintings of Graffiti by Ana Bondzic.

Festivals abound in Serbia and I experienced my brother in law’s family Slava festival in Klisura in southern Serbia whilst my friends experienced the Dragacevo Trumpet festival in Guca, a small village close to Cacak where every August, hundreds of thousands of people celebrate the trumpet player’s skills as a major music festival in the Balkans region. For my next Serbian festival, I shall have to return for Rostiljijada or the Barbeque festival in Leskovac to experience the competition for the biggest hamburger. 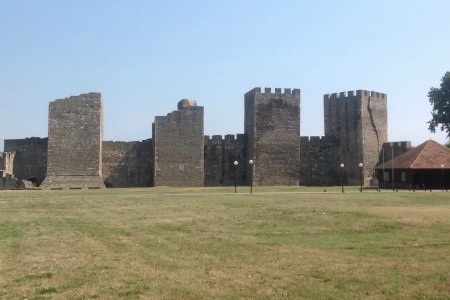 ‘Like a feminist tsunami’: On Feb 14, One Billion Rising global event and campaign aims to stop violence against women