When world hockey gets the Indian billionaire treatment on December 2, with an auction for the best players in the vein of cricket’s IPL, one man is guaranteed to be among the most fiercely bid for – Australian captain Jamie Dwyer.

The five times best player in the world will be a target for all six franchises who will want his trademark number one jersey to be in their colours for the Hockey India League (HIL) played from January 5 to February 3 next year.

Dwyer wouldn’t talk up his worth at auction, but admits it’s a huge deal that his sport is finally getting what it financially deserves.

“It’s great for world hockey,” he says. “And it’s great for Indian hockey, they’re naturally a brilliant hockey nation.” Cricket is huge in India, but it’s hockey that is the 1.2 billion residents’ “national sport”.

The wealthy HIL owners will be capped at AUS$650,000 for their 24 players (10 of which can be from overseas), an astronomical figure for a sport rarely associated with money.

The cash is only beaten in significance by a broadcast deal with ESPN that will bring greater-than-ever exposure to the field sport: “It’s what hockey needed,” Dwyer says. 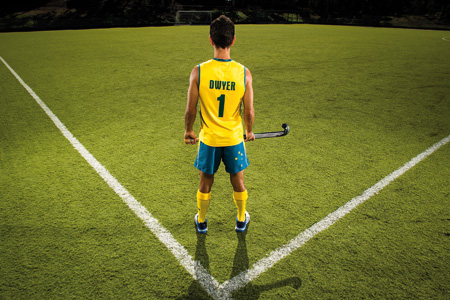 “Players need to be financially rewarded, especially in Australia and NZ where we get no money at all.

“Hockey needs something to attract people to it – if a young guy coming through was good at football and hockey as well, they’d probably choose football because of the money and it’s on TV,” says Dwyer, who’s non-playing time is spent coaching elite players through academies and his innovative video tutorials on dwyeronline.com.

He was also one of those kids – from country Queensland, he was offered a private school scholarship to play cricket in Brisbane but “was always more passionate about hockey”.

It’s an exciting time for hockey and Dwyer. TNT caught up with the striker after he walked off the field from a victory against Pakistan in last week’s Super Series Hockey 9’s in Perth, the sport’s exciting Twenty20 equivalent with nine players (usually 11) on each team and larger goals.

This comp precedes the Champion’s Trophy in Melbourne from December 1-9, a tournament featuring eight of the best nations in the world (see next page).

Organisers will hope for a rematch between the world-leading Aussies and Germans, who broke the home team’s hearts in the semi-final of the London Olympics. All going to plan, they’ll meet in the final.

“We’ve got Belgium, Holland and Pakistan in our pool, but the rivalry with Germany could continue in the final,” Dwyer says. “We’ve had a very good battle over the years.

“I knew this year at the Olympics we’d be the best two teams in the world. It’s a shame we had to meet them in the semi-final.” 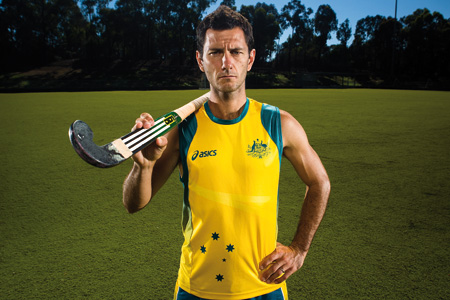 The Australian team was named after the recent Australian Hockey League between states, which was won again by Dwyer’s Queensland Blades.

The side, which hasn’t been out of the top four in the major tournament (World Cup or Olympics) for the past 40 years, has similar issues to the Australian football team, the Socceroos, with players plying their trade professionally in Europe.

For hockey, the money is found in Germany and the Netherlands, where Dwyer has been playing since 2004 for various clubs.

He also met his wife Neth, also a hockey player, there through hockey friends. “That wasn’t part of the contract,” he jokes.

They married in 2008 and now live in Perth with their two boys, Julian, three, and Taj, who’s two in December.

“When I went there after the Athens Olympics (where Australia won gold), there was only a handful of guys who’d been there previously.

“These days, half the squad’s playing there. I wanted to go there just to experience life out of Australia and learn on the field, too.” 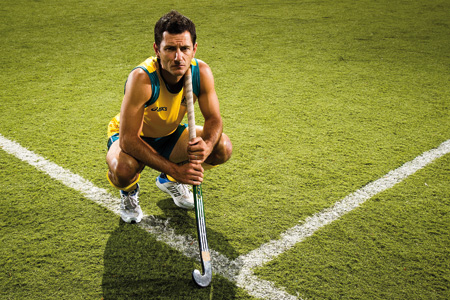 Like the Socceroos, the players are split, but with hockey being more concentrated in Europe, the overseas-based players can meet up more often.

“Our team’s been training in two groups, one here (in Perth) and the eight guys who are playing in Holland,” he says.

“But we’re ready for the Champion’s Trophy – it’s not often we play a big tournament in our home country.”

Despite being in the twilight of his playing career, it’s as obvious as a stick on the shin that Dwyer still has the fire in his belly for the elite contest.

He’s targeting the Glasgow 2014 Commonwealth Games and World Cup in The Netherlands, his second home, for his swan song: “Age 33 in hockey is definitely coming to the end of a career, but I’ve got two years left in me. I’m not a big guy, so my pace and fitness has been the same for 10 years.

If I keep that and the passion, and I’m still hungry for it, I’ll play on.

His peers clearly believe Dwyer’s still got it in him – last year he was voted the FIH Player of the Year for the fifth time, two times more than any other male player in history.

The down-to-earth country boy, predictably, is too humble to talk himself up, but he’s gracious.

“It’s an honour, but not something I try to achieve or set out in my goals. I just want to become the best player I can.

“When I was growing up I always looked up to [Dutch legend] Teun de Nooijer as a big of a role model. He’s just retired at 36 and there’s not many old guys around anymore, so some of the young guys look up to me. I just look to do the best for my team and improve myself.” 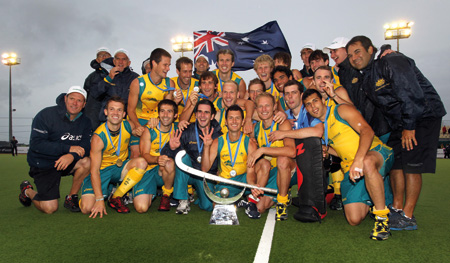 As defending champions and with a more in tact side than the world number one Germans ahead of the 34th Champions Trophy in Melbourne, Australia go into the tournament slight favourites.

The Aussies have won the past four versions of the event, but are now world number two behind their defeaters at the London Olympics.

“The German guys had a lot of players retire after the Olympics, so it’ll be interesting to see how they’re going for the Trophy,” Australian captain Jamie Dwyer says.

Curious composition of the Champions Trophy’s eight teams means some of the top-ranked teams (Spain, Korea, Belgium) won’t be there.

The top five from the previous tournament qualify automatically, while the FIH executive board pick the rest – they’ve gone with India, England and Pakistan, all competitive nations, especially the Poms, who are much improved.

Guide to buying a car or campervan in Australia