Groups of tourists walking side-by-side, blocking the pavement is the classic bugbear for anyone trying to get from A to B, and now a study indicates just what kind of impact it has.

Ambling tourists rile some 67 per cent of Londoners, who, it is fair to say are readying themselves for an invasion of foreign bodies ahead of the Olympics.

Tourists should also think twice about congregating at the bottom of escalators, for 61 per cent of Londoners admit it can really get their blood boiling.

Additionally, just over half of Londoners (51 per cent) get fractious when tourists walk slowly in congested areas. 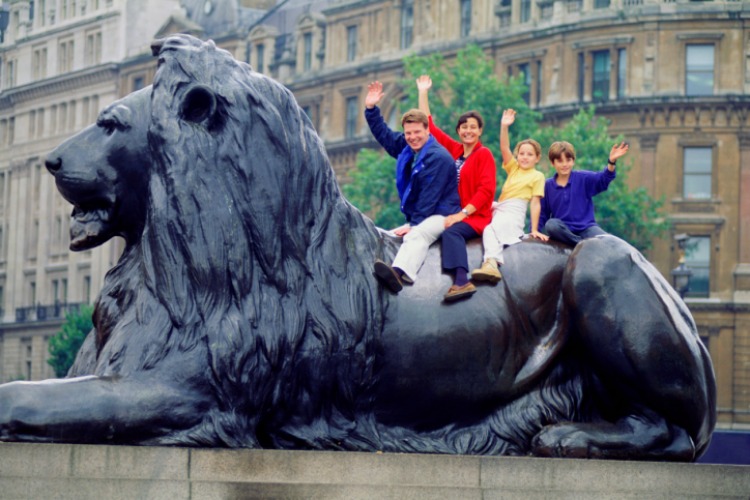 Do you secretly wish this lion was real?

According to the YouGov survey, commissioned by the social travel company wimdu.co.uk, Londoners aged 45-54 are the most likely to blow their tops at the capital’s visitors, especially those who stand on the wrong side of the escalator, or who carry a load of luggage through rush hour pedestrian traffic.

Karim Hardane, Managing Director of Wimdu UK said: “We all have our gripes when it comes to tourists in London, mine tends to be standing on the wrong side of the escalator! The surge in visitors during the Olympics will be great for the economy but tourists should do their research to know the quirks of London. Londoners take note: they won’t know the quirks immediately, so why not befriend a tourist to show them the way?”

Not all the results indicate that Londoners are an inhospitable bunch.

However, they should steer clear of 25-34-year-old Londoners, 13 per cent of whom found it irritating when tourists ask for directions, compared to only 2 per cent 35 – 44 year olds.