The ten biggest sports event to watch in 2014

The Wimbledon final is quite possibly the quintessential sports event in the UK. Following two weeks of rain, strawberries and Cliff Richard, the British public will be hoping the likes of Andy Murray and Laura Robson can reach the finals weekend in 2014.

Golf’s major events are always fascinating to watch, and 2014′s UK Open should be no different. It will be held in Liverpool in July, with plenty of Britons expected to be in the running alongside the usual names. Then, at the end of the summer comes Europe vs. America: The Ryder Cup at Gleneagles in Scotland.

May throws together back-to-back weekends with two great sports events in the world of football. The FA Cup final will be followed a week later by the increasingly popular Champions League final – Manchester United, Manchester City, Chelsea and Arsenal are all hoping to make it to Lisbon.

England looked good in the recent rugby internationals, and will be keen to win the upcoming Six Nations. Last season Wales stole it away from them in the final game, so England will be seeking revenge when the two countries meet at Twickenham in March in what could be a title deciding sports event. 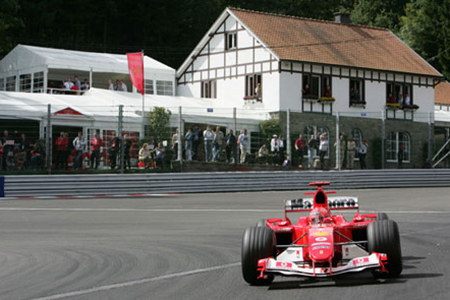 England swept Australia away in the summer of 2013′s Ashes series, but can they do the same down under this winter? If the series goes down to the fifth test, then 2014 sports events could kick off with a classic in Sydney.

Unlikely to yield the same results as Great Britain’s historic, medal-laden summer of 2012, the Winter Olympics in Sochi, Russia should grip a few people in February – it maybe good for an office sweepstake on number of medals Team GB will win at this sports event too.

The version of cricket brought in to appeal to the masses has its World Cup in Bangladesh next year. Can England make the final of this fairly new sports event?

Sebastian Vettel has dominated Formula One in recent years – will 2014 prove any different? British fans will at least be hoping for a UK winner when the Silverstone race comes around next summer.

An increasing interest in American Football allows the Super Bowl to squeak into 10th position. The perfect sports event/excuse to get your friends round on a Sunday night, drink beer and eat junk food, while pretending you care about the Patriots or Broncos – although a London franchise may lead to a genuine team to support in this sports event in the future.

This article was written by Mike Riches on behalf of Printsome.