The Viking Festival: 10 reasons to visit York in February

“The JORVIK Viking Festival was launched back in 1984, and has gone from strength to strength each year – children who attended our early festivals are now bringing their children back for a taste of the Viking life,” says festival director, Danielle Daglan.  “We make sure that the week has something for everyone, from free encampments, parades and activities to our spectacular grand finale event, a dramatic live combat event with music and fireworks, which this year, will tell the story of Canute, the forgotten king.”

Check out Danielle’s top 10 things that you shouldn’t miss as part of the 2016 JORVIK Viking Festival:

March to Coppergate (Saturday 20 February, 1.30pm) – a parade through the streets of York.  Join hundreds of Vikings as they muster in Dean’s Park, next to York Minster, or stand along the route to Coppergate to see the fearsome warriors walk past.  Free event

Best Beard Contest (Saturday 20 February, 3pm) – whether your beard has taken years of careful cultivation, or has been fabricated using wool and glue, JORVIK’s Vikings want to see your beard at the JORVIK Viking Festival’s Parliament Street encampment!  Open to all ages (and genders), this whiskerfest is hugely competitive!  Free event 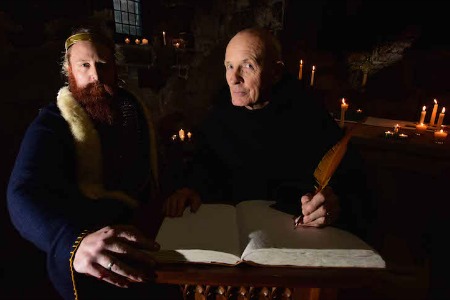 Brawl at the Guildhall: Strongest Viking Competition (Saturday 20 February, 10am) With entrants from all over the country and beyond, this is a trial of strength like no other, testing skill, endurance and stamina to crown the strongest Viking of 2016!  Tickets £4 adult, £3 child, prebooking recommended.

Living history encampments (daily, Monday 15 – Saturday 20 February)  This year, the JORVIK Viking Festival has not one but two living history encampments, one outside the JORVIK Viking Centre in Coppergate, and a second in Parliament Street where visitors can chat to Vikings, hear stories of King Canute, and Monday to Thursday, see the animals that the Vikings farm in a special Viking Steading.  Free event

Beowulf by Candlelight (Thursday 18 & Friday 19 February, 17.30pm)– a sell-out event for the last three years, this imaginative retelling of the Beowulf story by Peter Carrington-Porter will have your heart pounding as the story reaches its gripping climax, in the atmospheric candle-lit setting of St Helen’s Church.  Tickets £7.50 adult, £5.50 concession, £4.50 child, prebooking advised.

Lecture programme – with the JORVIK Viking Festival’s roots firmly grounded in the city’s archaeology, which fundamentally changed our understanding of the Vikings, a programme of lectures and talks by top national and international academics provides an accessible insight into what we know about the Norse invaders, from their language (Vikings In Your Vocabulary, 16 February, 14:30) to their poetry (In Praise of King Canute: Norse poetry from England, 16 February, 19:00). 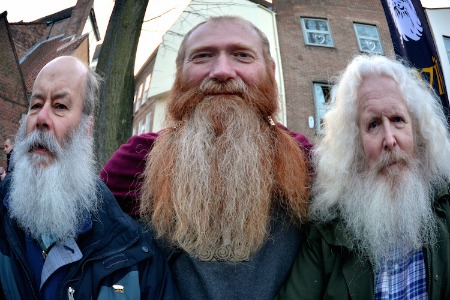 JORVIK Viking Centre itself – open daily.  Explore York’s Viking heritage in this unique attraction, built on the site of York Archaeological Trust’s original Viking dig in the 1970s, and see Coppergate as it would have looked in the 10th century with a stunning recreation of part of the Viking city of Jorvik. Tickets £10.25 adult, £8.25 concessions, £7.25 children.  Family tickets £30.95 (two adults and two children) or £32.95 (two adults and three children).

Class of the week: Swing Dancing at Swingpatrol, London