Initially, her latest three-hander (little more than an hour long and which she directs herself) looks as though it’s going to be a satire on bureaucratic behaviour. But character Three (there are no names) is visibly ill at ease as she’s guided along anonymous, neon-lit, monochrome corridors by One and Two in a time specified as “nearly now”. A serious crime has been committed and the lives of Three and her unseen family have been broken apart. Now, she has a decision to announce – and it’s a tough one with irreversible consequences she’ll live with forever. 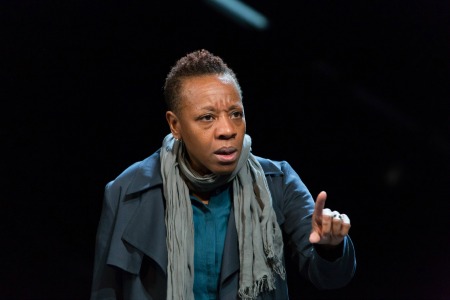 It would be a shame to give too much away – tucker green’s truncated dialogue trickles information bit by bit, interspersing it with the practised, protocol-bound jargon of Claire Rushbrook’s senior official One and the role-play learnt comments of more junior Two (Shane Zaza) with his rash tendency to overstep the mark. It makes for tense, disturbing viewing, and, as Three, Marianne Jean-Baptiste is utterly convincing – a middle-aged black woman who, after a wait that has lasted years, has, for once, ultimate power in her hands.

$57m put up to buy out irrigators