Richard Bean may have had a huge hit with ”One Man, Two Guvnors” but The Mentalists, a shortish two-hander which had a limited run in a small space back in 2002, feels very much like a series of jokes in search of a story.

Before he took to writing plays, Bean studied psychology and worked as a stand-up comedian, but this attempt to merge the three skills is far too insubstantial for a West End stage. In an unimposing hotel room in Finsbury Park, middle-aged fleet manager Ted has enlisted the help of his old mate, hairdresser Morrie. Despite his bravado, things aren’t going too well for loser Ted – but now, heavily influenced by the writings of the behavioural psychologist B.F. Skinner, he believes he can sell tickets to paradise at £29.99 a go and wants Morrie, with his sideline in soft porn, to shoot the promotional video for his Utopian commune. 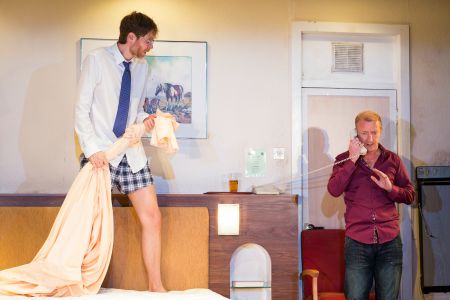 There are some snappy one-liners and a batch of decent gags, and there’s nothing wrong with the performances of gangly Stephen Merchant (from “The Office” ) or camp Steffan Rhodri either. They do what they can with the material, but as drama it’s all rather disjointed and really doesn’t merit a revival on this scale.

Better to head round the corner to catch some nifty magic tricks and illusions courtesy of the ”Impossible” crew. Yes, the old favourites are there – sleight of hand card tricks, one sexy female assistant being sawn in half, another helping out as target practice for her cross-bow armed husband (who, Houdini style, also risks being burnt to a crisp if he fails to extricate himself from a straitjacket in time) . But most have an additional twist to them, or like Jamie Allan’s rather beautiful illusions, make use of modern technology to add an extra dimension. 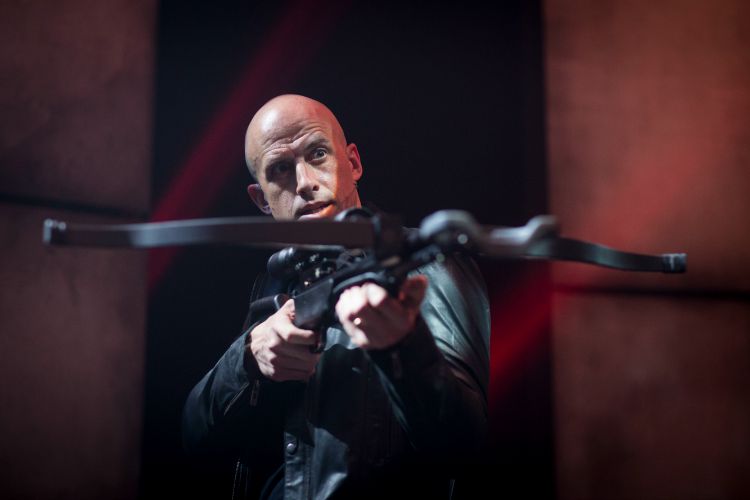 The pace rarely flags and, though it’s intriguing viewing these tricks at home on the box, it’s so much more impressive when you’re right there as they happen. Big screens ensure that you can see every move of Ben Hart’s card and rope tricks – even from up in the gods – and boyish mind-reader Chris Cox involves everyone in his mind-bending display – how could he possibly divine that one chap had a hamster called Colin? There’s levitation by laser, escape from a water-filled tank, and seemingly impossible transportation in a show that’s great fun for kids and adults alike. 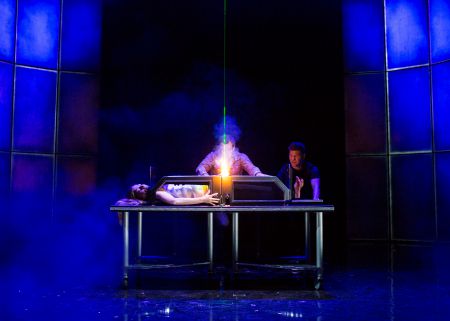