Three people are known to have been killed during by the tornado which hit on Thursday afternoon.

One died after being hit by a falling tree and two others were reportedly killed when a slab of concrete fell onto a truck.

Scores more have been injured and made homeless as a result of the storm’s devastating effects as trees were torn out of the ground and roofs were ripped off of homes and commercial properties.

“About 150 homes have been displaced at Whenuapai and many have been deemed uninhabitable or are without power,” a statement by the Civil Defence Office said. 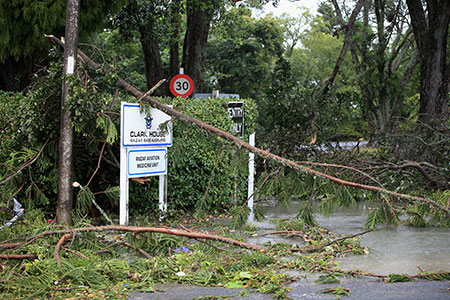 The Black Seeds at Electric Ballroom