Thrilling Casino Games That You May Have Overlooked

Just as products the supermarket wants you to buy can be set at eyelevel on the shelves, games the casino wants you to play will be front and centre of the site. It’s not exactly a nefarious practice, it may simply mean the casino is obliged the promote games from a specific software provider.

However, it does beg the question about what games are ‘buried’ deep inside the casino’s site. Don’t forget, a casino could have hundreds of games, so some get overlooked just like that bag of gluten-free barley rice in your local supermarket.

We have picked a few lesser-spotted casino games that are worth a second look:

Craps is an iconic casino game, one that has been immortalised in movies like Guys and Dolls, Hard Eight and Oceans Thirteen. However, it never really flourished in the online world in the same way as blackjack, roulette and slots. Part of the issue is that craps was always a communal game, with players sharing the dice at the table. Indeed, many major online casinos don’t stock the game at all. But it’s a fun game, perfect for those who like to use math for their strategy.

Keno has been around – in some form – since the 19th century, but some trace its history way back to the Han Dynasty in China 3000 years ago. It’s popular all over the world, a kind of universal hybrid between a bingo and lottery game. However, it’s plenty of fun, and can has some very big payout potential. You can find Keno in the arcade section of Mansion Casino: sign up and start playing the latest arcade games at Mansion Casino now. Indeed, you will find lots of little overlooked gems at that casino, including Heads or Tails, Paper, Scissors, Rock, Jackpot Darts and Derby Day, which we cover below.

Many of us will remember visiting arcades in our youth, where they would have those plastic horses running, allowing you to place bets at different odds. You still might find them in places like Brighton or Blackpool today. Anyway, the same rules apply to the online version of that childhood classic, with the best version being Playtech’s Derby Day.

Bagatelle is many things, including the name of an 1970’s Irish rock band who are said to have inspired U2, but its most famous incarnation is that of a roulette type casino game. Bagatelle’s rules were, in fact, formed during the reigns of Louis XIV and Louis XVI in France. It also inspired many other games we see today, including pinball and the Japanese craze, pachinko. It’s obviously quite different at online casinos, but it’s worth a look to experience something different than the norm. 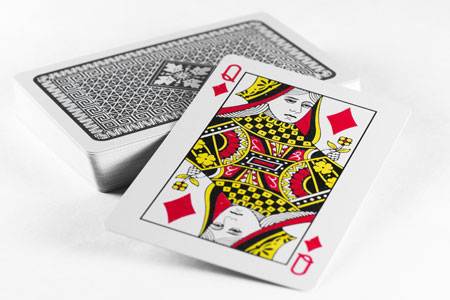 If you head to the bar at one of the mega casinos in Las Vegas, you will likely see some video poker games built into the physical bar-top. They are ubiquitous in Sin City – they’d probably put them in the bedrooms if the could. Video pokers, which look pretty much like they did 20 years ago, don’t often get that much attention at modern online casinos. They have, however, a hidden secret that not all casino players will be aware of; namely, video poker games normally have a higher RTP (average returns to player) than slots. This doesn’t mean you are guaranteed to win, of course, but it does mean that they will pay back more money over time. Good to know.

Dealing with nightmare landlords: know your rights as a tenant